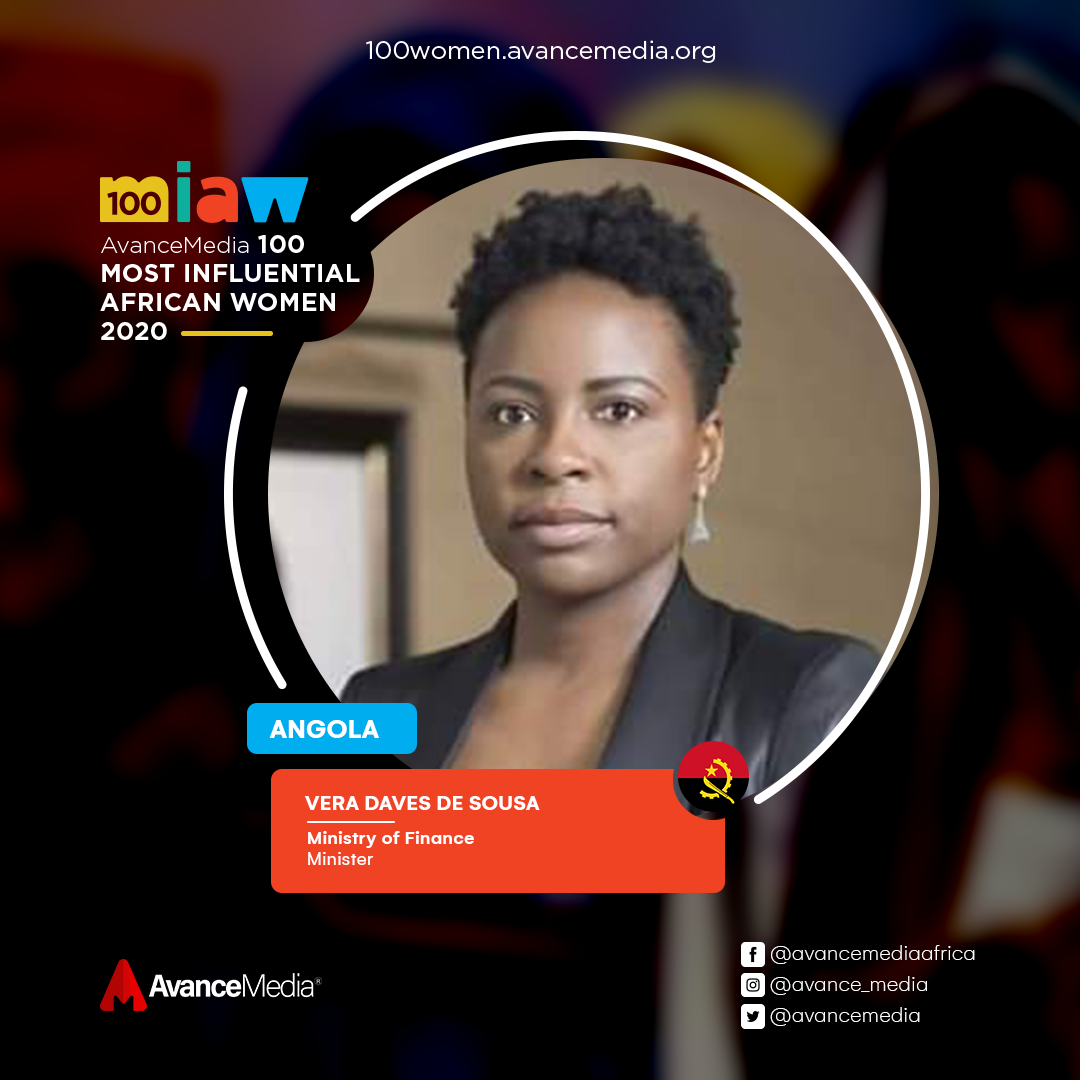 In Angola, Vera Daves De Sousa received her appointment as the only female country’s Minister of Finance at age 35. She previously served as Secretary of State for Finance and Treasury and became the first woman ever to lead Angola’s Finance ministry. She is now tasked with reviving an oil-based economy suffering its worst recession since the civil war ended in 2002.

She also previously served in the Markets and Capitals Commission and but gained visibility as a regular economic commentator on several media programs.

In an interview with Bloomberg, Vera disclosed her determination to reduce the presence of the state and diversify the economy as the country still hugely relies on revenue from crude oil export.

She was born in Luanda and has a degree in Economics from the Catholic University of Angola (UCAN). She also has several certificates in finance, management, and leadership and is the co-author of a book on Public Finance.