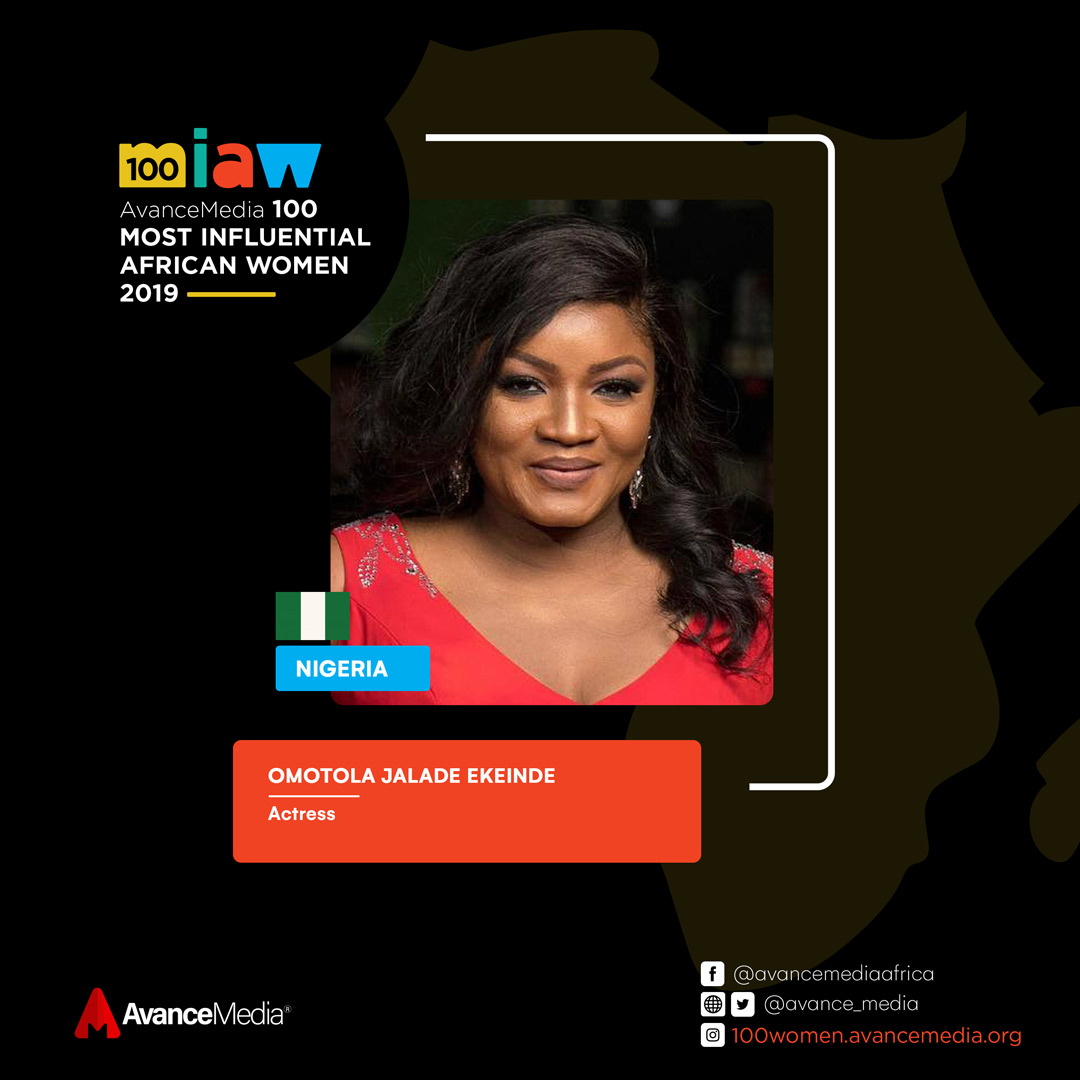 Omotola Jalade Ekeinde MFR is a Nigerian actress, singer, philanthropist and former model. Since her Nollywood film debut in 1995, the leading actress has appeared in 300 films, selling millions of video copies. After receiving numerous high-profile awards, launching a music career, and amassing an enviable fan base, the press has revered the Screen Nation “Best Actress” as the “African Magic”.Beyond her show business accomplishments, she is also applauded for her remarkable humanitarian efforts. Omotola is one of the pioneers of the video film era of Nigerian cinema, becoming the most watched actress in Africa. In 2013, she was honoured in Time magazine’s list of the 100 most influential people in the world alongside Michelle Obama, Beyoncé and Kate Middleton.

In 2014, she was honoured by the Nigerian government as a Member of the Order of the Federal Republic, MFR for her contributions to Nigerian cinema.