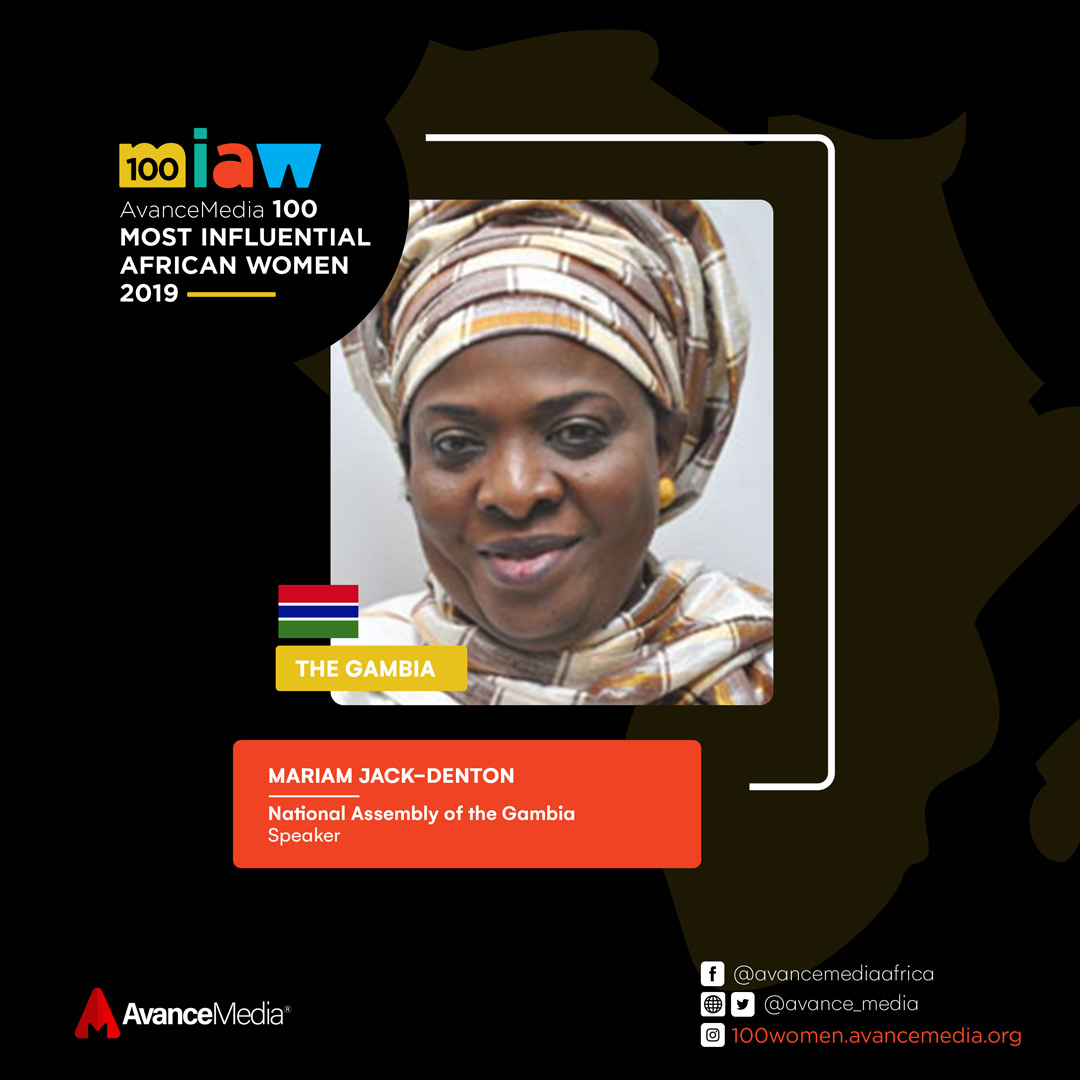 Mariam Jack-Denton
Speaker, National Assembly of the Gambia
The Gambia

Mariam Jack-Denton, also known as Ajaratou Mariam Denton, is a Gambian lawyer and politician who is the current Speaker of the National Assembly of the Gambia.

Jack-Denton trained as a barrister and became the first female Gambian to be called to the bar in the early 1980s. She worked as a state counsel and senior state counsel before becoming a legal advisor to the Governor of the Central Bank of The Gambia. She lost her job following the 1994 coup d’etat and began an independent practice.

Her barrister’s chambers are based at Serign Modou Sillah Street, Banjul. She also worked as a legal advisor to the United Democratic Party, the main opposition party during the Yahya Jammeh government. She was arrested in March 2006 and detained for three months following an attempted coup plot by a group of soldiers and civilians.

Mariam was named among the Inaugural List of 100 Most Influential African Women in 2019 by Avance Media.