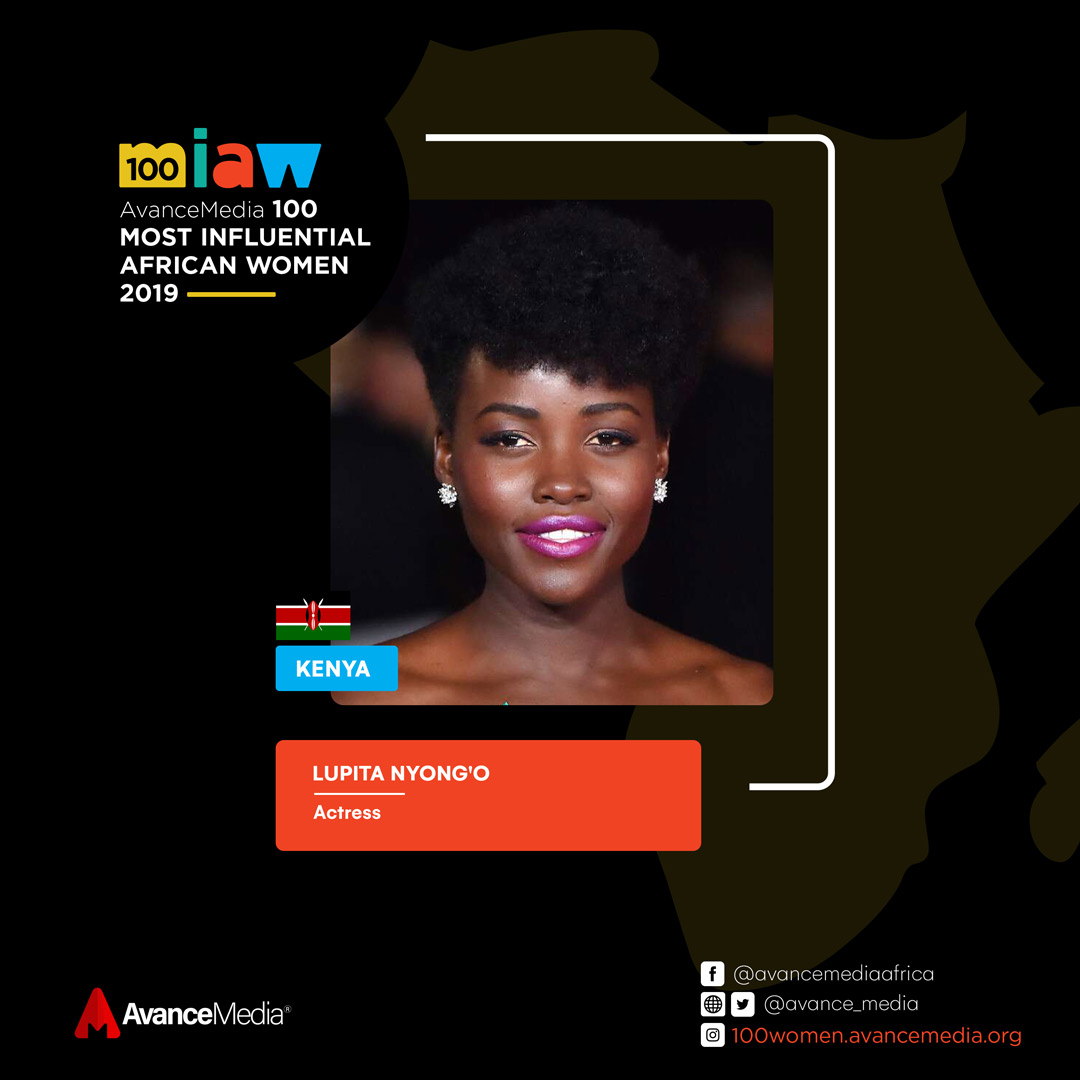 Lupita Amondi Nyong’o is a Kenyan-Mexican actress. The daughter of Kenyan politician Peter Anyang’ Nyong’o, she was born in Mexico City, where her father was teaching, and was raised in Kenya from the age of one. She attended college in the United States, earning a bachelor’s degree in film and theater studies from Hampshire College.Nyong’o began her career in Hollywood as a production assistant. In 2008, she made her acting debut with the short film East River and subsequently returned to Kenya to star in the television series Shuga (2009–2012).

Also in 2009, she wrote, produced and directed the documentary In My Genes. She then pursued a master’s degree in acting from the Yale School of Drama. Soon after her graduation, she had her first feature film role as Patsey in Steve McQueen’s historical drama 12 Years a Slave (2013), for which she received critical acclaim and won several awards, including the Academy Award for Best Supporting Actress. She became the first Kenyan and Mexican actress to win an Academy Award.

Nyong’o made her Broadway debut as a teenage orphan in the critically acclaimed play Eclipsed (2015), for which she was nominated for a Tony Award for Best Actress in a Play. Following a motion capture role as Maz Kanata in the Star Wars sequel trilogy and a voice role as Raksha in The Jungle Book (2016), Nyong’o starred as Nakia in the Marvel Cinematic Universe superhero film Black Panther (2018).

In addition to acting, Nyong’o supports historic preservation. She is vocal about preventing sexual harassment and working for women and animal rights. In 2014, she was named the most beautiful woman by People.