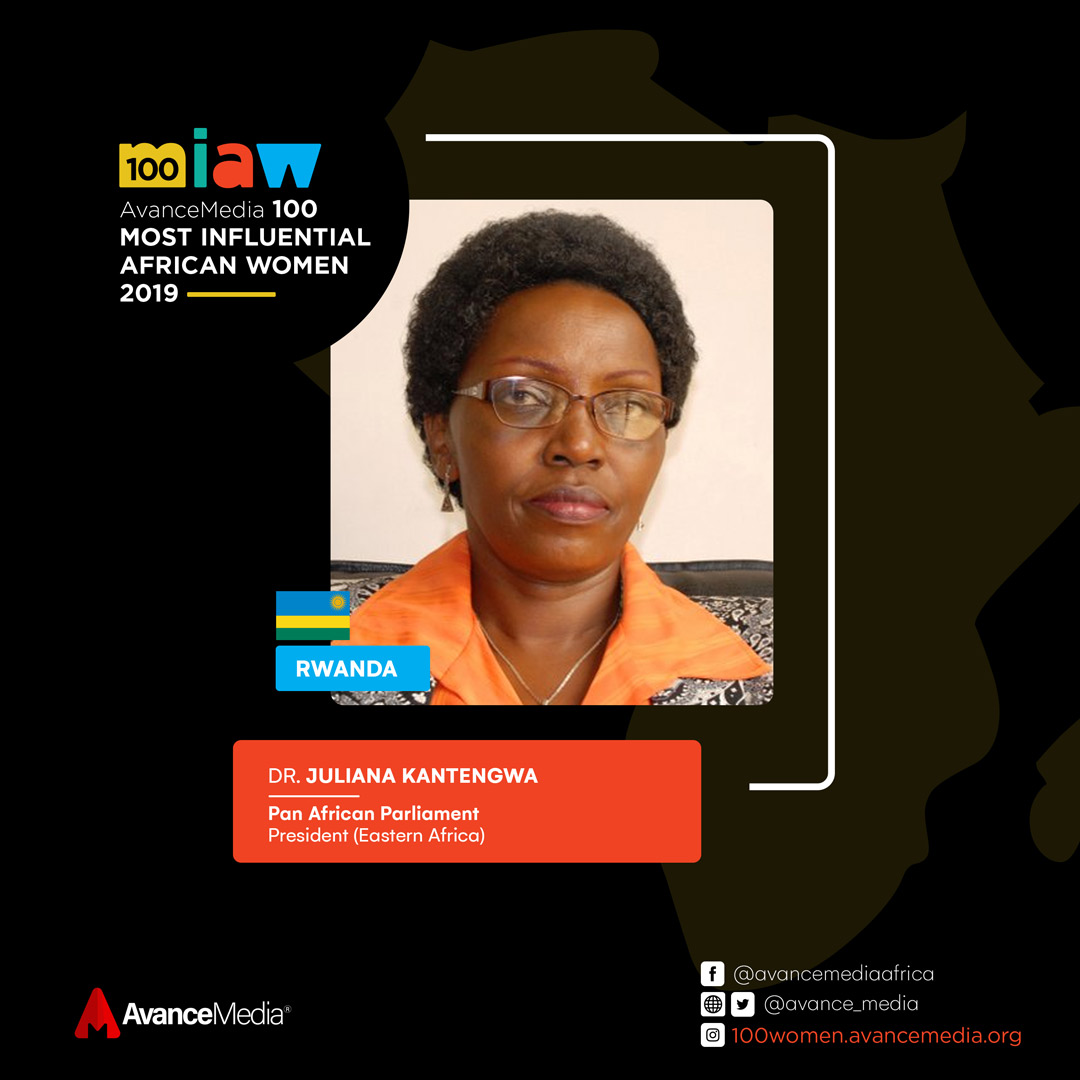 Known as one of the highest ranking female members of parliament in the world, Juliana Kantengwa serves as the President of the Pan African Parliament for the Eastern African Region, the legislative arm of the African Union.

She is also a member of the parliament of Rwanda and serves as chair of the chamber of deputies.

Dr Juliana was named among the Inaugural List of 100 Most Influential African Women in 2019 by Avance Media.