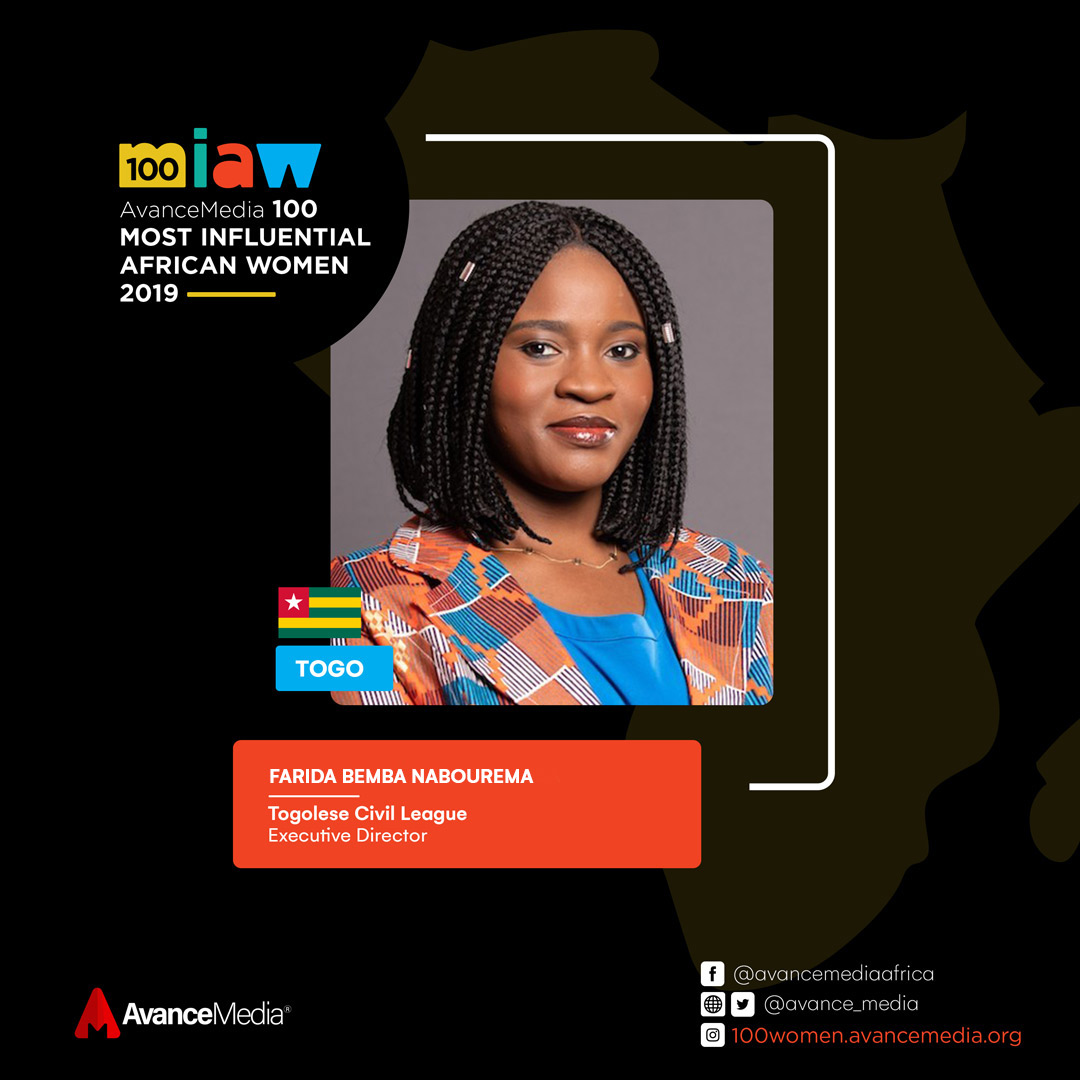 Farida Nabourema is a Togolese writer and blogger who began her career in activism when she was 13 years old.

In 2011, Nabourema co-founded the Faure Must Go movement, which has since become a hallmark of the Togolese struggle against Faure Gnassingbé’s oppressive rule. Today, she serves as the executive director of the Togolese Civil League, a group that mobilizes pro-democracy activists. Nabourema is also the author of “La Pression de l’oppression” (“The Pressure of Oppression”), a book of essays that discusses oppression throughout Africa and the importance of women and youth in the fight for freedom.

Nabourema uses social media platforms to spread awareness about injustices in Togo and to mobilize her peers to fight for change. She has been featured in the Nobel Women’s Initiative Activist Spotlight and was recognized by the Africa Youth Awards as the 2017 Advocate of the Year.

Farida was also named among the Inaugural List of 100 Most Influential African Women in 2019 by Avance Media.