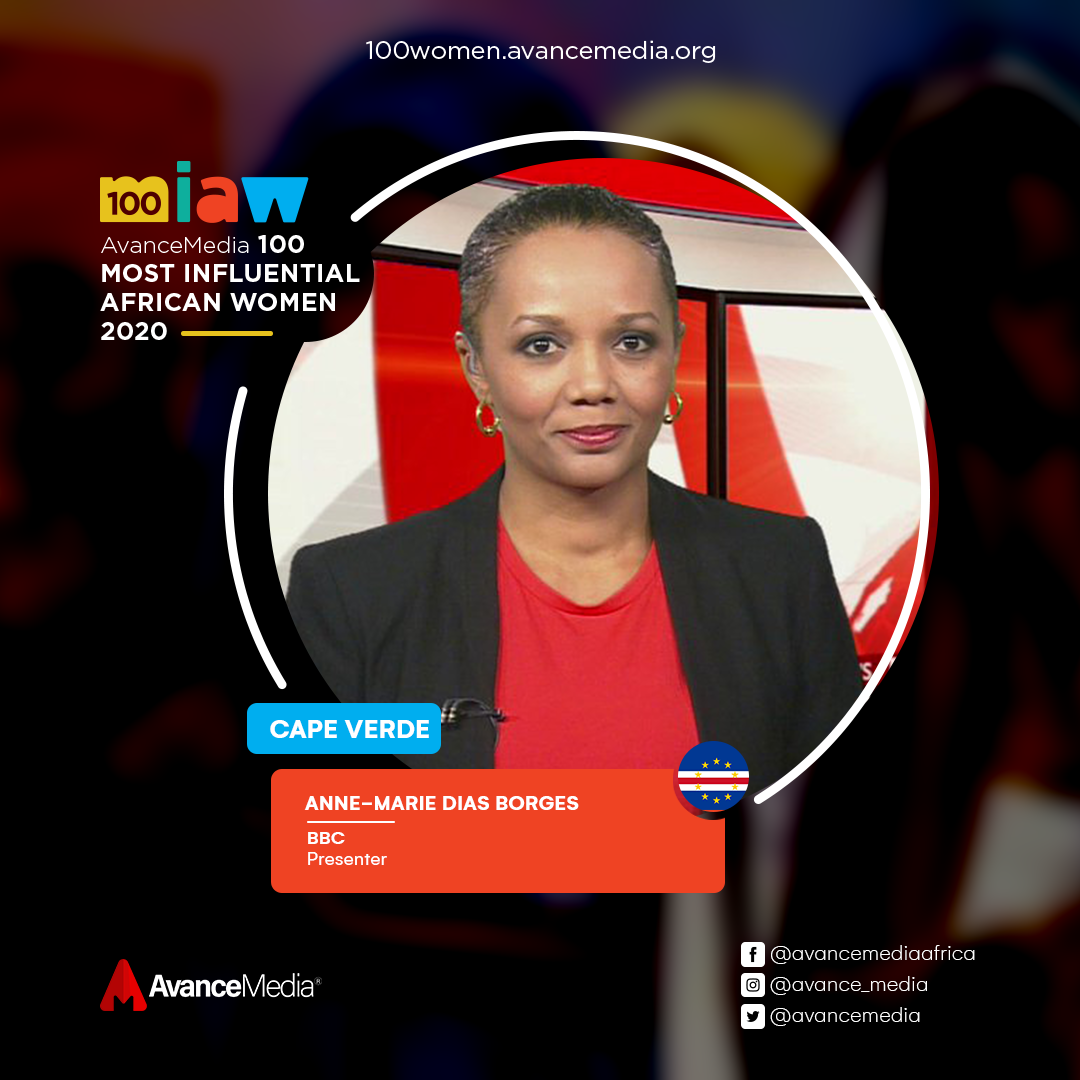 Anne-Marie Dias Borges is a Cape-Verdean journalist who is fluent in French, English, Portuguese and Spanish and has worked extensively in TV and radio over the past 18 years. She currently works as a TV Anchor and Producer for BBC Business in London.

Driven by an eagerness to connect to a wide range of audiences, Anne-Marie began her career in 2002 at BBC Afrique radio. During her 10 years at this network, she was voted “most popular presenter” on numerous occasions. In Paris, she worked as Chief Information Officer and TV Anchor for Africa24 TV – “The African CNN”! There, she hosted a weekly political TV debate called “Polititia”. The show was watched by millions of viewers each week and as a result, Anne-Marie became a household name in various francophone countries.