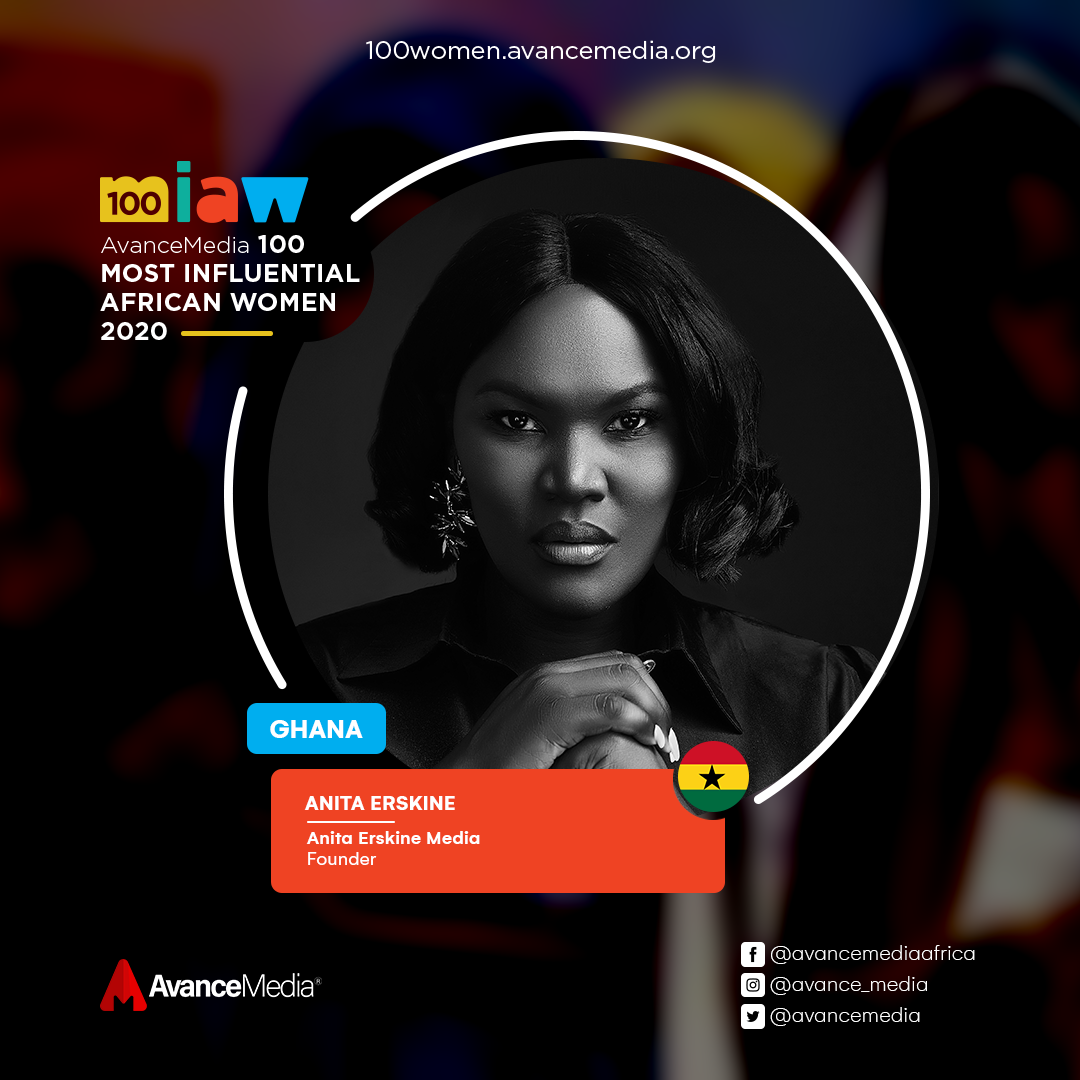 Anita Erskine is a Strategic Communications Specialist and Broadcast Journalist from Ghana. A Compère, TV Producer, Actress and Communications Trainer, Erskine is also an ardent advocate for the Sustainable Development Goals, Girls’ Education and Women in Leadership. She has driven this purpose by using her Media platforms and engagements to reach millions of women across the continent of Africa and through her self – funded scholarship scheme, Women’s Elevation Fund.

Since 1998, when she began her Broadcast Journalism career as a lifestyle TV On-Air Personality, Anita has developed a robust portfolio which also includes Strategic Communications in the Telecommunications, Food Processing, Non – Governmental Organizations, Governments and Diplomatic Missions. In 2020, Anita was chosen as Host and Advisor for the Jack Ma Foundation philanthropic flagship, Africa Netpreneur Prize Initiative, which is an ode to her commitment to boosting Africa’s socio-economic advancement through Entrepreneurship.

She has lent her voice and personality to the national behavioural change campaign in the fight against COVID 19 driven by WaterAid. Anita Erskine is highly committed to projecting the power and prowess of African Women and Women of African descent around the World.

Her show, Sheroes of Our Time, in its eight-season, features some of the Continent’s most prominent fighters for Gender Equality.