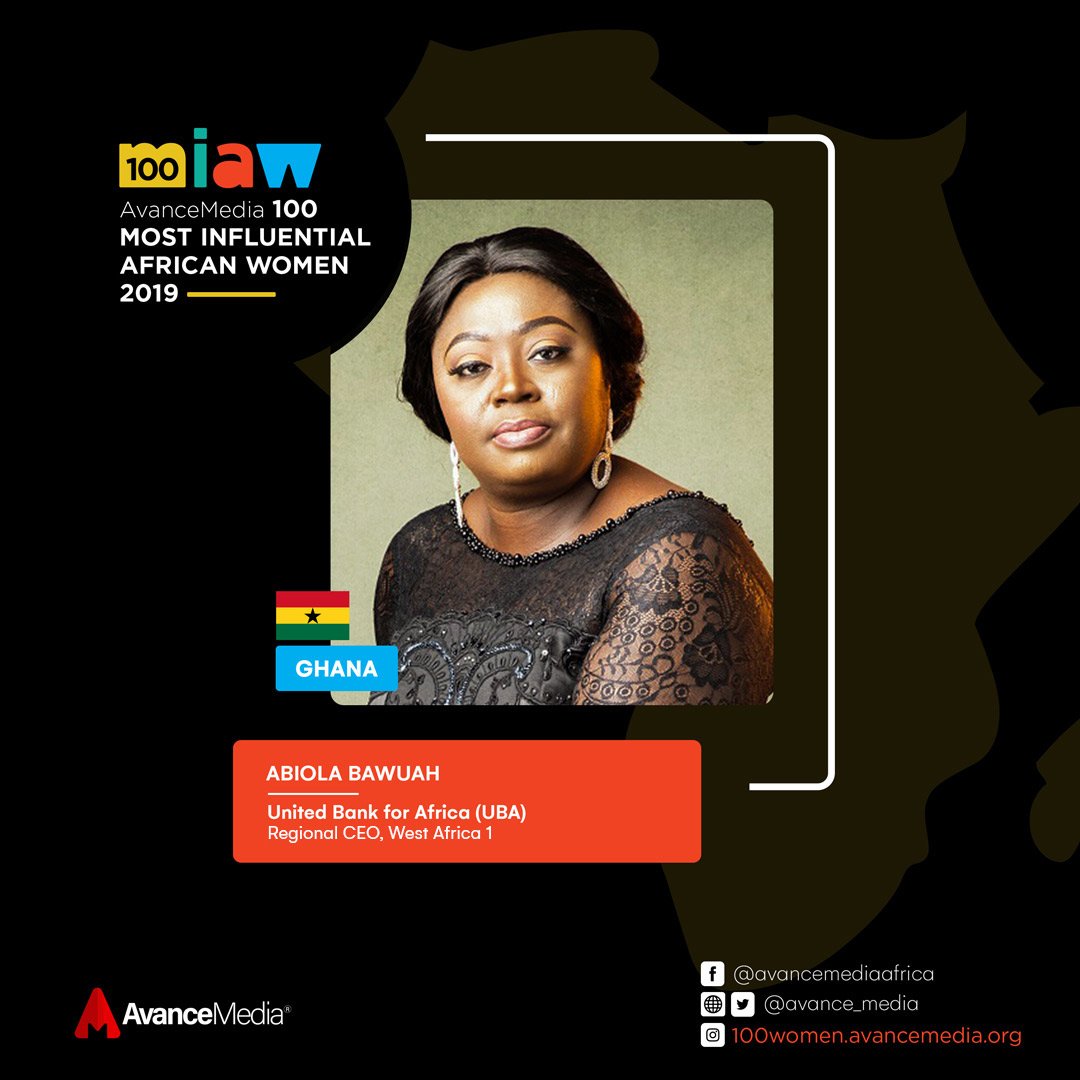 Abiola Bawuah is the Regional CEO, West Africa 1, overseeing the Group’s subsidiaries in Ghana, Benin Republic, Cote D’Ivoire, Liberia and Sierra Leone. Previously, she was the Managing Director/CEO of UBA Ghana, with enormous experience in retail banking and marketing. In 2013, she left Zenith Bank Ghana; where she was the Executive Director; having previously held the positions of the General Manager, Marketing and Group Head, Retail Banking; and joined UBA Ghana as Deputy Managing Director the same year. Mrs. Bawuah also worked with Standard Chartered Bank as the Head of Sales; with CAL Bank as Relationship Manager; Strategic African Securities as an authorized dealing broker and with the then Bentsi-Enchi and Letsa; now Bentsi-Enchil, Letsa and Ankomah law firm as an investment officer.

Abiola Bawuah was named among the Inaugural List of 100 Most Influential African Women in 2019 by Avance Media.