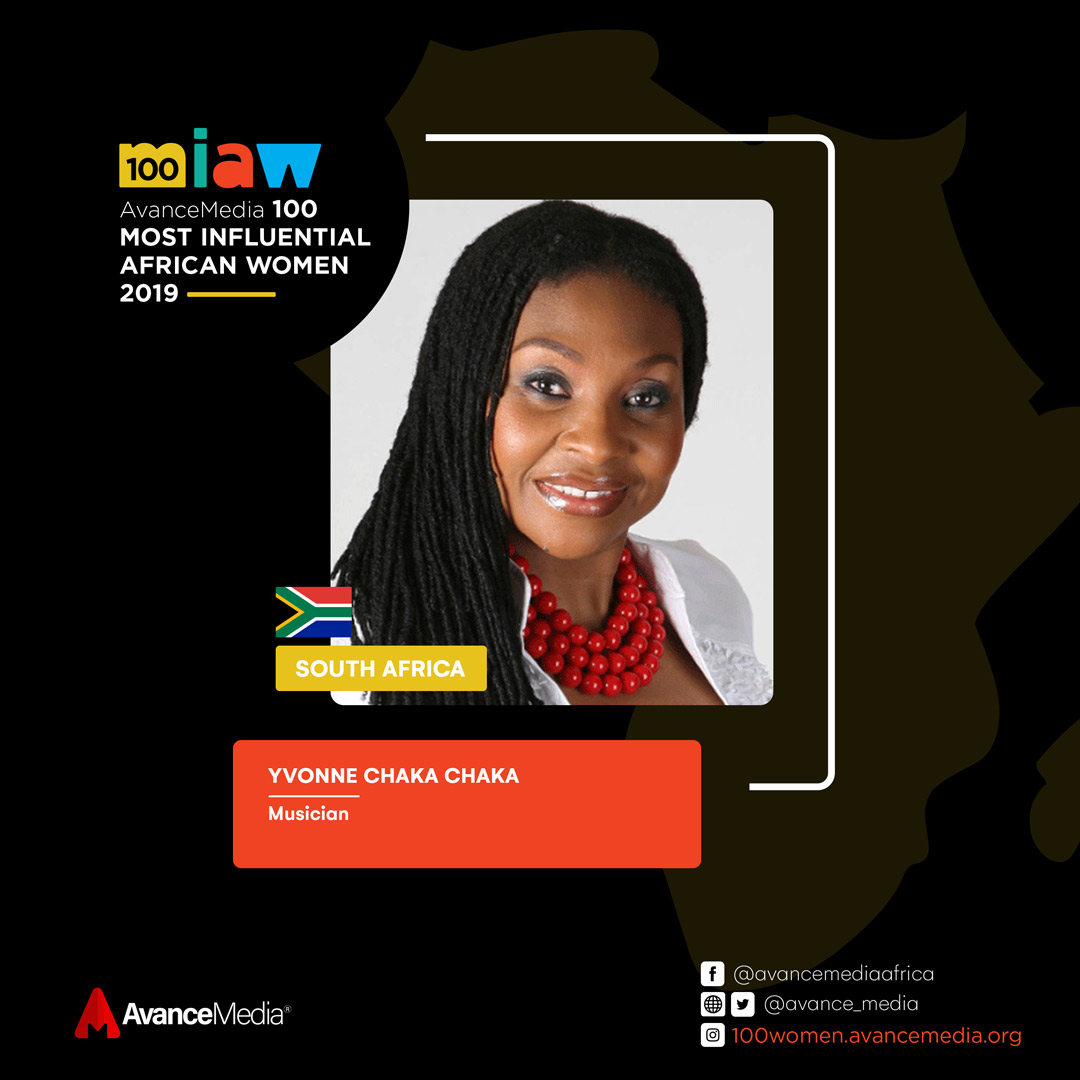 Yvonne Chaka Chaka is an internationally recognised South African singer, songwriter, entrepreneur, humanitarian and teacher. Dubbed the “Princess of Africa” (a name she received after a 1990 tour), Chaka Chaka has been at the forefront of South African popular music for 27 years and has been popular in Zimbabwe, Kenya, Gabon, Sierra Leone and Ivory Coast. Songs like “I’m Burning Up”, “Thank You Mr Dj”, “I Cry For Freedom”, “Motherland” and the ever-popular “Umqombothi” (“African Beer”) ensured Yvonne’s stardom. The song “Umqombothi” was featured in the opening scene of the 2004 movie Hotel Rwanda.As a young performer Yvonne was the first Black child to appear on South African television in 1981. Since then, she has shared the stage with persons such as Bono, Angelique Kidjo, Annie Lennox, Youssou N’Dour, the crossover group Appassionante, the classic rock band Queen and South Africans Johnny Clegg, Miriam Makeba and Hugh Masekela, to name a few.

She has performed for Queen Elizabeth II, US President Bill Clinton, South African President Thabo Mbeki and a host of other world leaders.

Yvonne is a champion for the Global Fund to Fight AIDS, TB and Malaria, the United Nations MDG Envoy for Africa, and the Goodwill Ambassador for the Roll Back Malaria Partnership. She was chosen by Nelson Mandela as the first ambassador for his children’s fund, and has also established her own charity, the Princess of Africa Foundation, using the name first given to her in Uganda. The Princess of Africa Foundation is a partner of the ACTION global health advocacy partnership.

In 2012, she was the first African woman to receive the World Economic Forum’s Crystal Award.

She teaches literacy part-time at the University of South Africa, sits on several boards of charitable organisations and NGOs, and serves on the board of the Johannesburg Tourism Company.

Yvonne was also  named among the Inaugural List of 100 Most Influential African Women in 2019 by Avance Media.