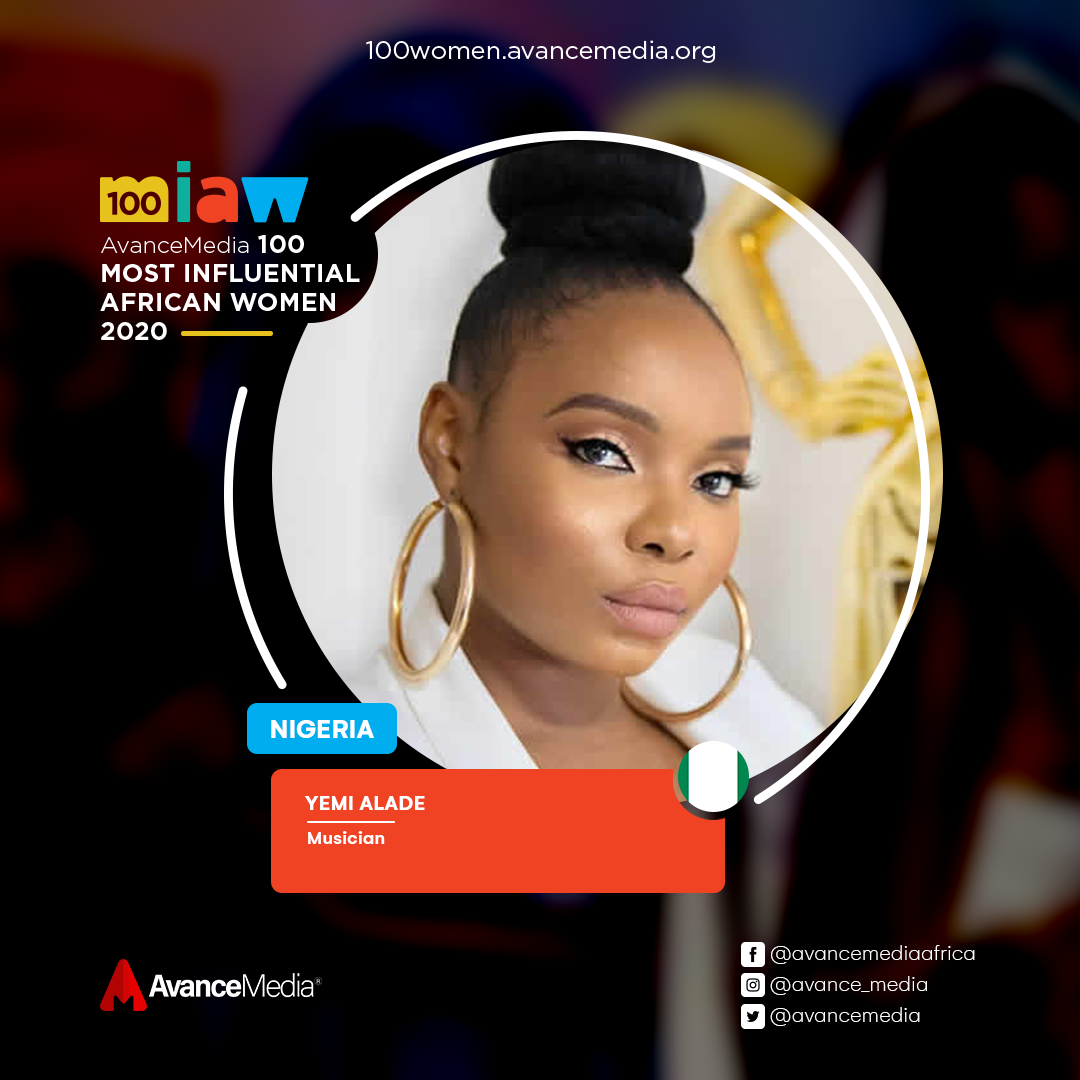 Yemi Alade began making music professionally in 2005 when she was the leader of a girl group called Noty Spices managed by Storm Management. Afterward, she entered the maiden edition of the Peak Talent Show in 2009 and went on to win the competition based on her talent as a singer and performer under the supervision of Bayo Omisore. Her debut single “Fimisile” featuring eLDee became a radio hit accompanied by an engaging music video that introduced her officially as a musical force and gained her fans across the continent.

Yemi Alade who has covered several magazines and performed across the globe sharing the stage and songs with Mary J. Blige, Shina Peters, M.I, Wizkid, Becca, May D, Waje and Yemi Sax headlined the Super Diva’s Nite at the 2013 Calabar Festival, and also was called upon to open the 2013 edition of the televised Headies Awards ceremony (popularly referred to as the Nigerian Grammys) with an electrifying performance.