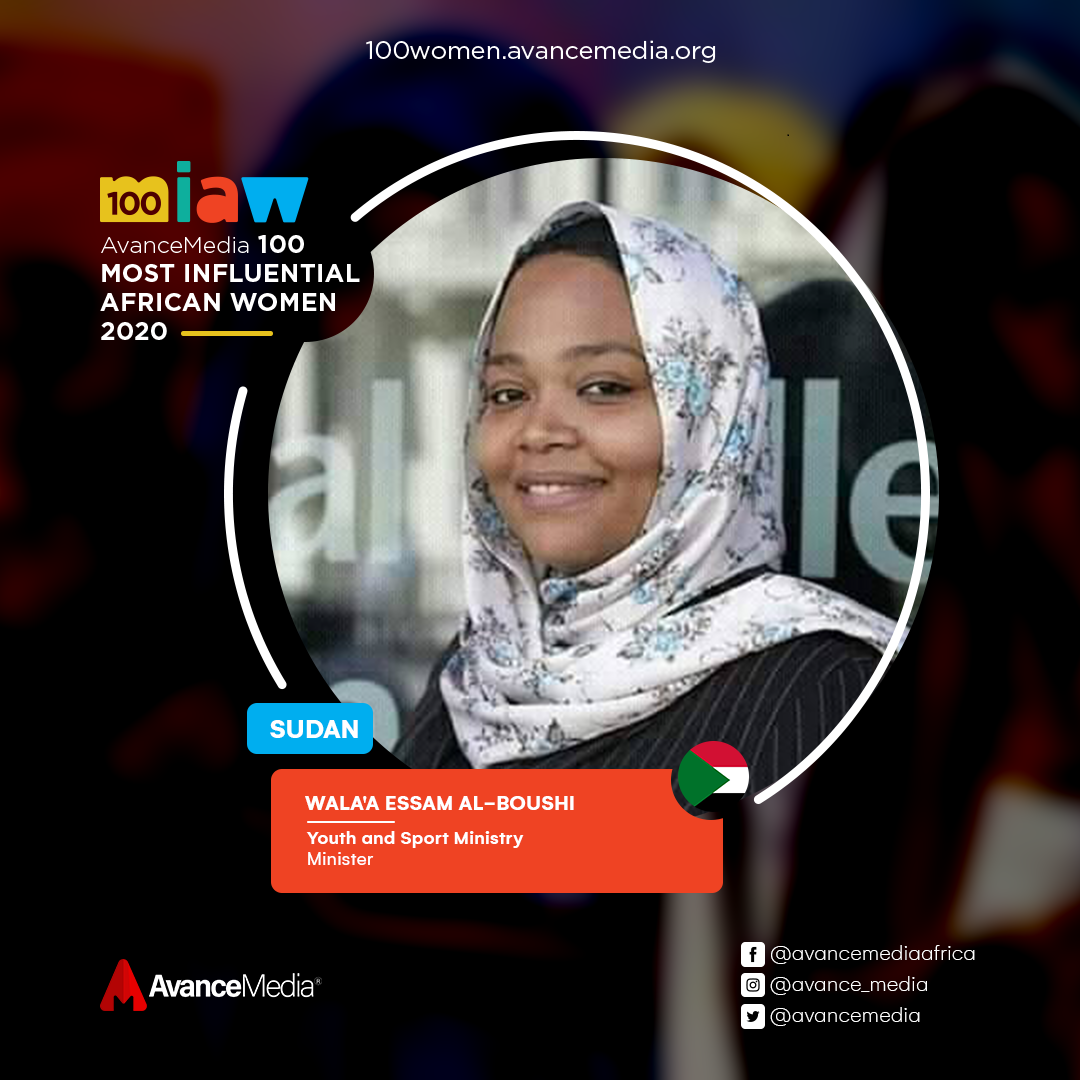 Wala’a Essam al-Boushi is a Sudanese activist who was appointed the Sudanese Minister of Youth and Sport in 2019.

Al-Boushi was born in 1986 in Wad Madani. She has a Master’s degree in Advanced Engineering Mechanics from Imperial College London.