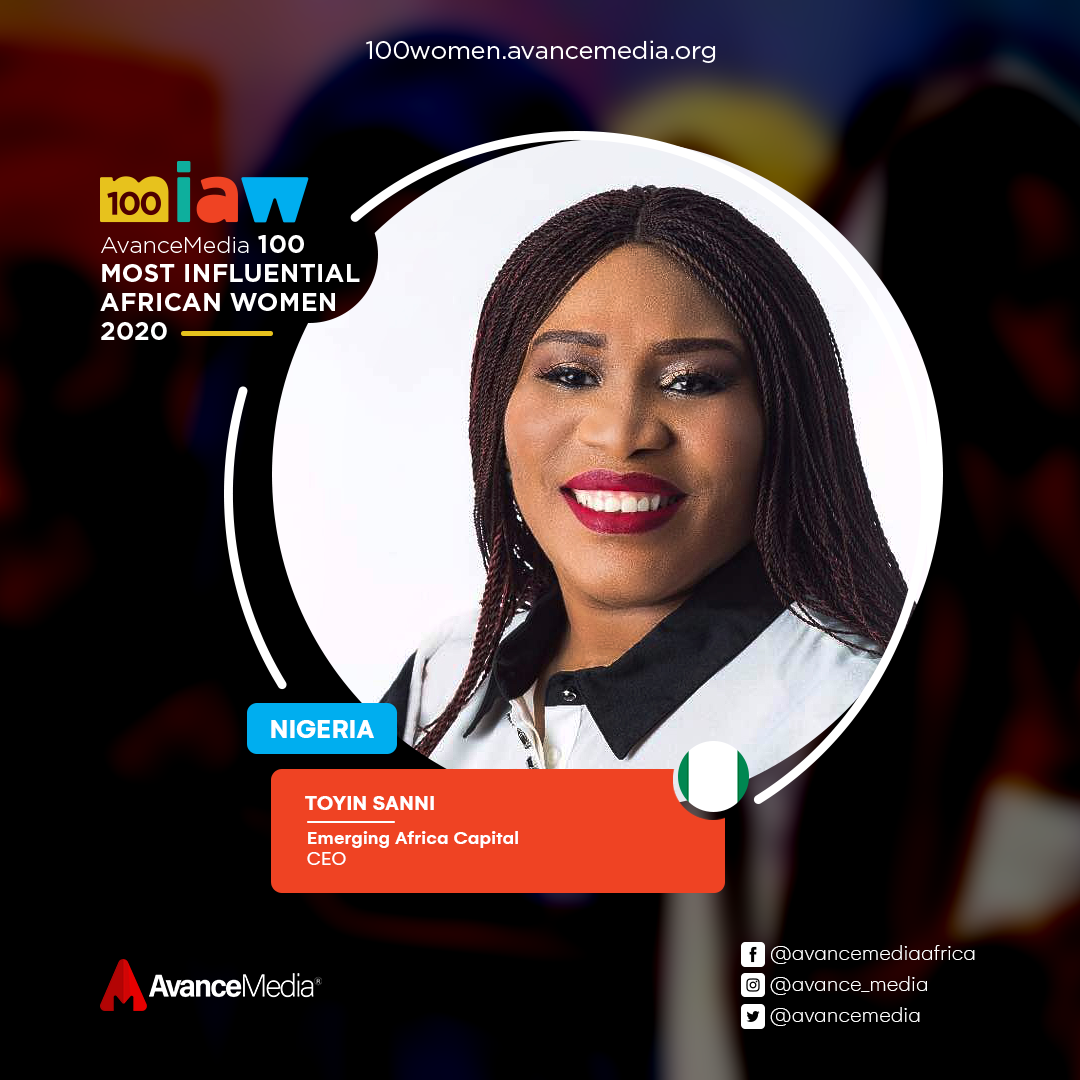 Toyin Sanni is currently the Group CEO of Emerging Africa Capital Group, a leading provider of financial services aimed to facilitate the investment process for and with African entities and individuals.

Toyin chairs the Financial Literacy Technical Committee (FLTC) of the Nigerian Capital Market. She is also the President of the Association of Investment Advisers and Portfolio Managers (IAPM); and Founder/Chairperson of Women in Finance Nigeria (WIFng) – an advocacy and development platform for women in the Nigerian financial sector.

She was named the All African Business Woman of the Year 2017 by CNBC Africa; and Nigeria’s CEO of the Year by Pearl Awards becoming the first female CEO to win the Award in its 22-year history. She also led her company to win the Best Corporate Governance, Highest Dividend Yield and Sectoral Award categories, clinching the Best Overall Company Award. Toyin also won the BusinessDay Top 25 CEO on the NSE Award in 2014, 2015 and 2016, amongst many other awards.

Before her appointment as Group Chief Executive Officer of United Capital, Toyin was Managing Director/Chief Executive Officer of UBA Trustees & Global Investor Services for 8 years during which she grew the Trust business from startup to a clear market leader. She also established and grew UBA’s domestic custody business to top 3 industry position.

Prior to her time at UBA Trustees, she was Managing Director of Cornerstone Trustees Limited where she established and supervised the Cornerstone group’s trusts, asset management equipment leasing businesses. She also served as Assistant General Manager – Trust Services at First Trustees, a part of the FBN Holdings Group, between 1999 and 2003.

Her other past roles include Chairperson, Annual Capital Market Retreat and Conference (2012-2014), President, Association of Trustees, Chairman, Committee on Custody of Securities and Member, National Bond Steering Committee amongst others.

Toyin sits on several Boards and has served on several industry and regional committees.