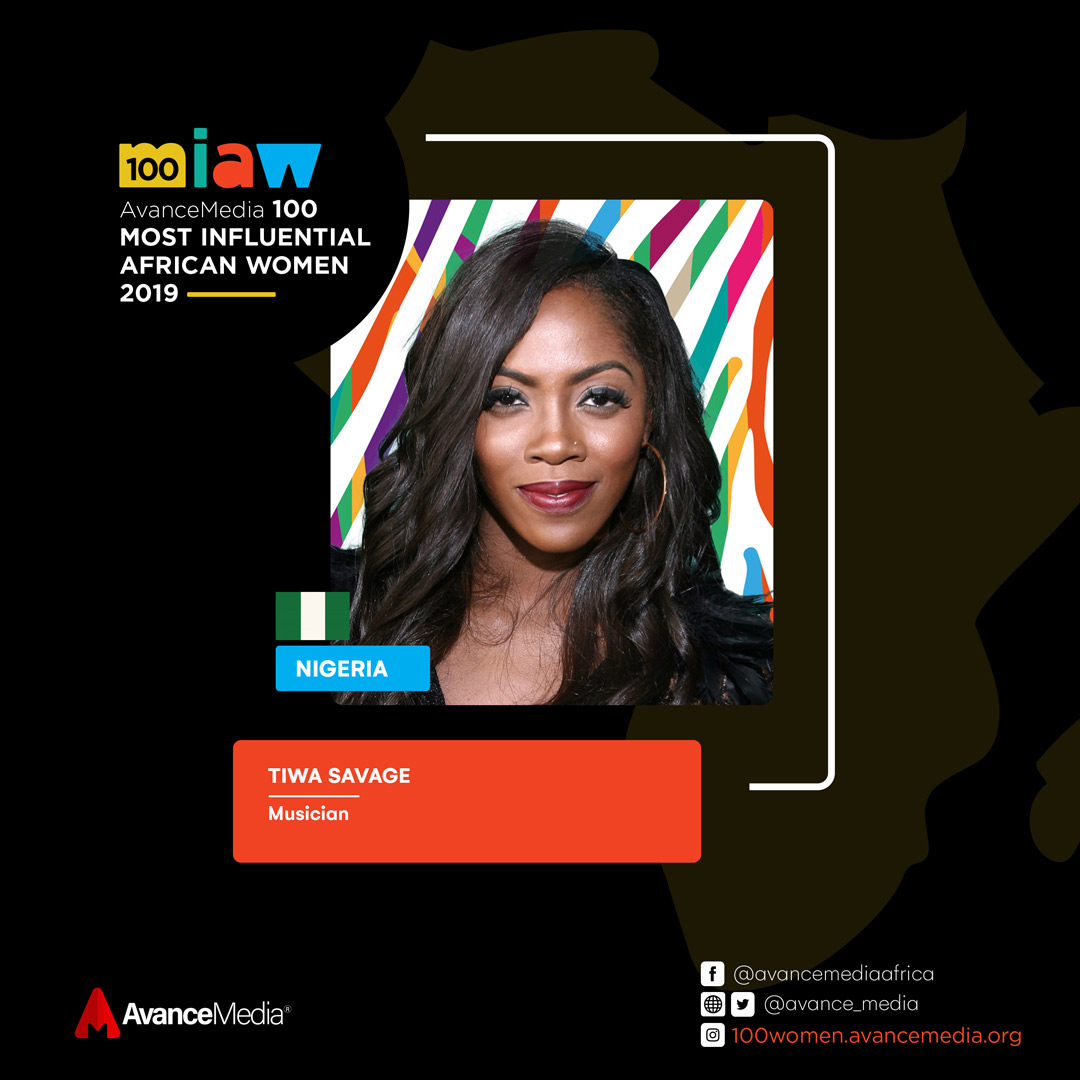 Tiwatope Savage-Balogun better known by her stage name Tiwa Savage, is a Nigerian singer, songwriter, performer and actress. She currently has a songwriting deal with Sony/ATV Music Publishing.Savage signed a recording contract with Mavin Records in 2012. Savage also signed a management and publishing deal with Roc Nation in June 2016, which she later confirmed via Instagram. She co-wrote the track “Collard Greens & Cornbread” off Fantasia Barrino’s Grammy-nominated album, Back to Me. Savage was featured on Solar Plexus, a compilation album released by Mavin Records. Her debut studio album, Once Upon a Time, was released on 3 July 2013. It was supported by the singles “Kele Kele Love”, “Love Me (3x)”, “Without My Heart”, “Ife Wa Gbona”, “Folarin”, “Olorun Mi” and “Eminado”. Savage’s second studio album, R.E.D, was released on 19 December 2015. It produced the singles “My Darlin'”, “African Waist” and “If I Start To Talk”. Savage sings in English and Yoruba.

Tiwa Savage was also  named among the Inaugural List of 100 Most Influential African Women in 2019 by Avance Media.