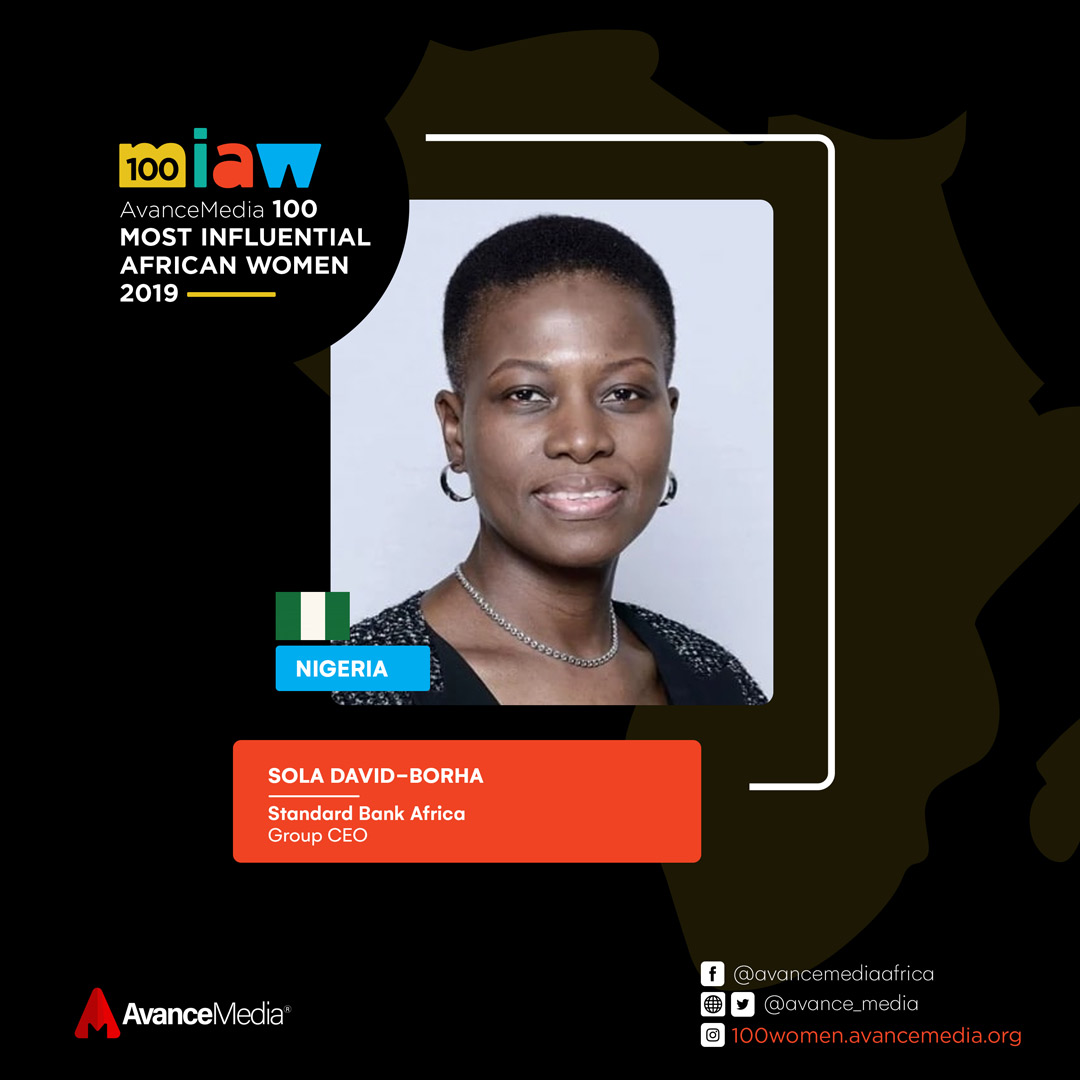 She served as the Chief Executive of Stanbic IBTC Bank Plc from May 2011 to November 2012 and served as its and Head of Investment Banking Coverage Africa (excluding South Africa) and Deputy Chief Executive Officer. She serves as the Vice Chairman of the Board of the Nigerian Economic Summit Group. She serves as Non-Executive Director on the Board of CR Services Credit Bureau PLC and the University of Ibadan Business School. She joined the Board of IBTC in July 1994.

She served as an Executive Director of IBTC Chartered Bank PLC. Mrs. David-Borha holds BS in Economics from the University of Ibadan, 1981 and obtained an MBA degree from Manchester Business School, United Kingdom, 1991. Her executive educational experience includes the Advanced Management Program (AMP) of the Harvard Business School and GCP (IESE, Wharton, CEIBS). She is an Honorary Fellow of the Chartered Institute of Bankers of Nigeria (CIBN).