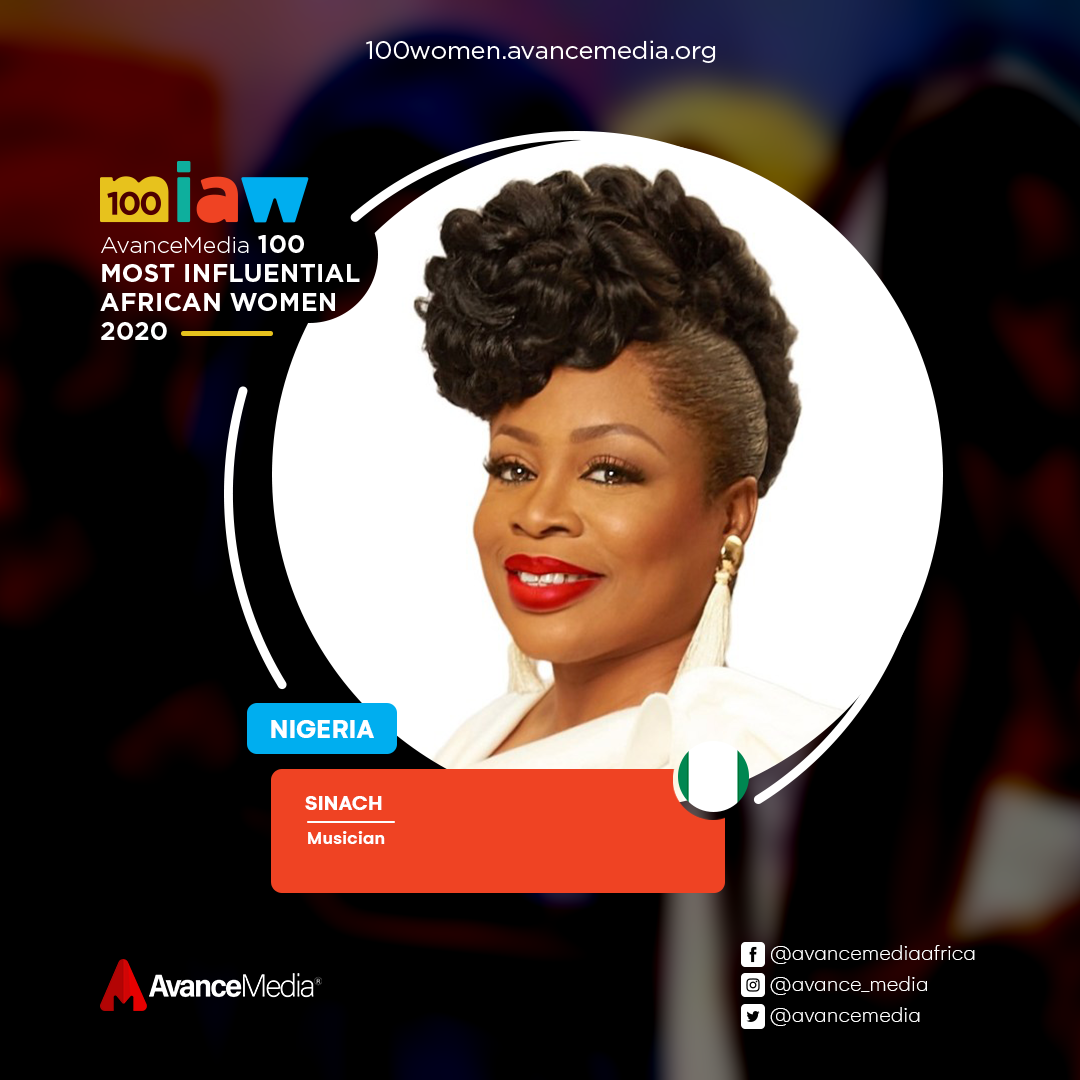 In May 2020, she became the first African artist to top the Billboard Christian Songwriters chart.

As a songwriter, Sinach has written over 200 songs and won several awards. Her song ‘This Is Your Season’ won the Song of the Year award in 2008. One of her most popular songs is ‘I Know Who I Am’. Sinach has performed and headlined concerts in over 50 countries.

She studied Physics and graduated from the University of Port Harcourt, Rivers State, Nigeria.