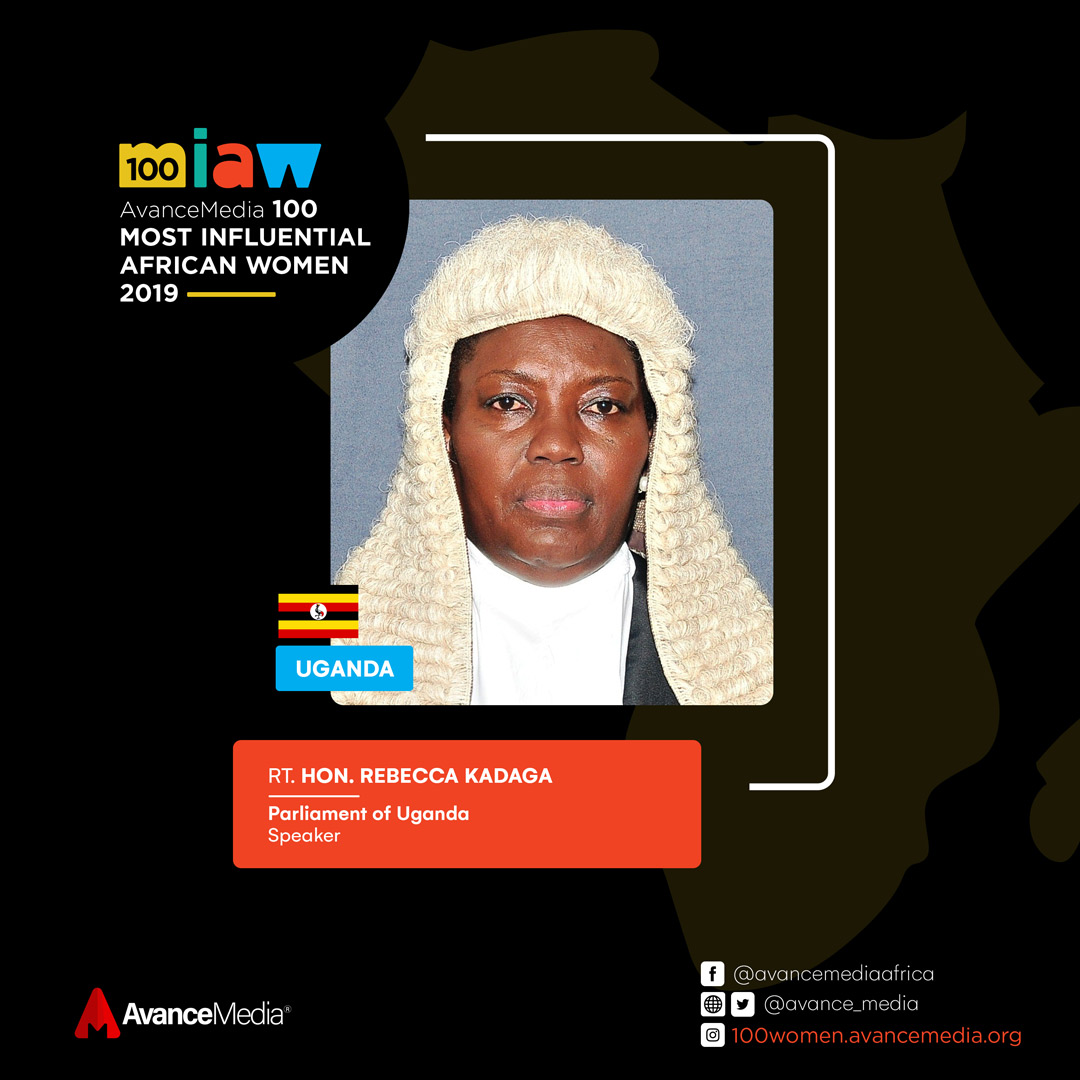 Rt. Hon. Rebecca A. Kadaga is the Speaker of Parliament of Uganda, elected for a second term in May, 2016 – the third position in the hierarchy of National Leadership in Uganda after the President and the Vice President.

She is an Advocate having been enrolled in 1982. She holds a Master’s Degree in Law, from University of Zimbabwe (2002 to 2003) and the First Woman to establish a law firm – Kadaga & Co. Advocates established in 1984.

She was an Executive Committee Member of the Inter-Parliamentary Union representing the African Region, and Chairperson of the Commonwealth Women Parliamentarians (Africa Region). In this fora she campaigned for the women emancipation in politics and governance throughout the Commonwealth.

Shewas named among the Inaugural List of 100 Most Influential African Women in 2019 by Avance Media.