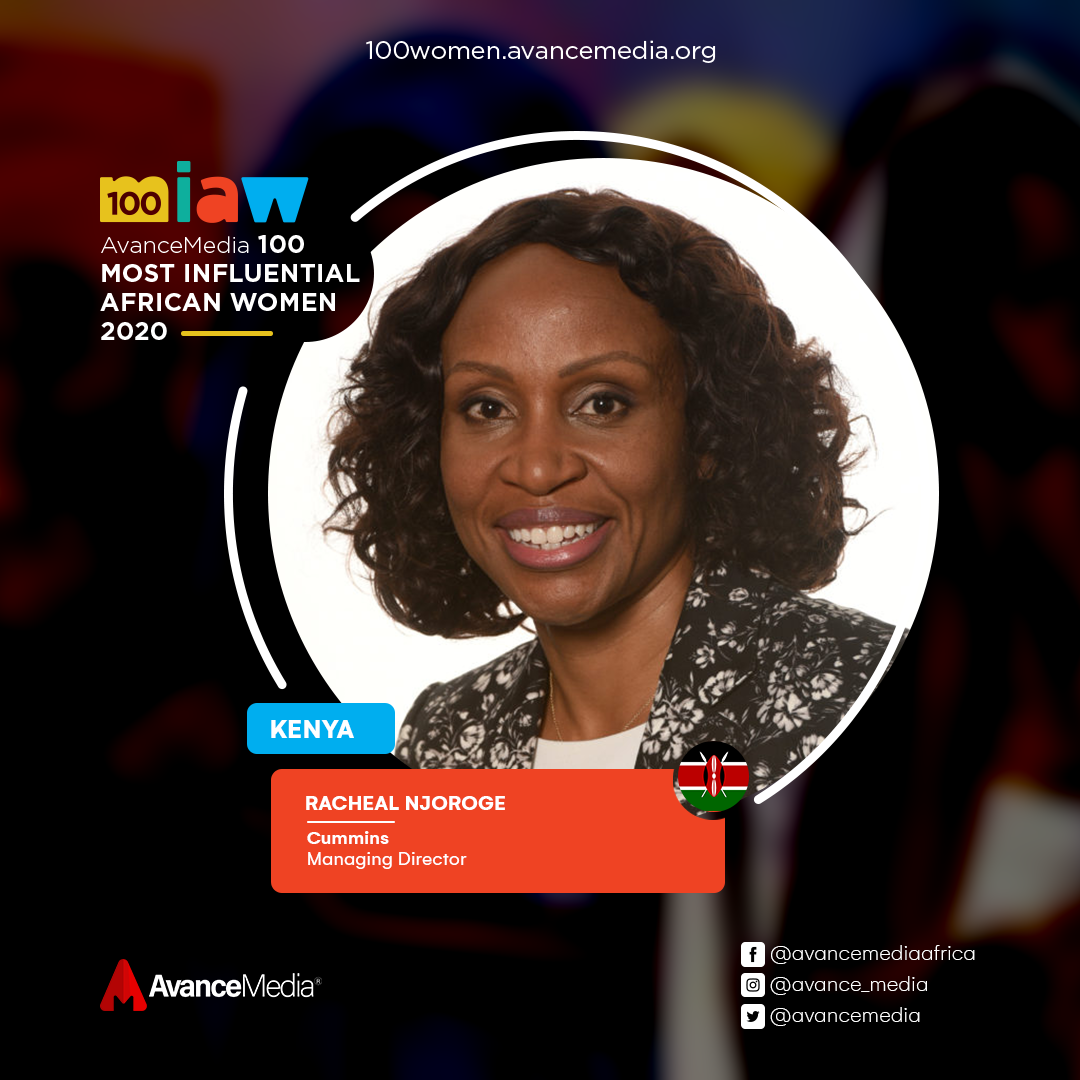 Racheal Njoroge is the Managing Director of the Southern African region of Cummins, a Fortune 500 corporation that designs, manufactures, and distributes engines, filtration, and power generation products.

She was hired by Cummins, in May 2006, first as an IT Intern. After a short stint at the Southern Africa regional office, Njoroge returned to Columbus and worked as a systems analyst for the next three years. She was then promoted to IT Strategy & Planning Leader, working in that capacity until March 2011.

In September 2018, after twelve consecutive years of employment, at Cummins, she was appointed the managing director and CEO of the Southern African regional office, responsible for twelve Sub-Saharan countries.