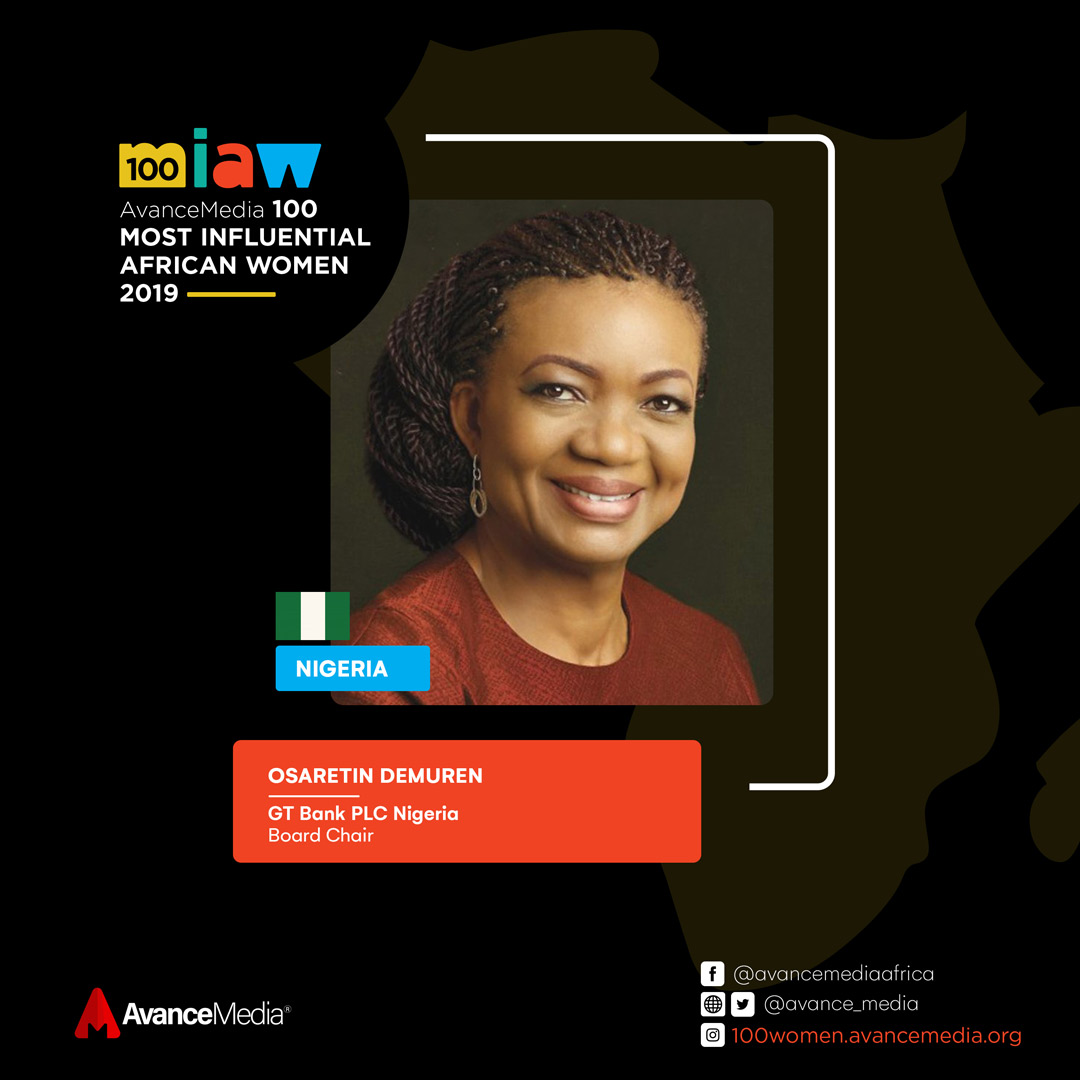 Osaretin Demuren is a Nigerian banker, and the first female Chairman of Guaranty Trust Bank.

She sits on the board of Trust Fund Pensions Plc and of LAPO Microfinance Bank Limited. Demuren joined the Board of Guaranty Trust Bank plc in April 2013 and was announced chairman in 2015.

Osaretin Demuren was named among the Inaugural List of 100 Most Influential African Women in 2019 by Avance Media.