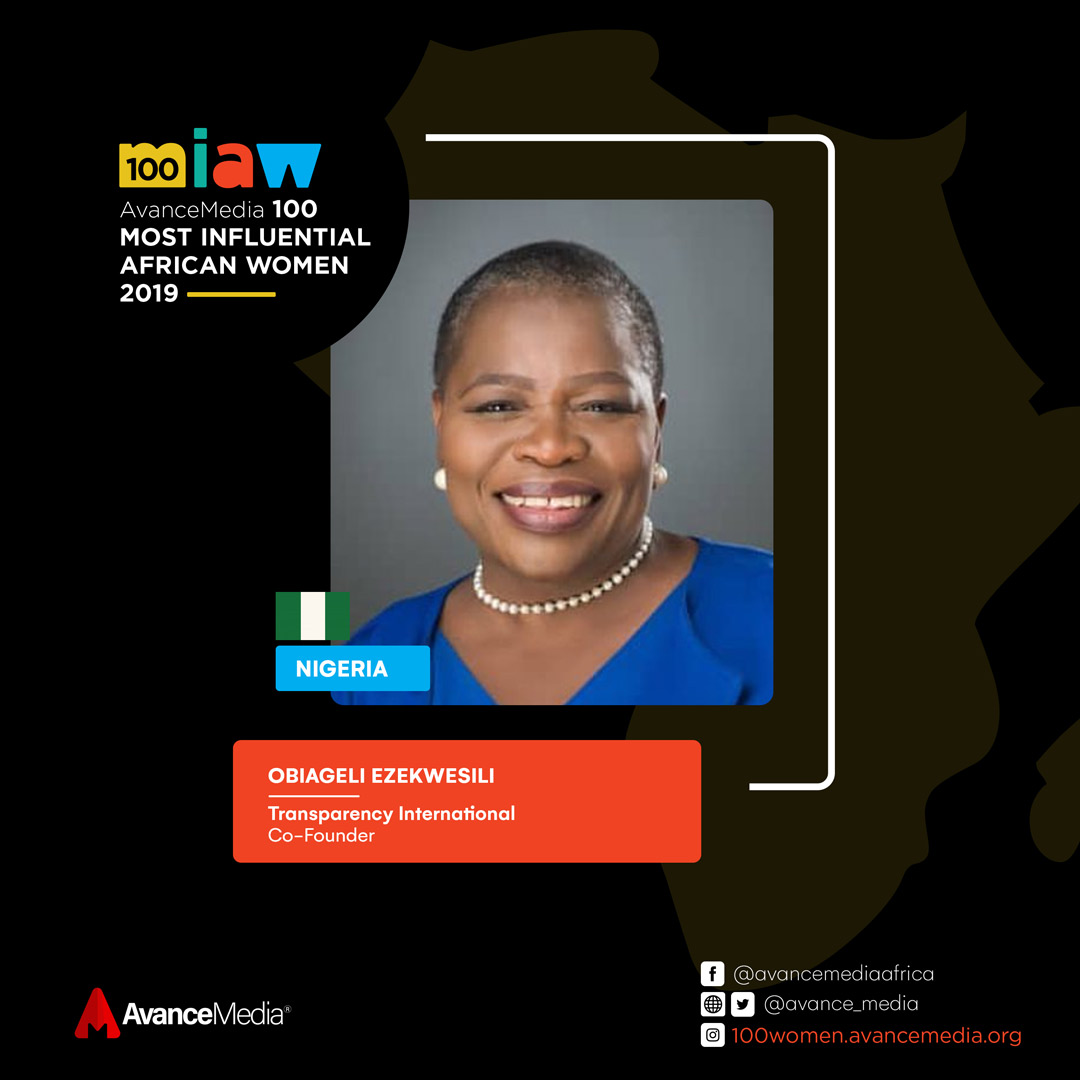 Obiageli ‘Oby’ Ezekwesili is a former Vice President of the World Bank for Africa, a former Nigerian Education Minister and co-founder of Transparency International.

A chartered accountant by profession, ‘Oby’ Ezekwesili first served the Nigerian government as Head of the Budget Monitoring and Price Intelligence Unit, where she led reforms to public procurement. She was appointed Minister of Solid Minerals in 2005 and chaired the Nigeria Extractive Industries Transparency Initiative. In 2006 she became Minister of Education, until taking up her World Bank post in 2007.

Prior to working for the Government of Nigeria, Dr Ezekwesili was at the Center for International Development at Harvard University. Having co-founded the anti-corruption organisation Transparency International, she directed its work in Africa. She is also a Senior Economic Advisor to Open Society, which aims to build vibrant and tolerant societies with democratically accountable governments.

Dr Ezekwesili was named among the Inaugural List of 100 Most Influential African Women in 2019 by Avance Media.