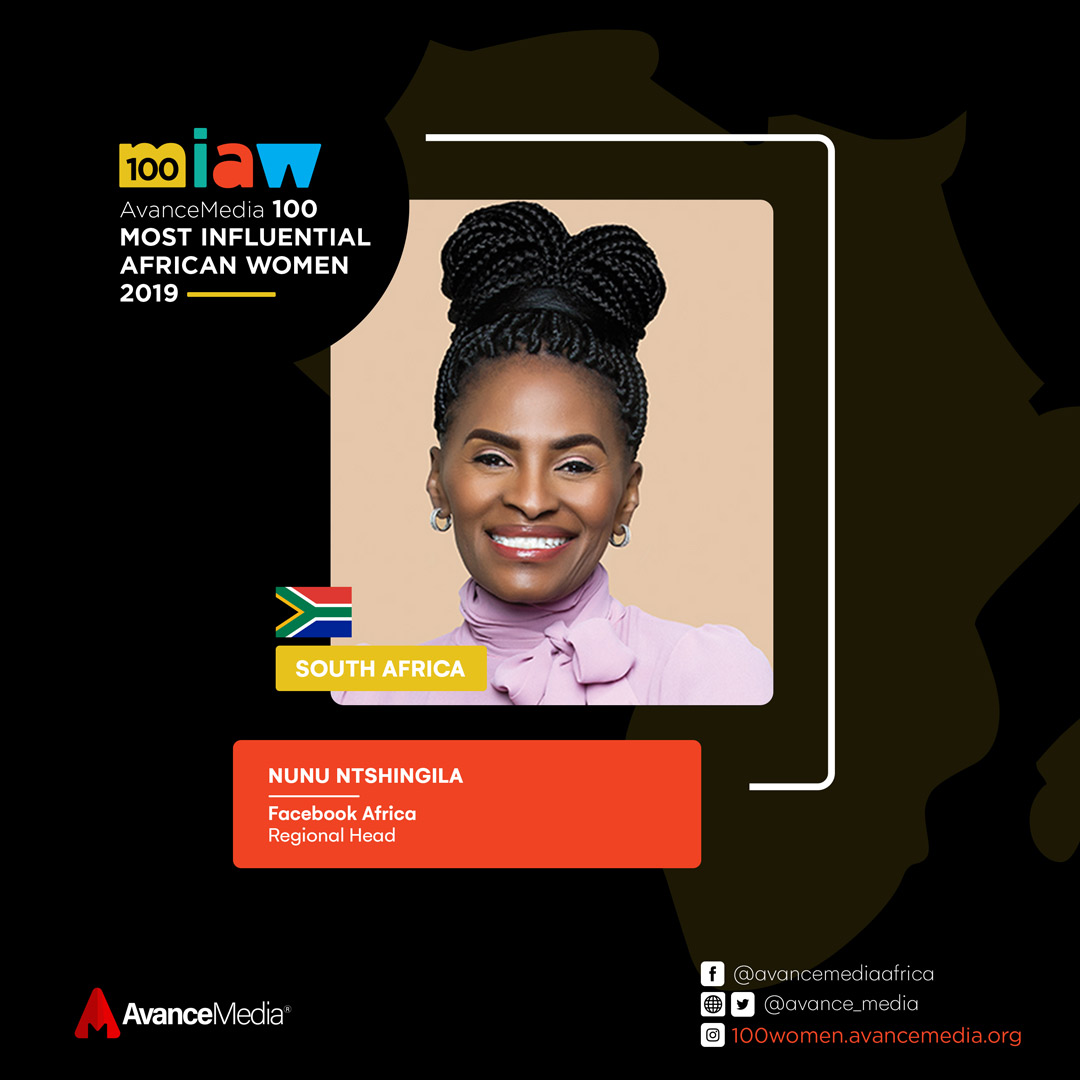 Soweto native Ntshingila is a passionate advocate for development, and social inclusion in Africa.

Since 2015, she’s led the team that aims to persuade major agencies and brands to grow their presence on the platform across the continent. It’s a long game: She’s part of the group of people who are tasked with finding the company’s next billion users, as the social network works to find ways to make a dent in regions where reliable internet and full feature phones aren’t guaranteed.

Before joining Facebook, the award-winning marketer was the CEO of Ogilvy & Mather South Africa for seven years – SAB Miller, KFC, Cadbury, BP, Volkswagen and Coca-Cola were among her clients – before becoming Chair in 2012.

Nunu was named among the Inaugural List of 100 Most Influential African Women in 2019 by Avance Media.