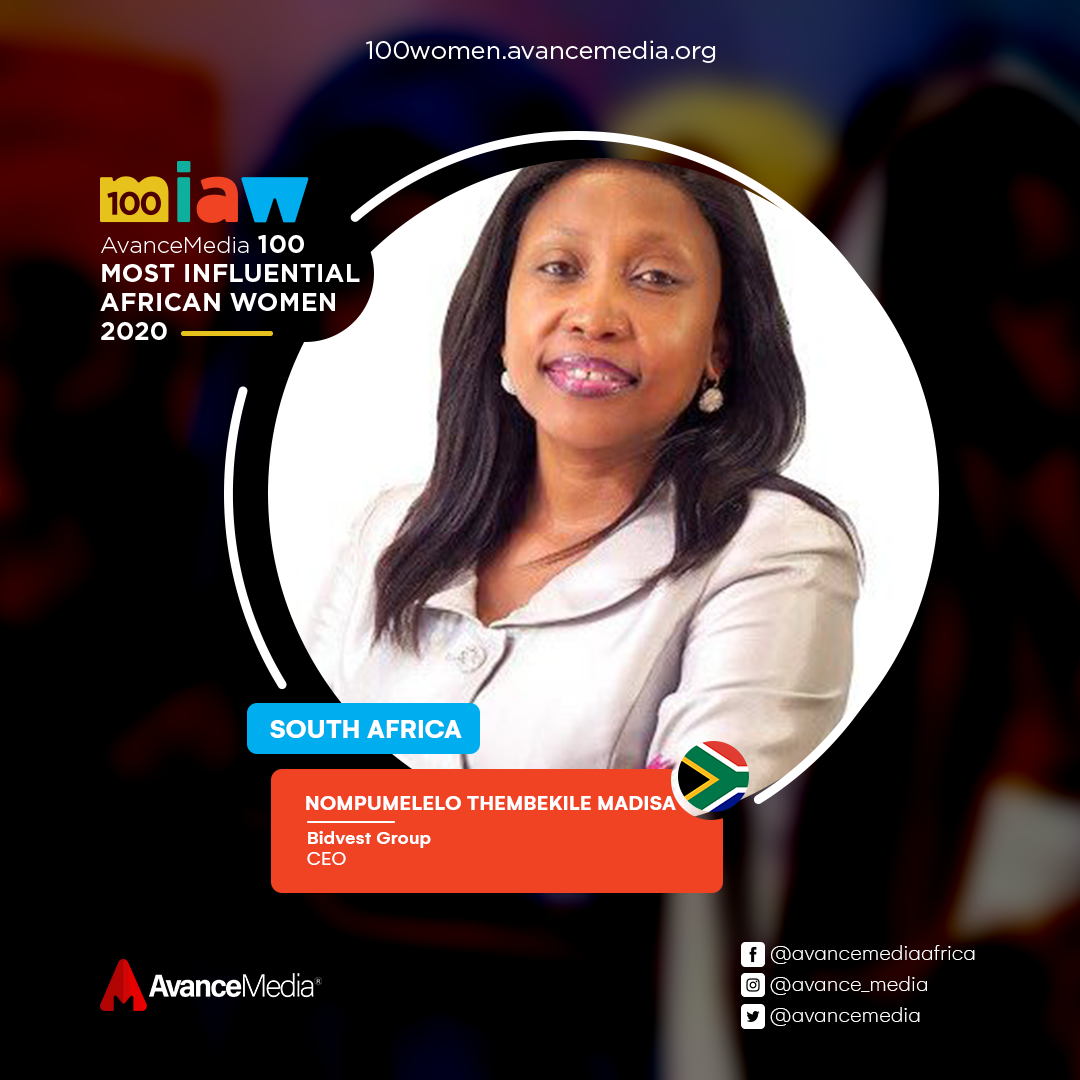 Nompumelelo Thembekile Madisa is a South African businesswoman who was appointed in 2019 as the CEO of Bidvest Group and became the first black female CEO.

She has worked with Hollard Insurance, Prestige and the Gauteng department of agriculture and rural development.