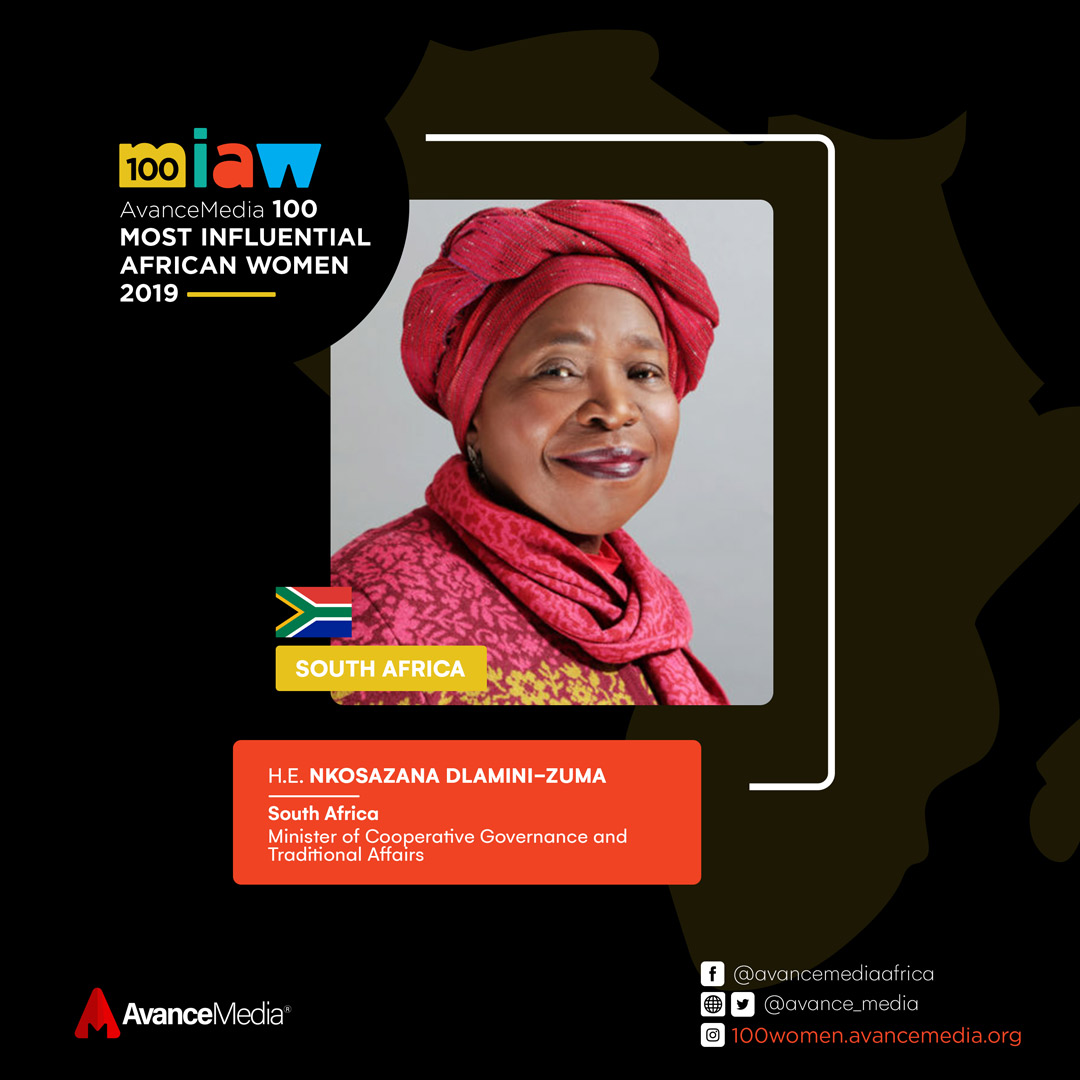 Dr. Nkosazana Clarice Dlamini Zuma is a trailblazer in the empowerment of women across the African continent. She became an active underground member of the African National Congress (a liberation movement in South Africa). She was also a member of the South African Students’ Organisation and was elected as its deputy president in 1976.

In July 2012, the African heads of state and government in Addis Ababa, Ethiopia, elected her chairperson of the African Union Commission. She is the first woman to lead the continental organisation, including its predecessor, the Organisation of African Unity

After the 1994 elections, she was appointed as minister of health in the cabinet of then President Nelson Mandela.

During her tenure, she de-segregated the health system and championed the radical health reforms that introduced access to free basic health care. In 1999, then President Thabo Mbeki appointed Dr Dlamini Zuma as minister of foreign affairs. In this role, she actively championed South Africa’s foreign policy, which centered on the promotion of human rights, stability, peace, collective development and advancement of Africa.

In 2009, she was appointed minister of the Department of Home Affairs and brought about radical changes in the department, which subsequently achieved a clean audit for the first time in many years in 2011.