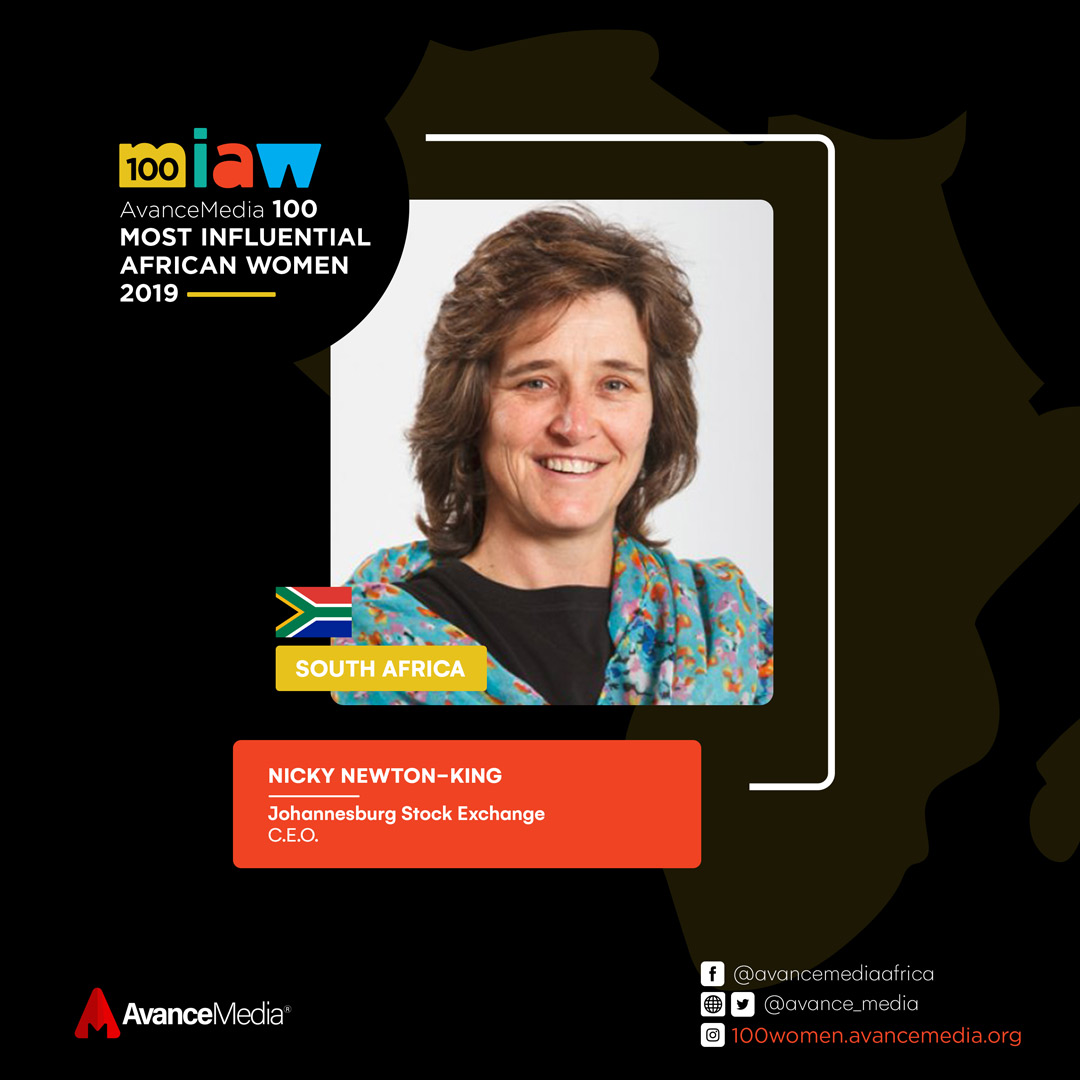 Nicky Newton-King is the CEO of the Johannesburg Stock Exchange where she has been an executive for over 20 years.

Nicky was a World Economic Forum Global Leader of Tomorrow in 2003 and, in the same year, South Africa’s Businesswoman of the Year. In 2006, she spent five months at Yale University as a Young Global Leader. Nicky serves on the Board of the World Federation of Exchanges.

Nicky was named among the Inaugural List of 100 Most Influential African Women in 2019 by Avance Media.