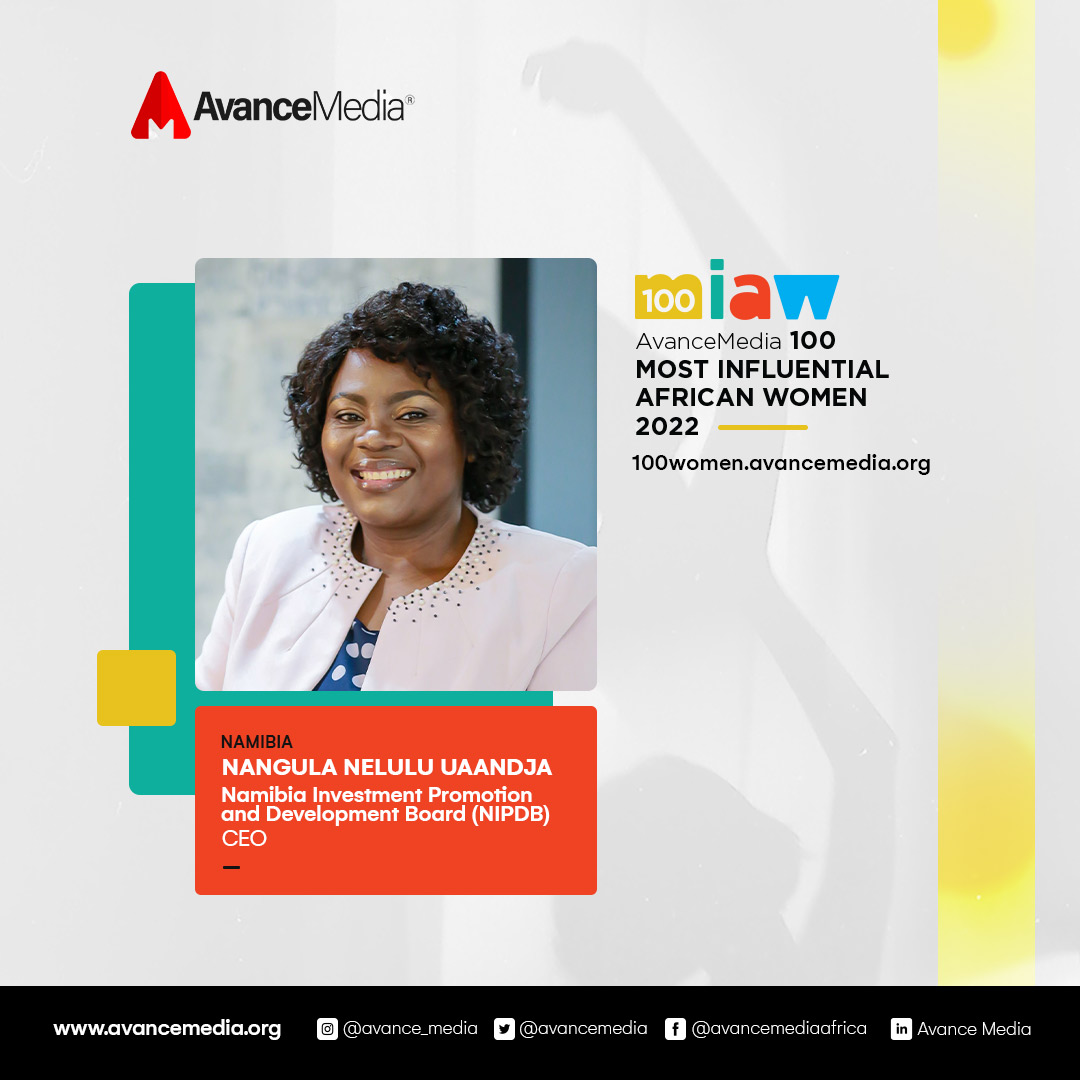 Nangula, a Chartered Accountant by profession is the CEO of the newly established Namibia Investment Promotion and Development Board. The Board, a Public
Entity in the Presidency is tasked with the mandate of promoting and facilitating foreign and domestic investments as well as the promotion of the development of SMEs.

Until December 2020, Nangula served as a Partner at PwC Namibia, with over 20 years’ experience in auditing and has served as a lead partner on audits of
organizations across various sectors and industries. She has also been involved in non-audit work such as consulting on various matters, fraud investigation,
assisting clients with budgetary processes, the analysis and interpretation of financial statements, presentations on the roles and responsibilities of directors and a host of other relevant topics.

Nangula was named Namibia’s Businesswoman of the year in 2011. Besides playing a role in the Accounting/Auditing Professional Bodies such as the Institute of
Chartered Accountants and the Public Accountants and Auditors Board, she also served as a member of the Tax Court Appeal and was appointed as a member of the
first Public Office Bearers’ Remuneration and Benefits Committee by the President of the Republic of Namibia from 2006 to 2009.

Over the years Nangula has grown a burden concerning the triple challenges of unemployment, inequality and poverty that are facing Namibia. It is this burden that led her to pursue further studies (first the Master in Business Leadership and now Doctor in Business Leadership) with focus on the collaborative role required
between the public and private sectors to drive inclusive economic growth and find common solutions to these challenges. It is also this burden that led to her
resignation as the Head of PwC Namibia earlier this year and later accepting the President’s appointment to the role of Chief Executive Officer of the Namibia
Investment Promotion and Development Board.

Nangula was named among the 4th List of 100 Most Influential African Women in  2022 by Avance Media.