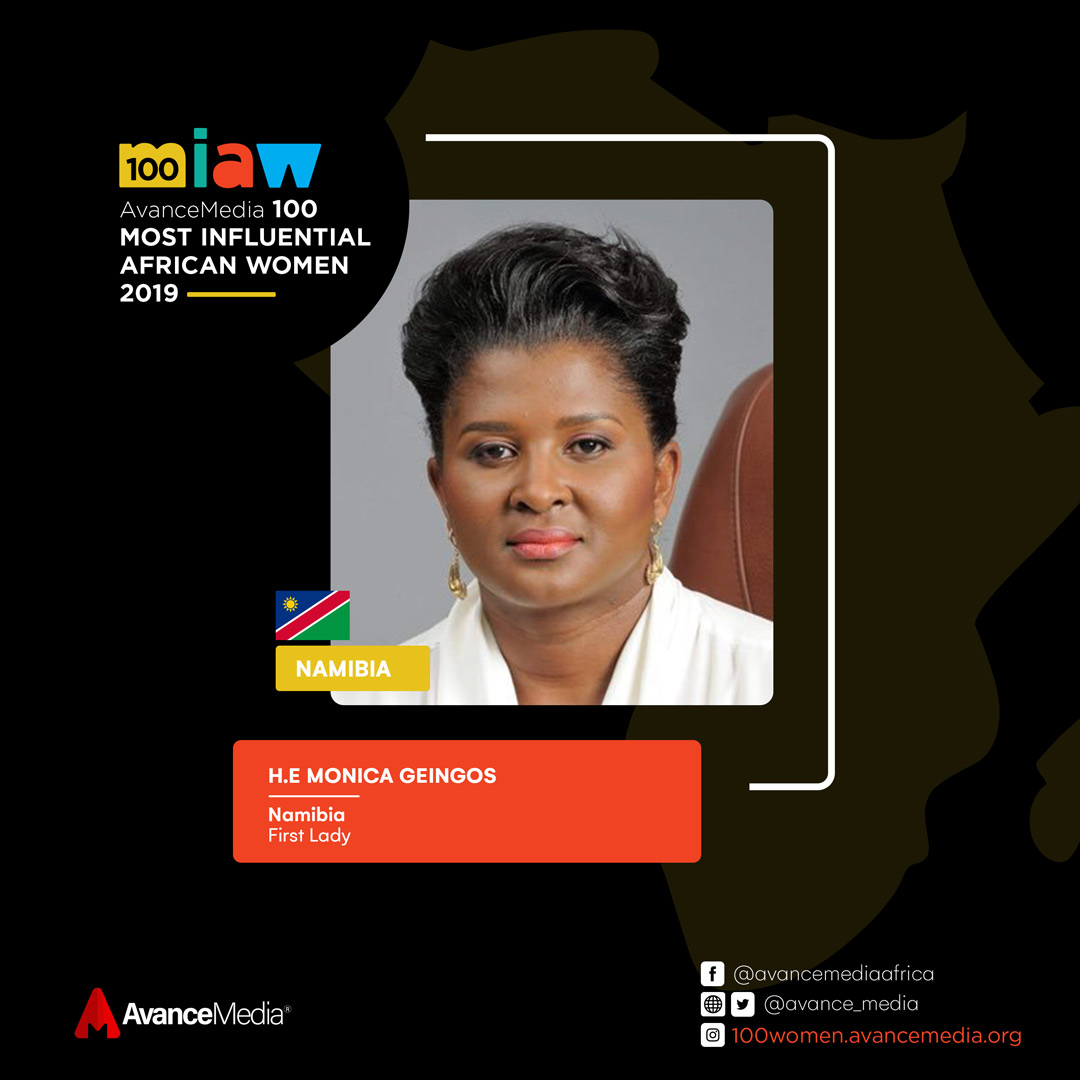 Madame Monica Geingos, First Lady of the Republic of Namibia is a qualified lawyer. Before becoming the First Lady in 2015, Madame Geingos was the Managing Director of Namibia’s largest private equity fund served on the Boards of large public and private sector companies as either Chairperson or Deputy Chairperson. She was awarded National Honours (Most Distinguished Order of Namibia) for ”outstanding contribution to the socio-economic development of Namibia” and was inducted into the Namibian Business Hall of Fame.
She has also received numerous awards such as the Namibian Business Personality of the Year and Most Innovative Entrepreneur of the Year.  Madam Geingos has previously been ranked by various global organisations and publications as one of Africa’s top 100 Economic Leaders. Due to her extensive corporate experience, she was a long-standing member of high level policy advisory Boards such as the President’s Economic Advisory Council, the SWAPO Party Think Tank and the National Council of the Namibia Chamber of Commerce and Industry, with the mandate to advise on national policy formulation and implementation.

As First Lady, Madame Geingos has combined her rich experience as an entrepreneur with President Geingob’s war on poverty and inequality. Through the One Economy Foundation, the First Lady has initiated numerous programs which focus on breaking the poverty cycle. A flagship project in this regard is the One Nation Fund which provides micro business owners, who operate on the periphery of the economy, access to collateral free loans, entrepreneurial training and mentorship. Another flagship program is the Talented Individual Programme, an educational fellowship which provides talented children from low-income families the opportunitiy to access quality education, while concurrently developing their characters by providing them with a full spectrum of financial and psycho-social support.

Madame Geingos is also a UNAIDS Special Advocate for Young Women and Adolescent Girls. This is a perfect fit with the One Economy Foundation’s #BeFree Movement, a youth-driven program which concerns itself with the challenges holding young people back from reaching their potential.