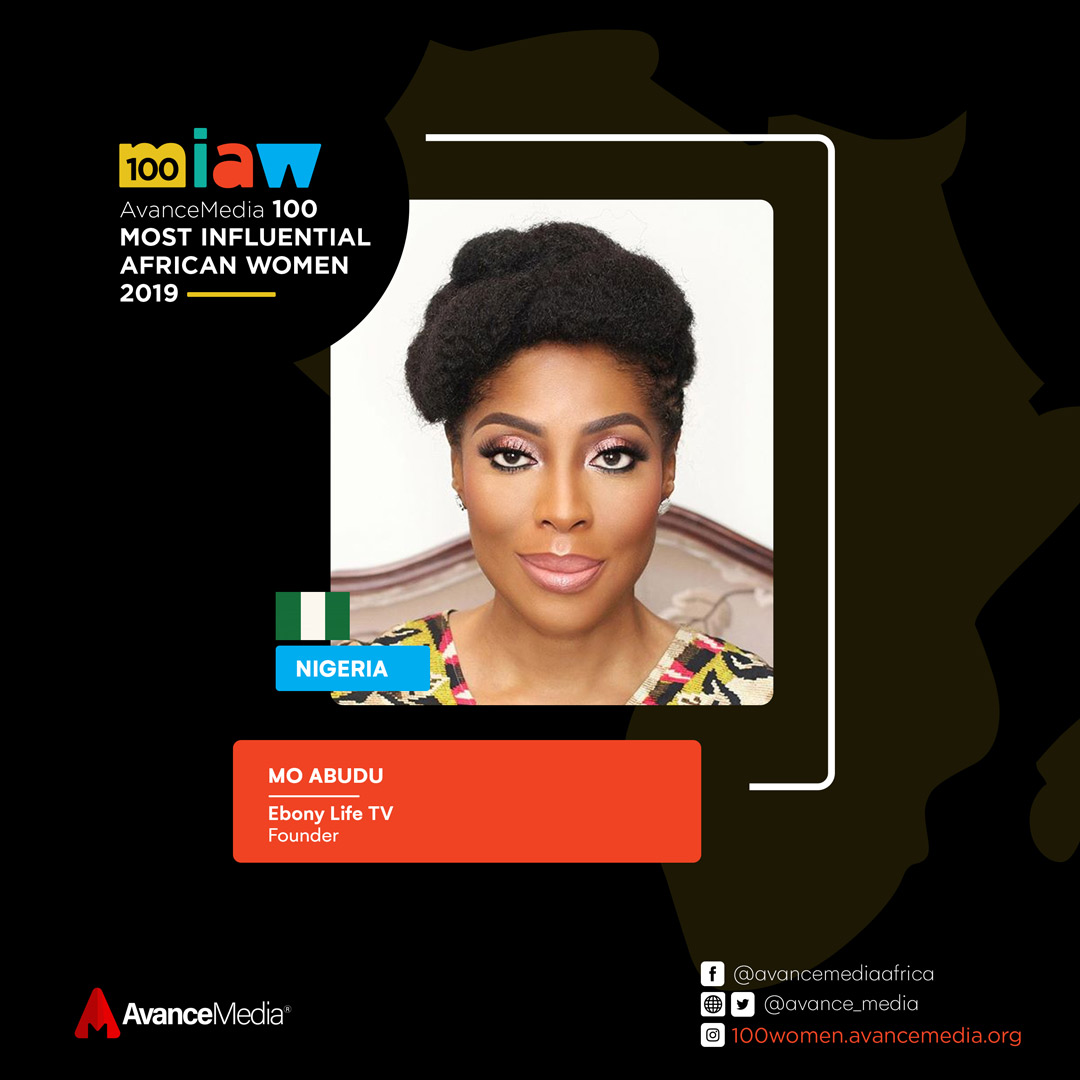 Mo Abudu launched EbonyLife TV, Africa’s first global black entertainment and lifestyle network, in 2013. Her primary goal for the channel was to alter the narrative around Africa into something more positive. What followed was a string of glossy, aspirational series like ‘The Governor’, about Nigeria’s first female state governor; ‘Fifty’, the sequel to the 2015 hit film about four driven, professional friends reaching middle-age; ‘Desperate Housewives Africa’, based on Disney’s original series; and ‘Sons of the Caliphate’, a unique drama about the rivalry between rich and powerful families in northern Nigeria.

Prior to starting EbonyLife, Mo was the creator, executive producer and host of ‘Moments with Mo’, a pan-African television talk show that earned her the accolade, ‘Africa’s first lady of chat’.

Furthering her quest to change global perceptions, Mo took the plunge into filmmaking, with the creation of EbonyLife Films. Her first film as executive producer was ‘Fifty’, Nigeria’s highest-grossing drama and the top film of 2015. Teaming up with The ELFIKE Collective in 2016, she produced The Wedding Party, which became the highest-grossing title of all time in the Nigerian film industry (Nollywood). Its sequel, ‘The Wedding Party 2: Destination Dubai’ (2017), surpassed the original movie in terms of domestic and international revenues. In March 2018, Sony Pictures Television (SPT) announced that they had concluded a three-year deal with EbonyLife TV that would include co-production of ‘The Dahomey Warriors’, a series about the legendary 19th century Amazons who inspired the Dora Milaje, all-female royal bodyguard in the Marvel comic and blockbuster movie, Black Panther.

Mo Abudu was named among the Inaugural List of 100 Most Influential African Women in 2019 by Avance Media.