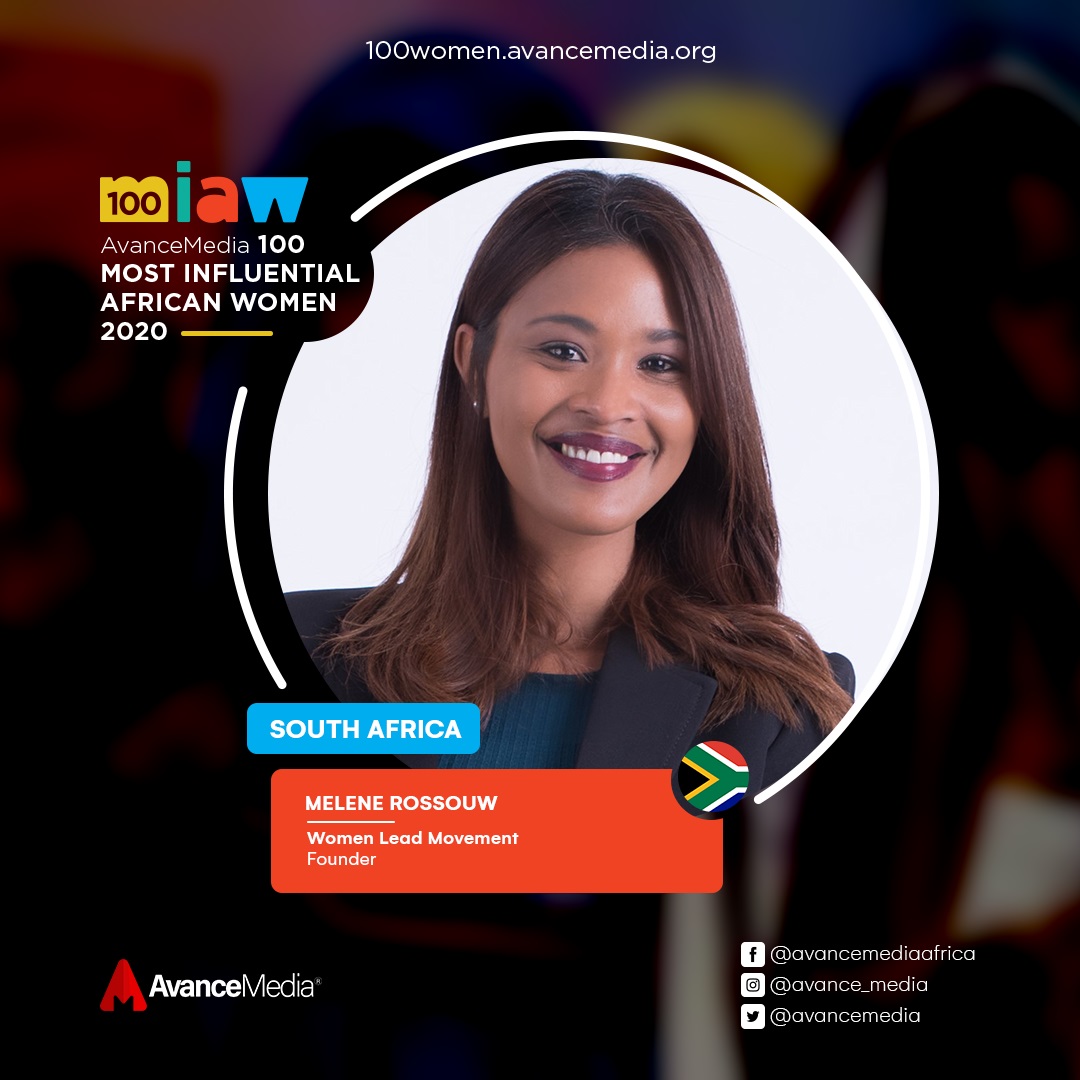 Melene Rossouw is an attorney by profession with more than 13 years experience in the legal, governmental and non-governmental spheres. She holds a Bachelor of Laws (LL.B) and Master of Laws (LL.M) degree specialising in the area of Public and Constitutional Law. Melene is an internationally recognised gender and human rights activist, global award winner, public speaker, moderator, facilitator, strategist and change-driver.

Some of the positions she has held were attorney, legal researcher, national cabinet committee secretary, special advisor to the minister and ministerial spokesperson. She has had the honour of serving in respected offices such as The Constitutional Court of South Africa, Western Cape High Court, The Presidency of South Africa and two National Government Ministries. In 2017, she Co-Founded Women Lead Movement and currently serves as the Executive Director of the organisation which has recently expanded its footprint to Madagascar. The organisation seeks to promote a gender equal society and an active and participatory citizenry.

Melene has been selected by ONE to feature in three of their global campaigns relating to gender equality. #YoursInPower: Reshaping Democracy in South Africa – https://youtu.be/qXBdLap_USw. Melene is a member of the African Women Leadership Network and Public Speaking Association of Southern Africa

Some of her accolades include being selected as:

Melene’s objective is to utilize her skills and expertise to drive social, political and economic transformation in communities across Africa. The values that underpin her work are transformation, human rights, social justice, equality and empowerment.