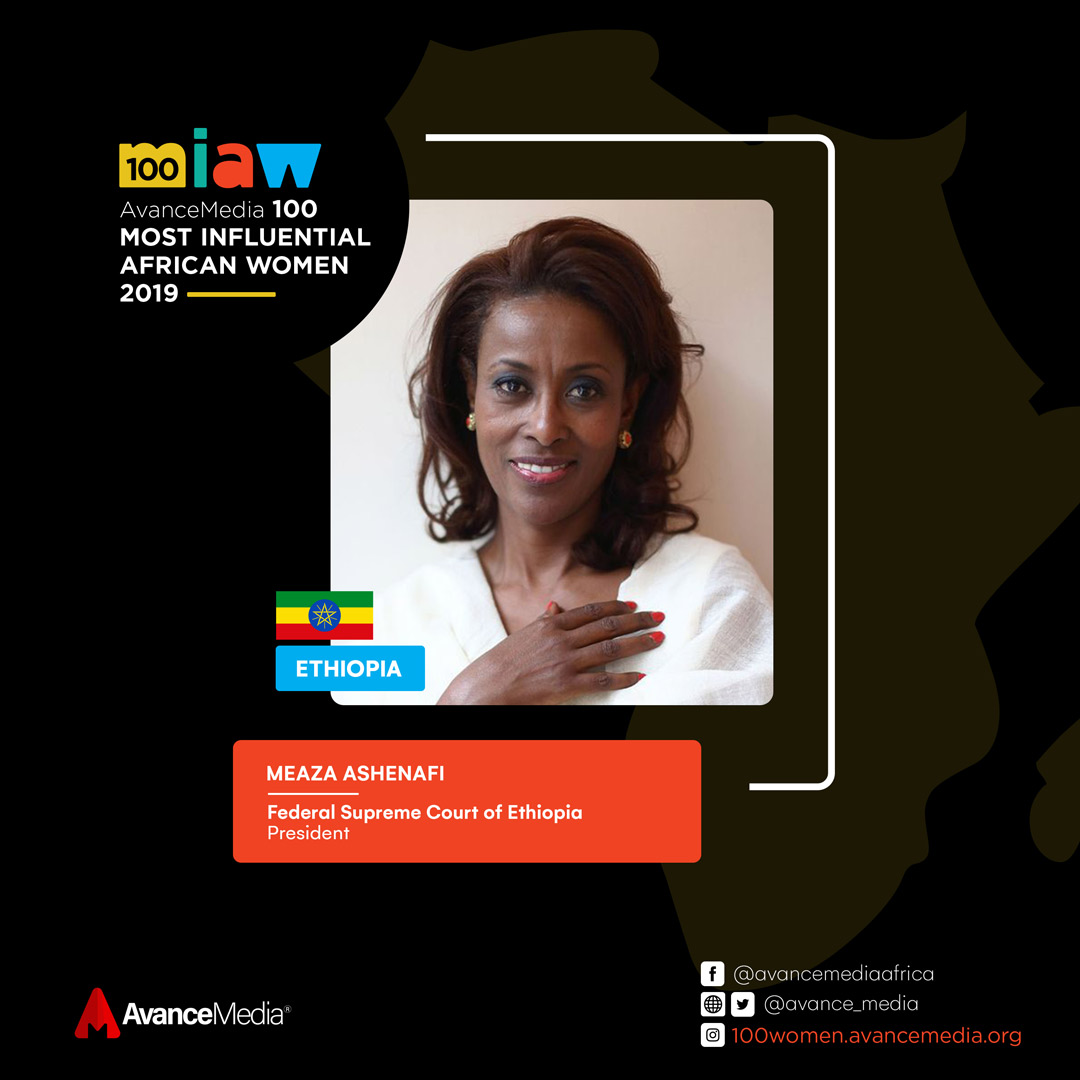 Meaza Ashenafi is an Ethiopian lawyer. Described as a “prominent women’s rights activist”, she is the founder and executive director of the Ethiopian Women Lawyers Association (EWLA). In November 2018, she was appointed by the Federal Parliamentary Assembly as President of the Federal Supreme Court of Ethiopia.

Meaza served as a Judge of the High Court of Ethiopia between 1989 and 1992. In 1993 she was appointed by the Ethiopian Constitution Commission as a legal adviser. In 1995, Meaza founded the Ethiopian Women Lawyers Association (EWLA), and became its executive director. Through her legal contacts, she has been instrumental in campaigning for women’s rights in Ethiopia; her Fighting For Women’s Rights In Ethiopia group had approximately 45 graduate lawyers working for it in 2002.

Meaza has held a position with the United Nations Economic Commission for Africa. She helped lead the development of the first women’s bank in Ethiopia, Enat Bank, which was established in 2011 and as of 2016 chairs its board of directors.

Meaza has received numerous awards for philanthropy and leadership, including the African Leadership Prize; and is an active member of several women’s rights advocacy organizations. In 2003, she became a Hunger Project Award laureate, winning the Grassroots Ethiopian Women of Substance Africa Prize, Two years later, she was nominated for the Nobel Peace Prize. Her most famous case was turned into the 2014 Ethiopian film Difret, which was promoted by Angelina Jolie as executive producer and went on to win the World Cinematic Dramatic Audience Award at the 2014 Sundance Film Festival.

Meaza was named among the Inaugural List of 100 Most Influential African Women in 2019 by Avance Media.