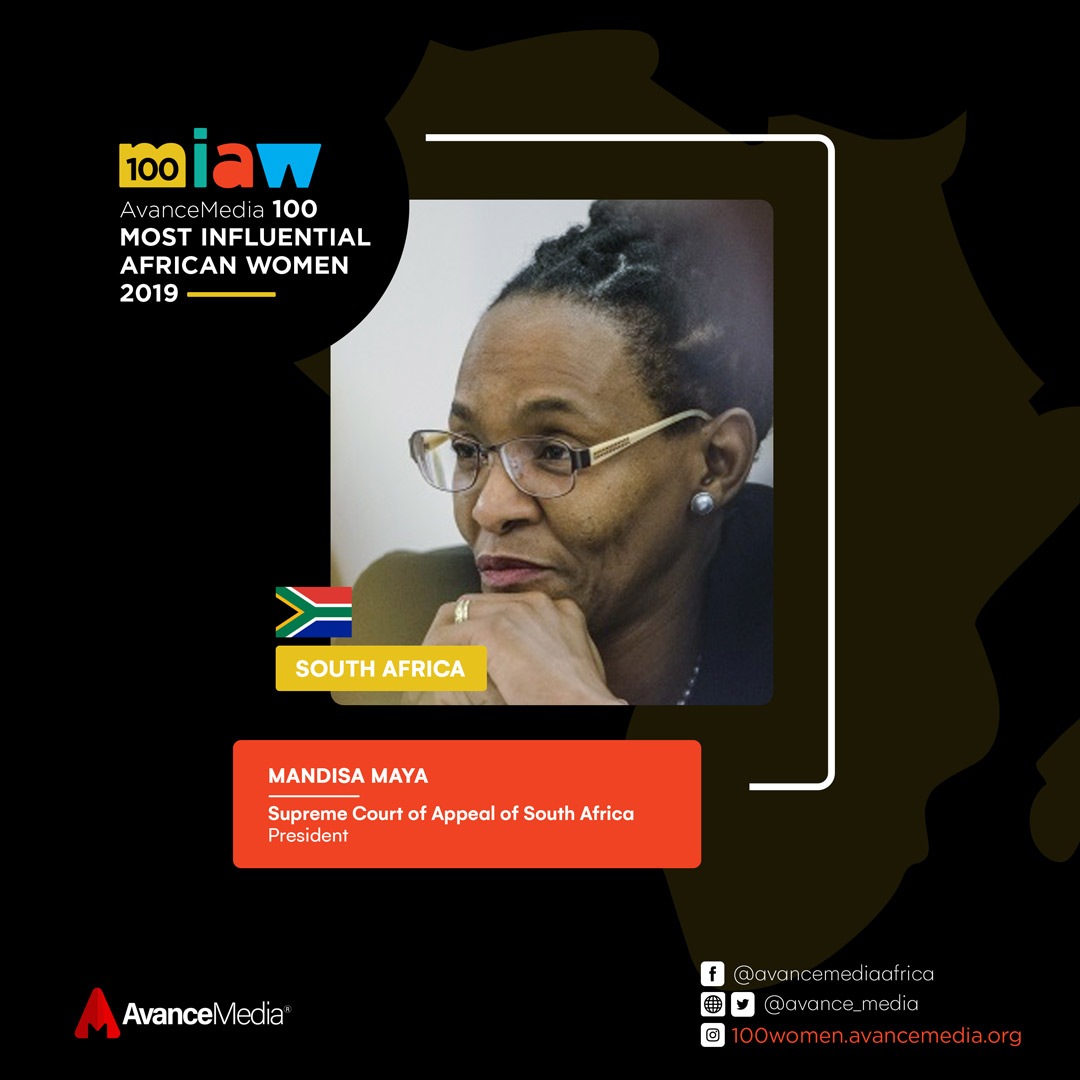 Mandisa Muriel Lindelwa Maya is a South African jurist who serves as President of the Supreme Court of Appeal of South Africa (SCA) since 26 May 2017.

She had previously served as a judge in the Mthatha High Court, as a puisne judge of the SCA and as Deputy President of the SCA, as well as holding acting positions in various courts.

Mandisa was named among the Inaugural List of 100 Most Influential African Women in 2019 by Avance Media.