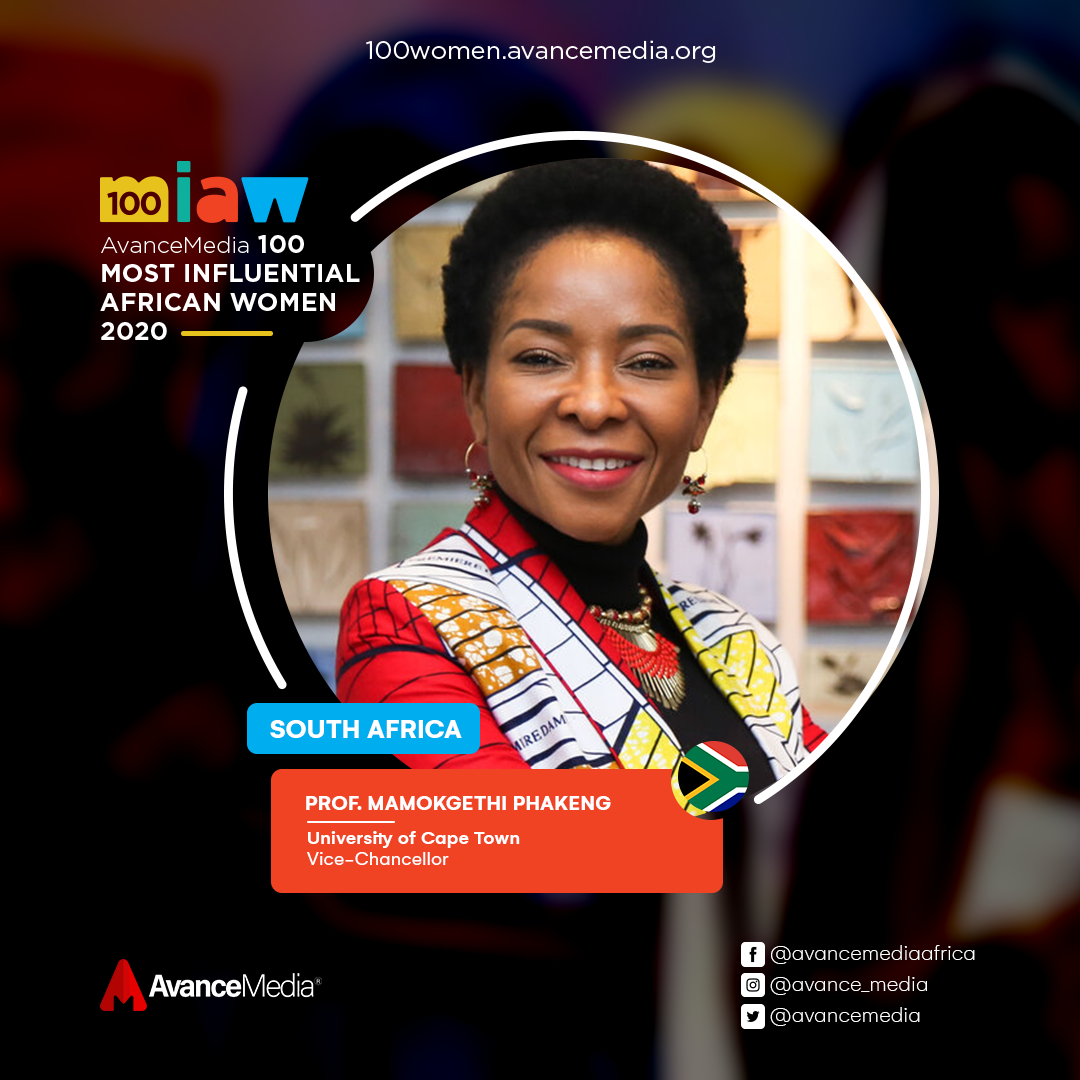 Professor Rosina Mamokgethi Phakeng is a professor of mathematics education and the Vice-Chancellor of the University of Cape Town. She previously served as the vice-principal of research and innovation, at the University of South Africa.

She is a highly regarded B2 NRF-rated scientist with over 80 research papers and five edited volumes published. She has been invited to deliver over 30 keynotes/plenary talks at international conferences, and as a visiting professor in universities around the world.