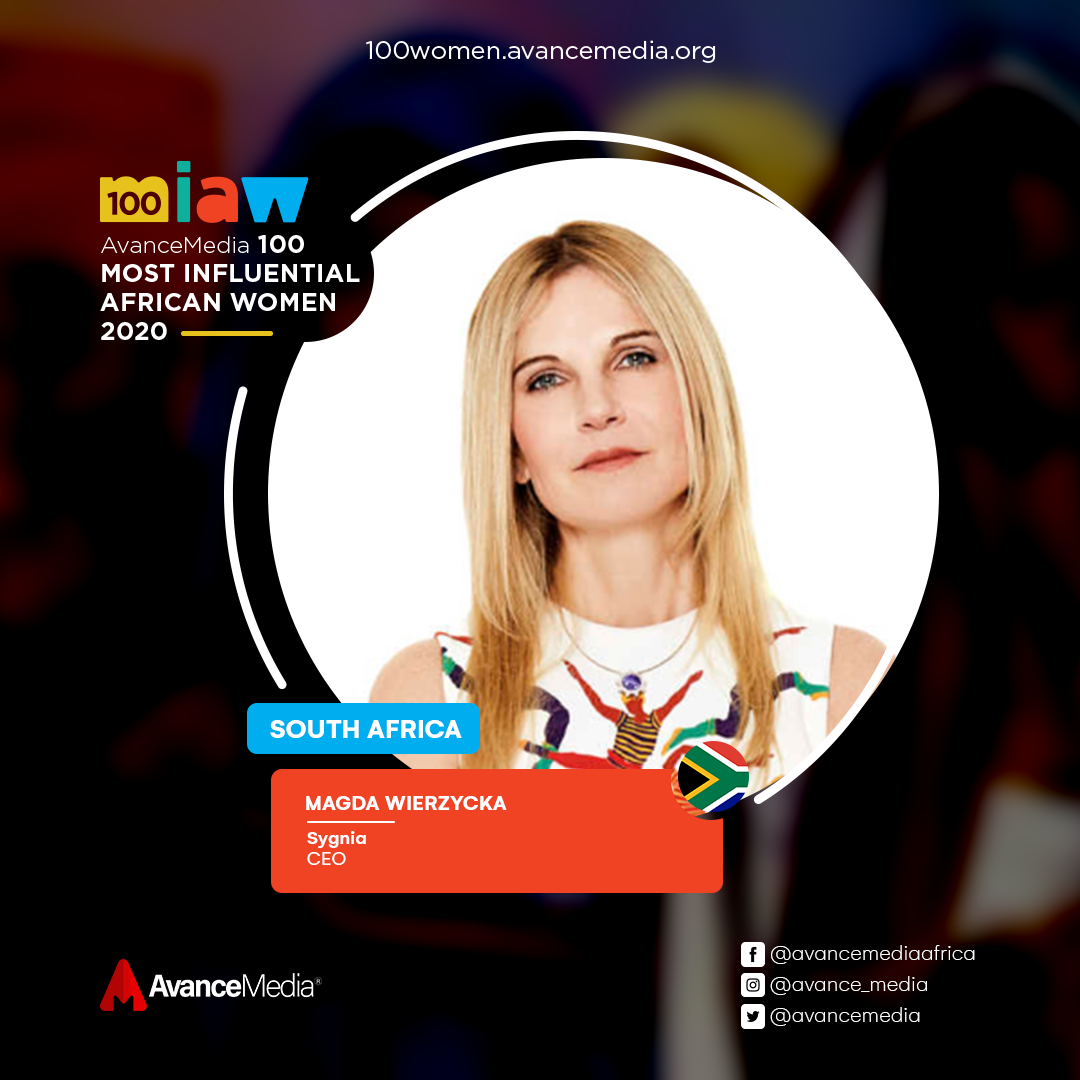 Magda Wierzycka is the CEO of Sygnia Group, a fund management company in South Africa.

She started her career as product development and investments actuary at Southern Life in 1993 and then worked as an investment consultant for two years at Alexander Forbes. In 1997, she joined Coronation Fund Managers as a director and as its Head of Institutional Business.

She left Coronation in 2003 to start IQvest, a fund of hedge funds management company. Later that year, after selling IQvest to the African Harvest group, she was appointed to the position of CEO of African Harvest.

After negotiating the sale of African Harvest Fund Managers to Cadiz Financial Services in 2006, she led the management buy-out of the remainder of the African Harvest group, which resulted in the formation of Sygnia.