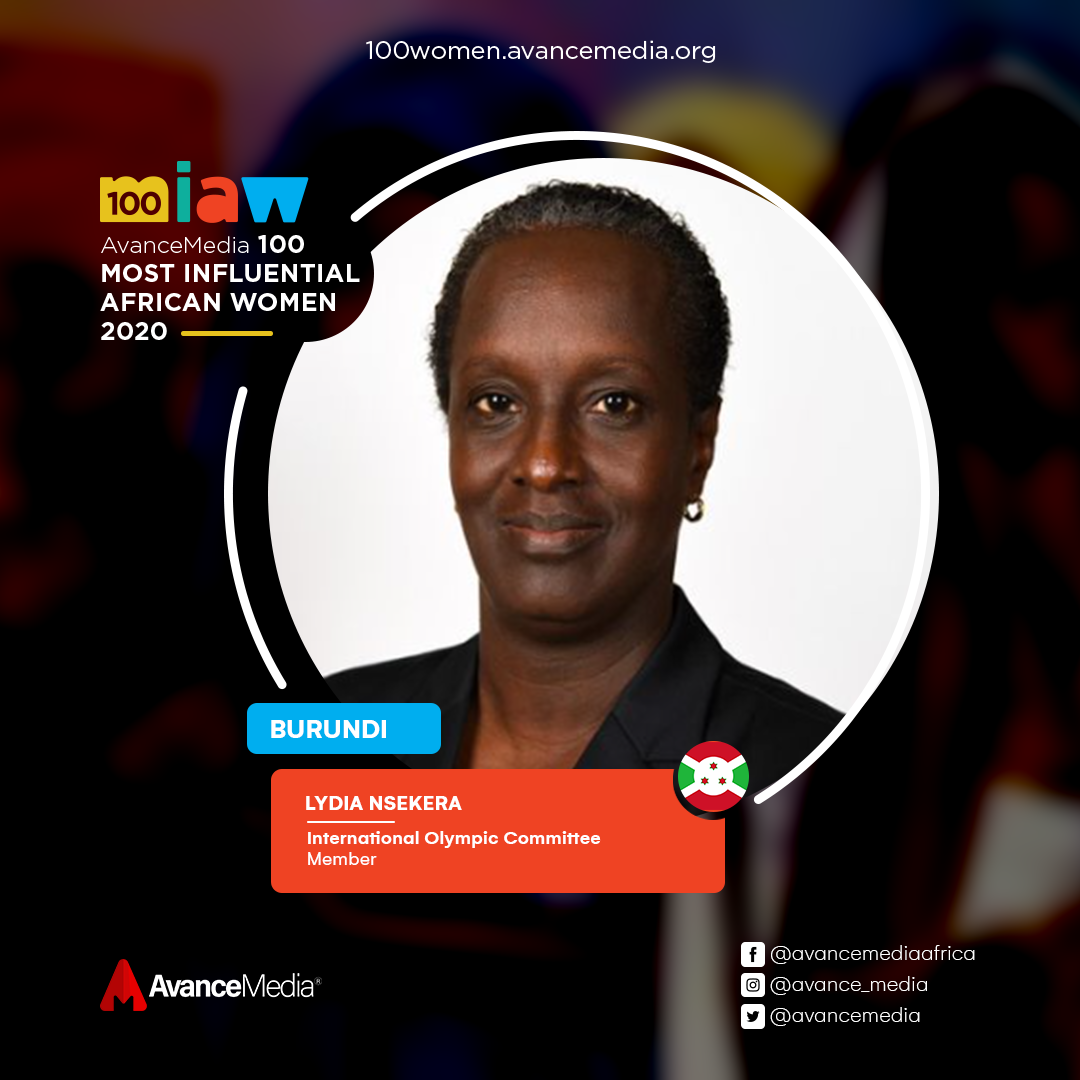 Lydia Nsekera is a member of the International Olympic Committee since 2009. Before that, she was the president of the Burundi Football Federation.

During the position as the vice-president of Burundi’s Women’s Football Committee, she helped launch the country’s first women’s league.

She is Africa’s first woman to be appointed onto the FIFA’s Executive Committee.