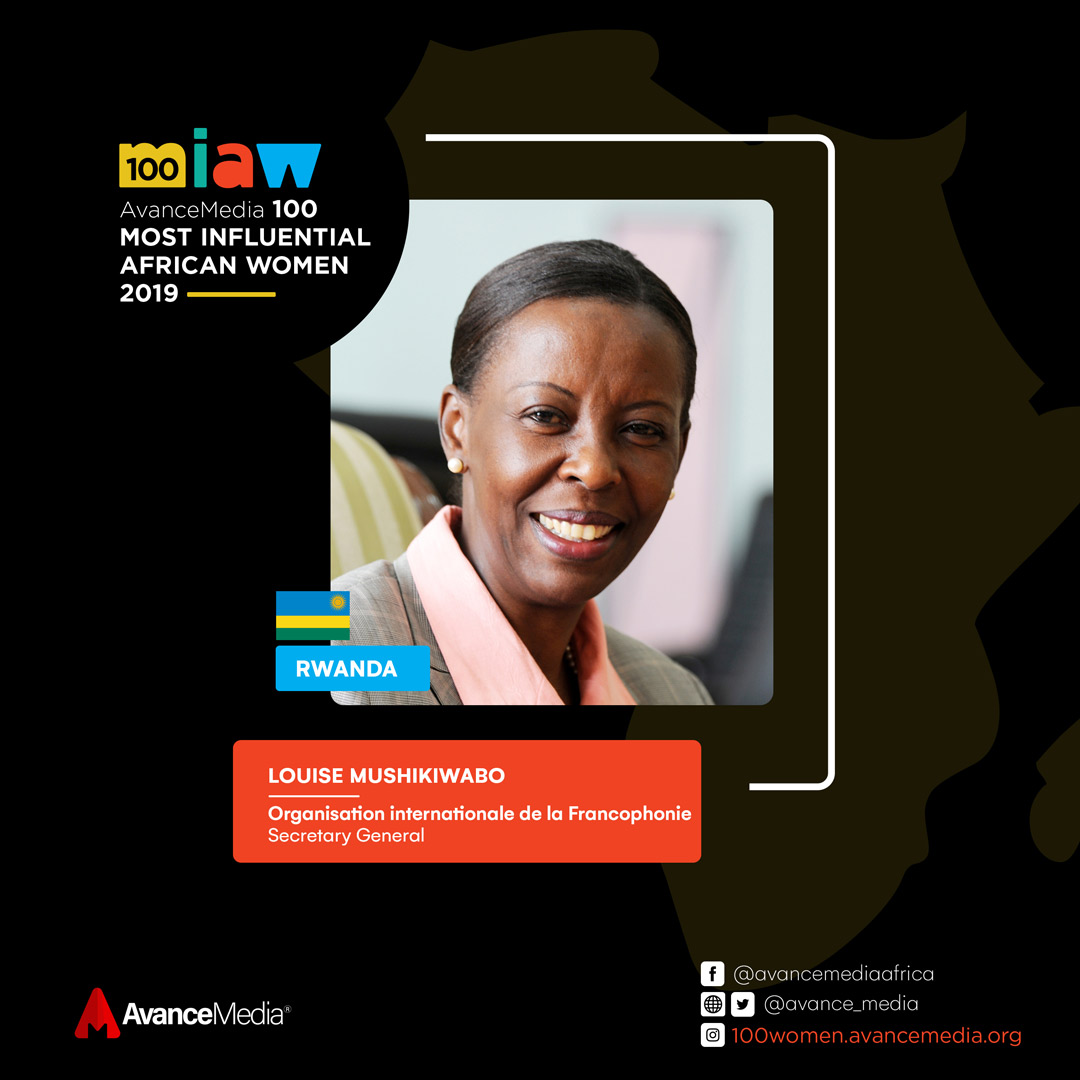 Louise Mushikiwabo is the fourth and current Secretary General of Organisation internationale de la Francophonie. She previously served as the Minister of Foreign Affairs and Cooperation of Rwanda from 2009 to 2018. She also served as Government Spokesperson. She had previously been Minister of Information.

On 12 October 2018, she was elected for a four-year term for the position of Secretary General of Organisation internationale de la Francophonie (OIF) at the Summit of Francophonie in Yerevan, Armenia.

In 2006, Mushikiwabo wrote a book, Rwanda Means the Universe, which was co-authored by Jack Kramer, an American journalist and ex-marine. The book is semi-autobiographical, describing Mushikiwabo’s family history, her early life in Rwanda, and her experiences upon emigrating to the United States. It also describes the Rwandan genocide in detail, from a historical perspective as well as from Mushikwabo’s own point of view living in Washington, as she received the news that many of her family members had been killed.

Louise was named among the Inaugural List of 100 Most Influential African Women in 2019 by Avance Media.