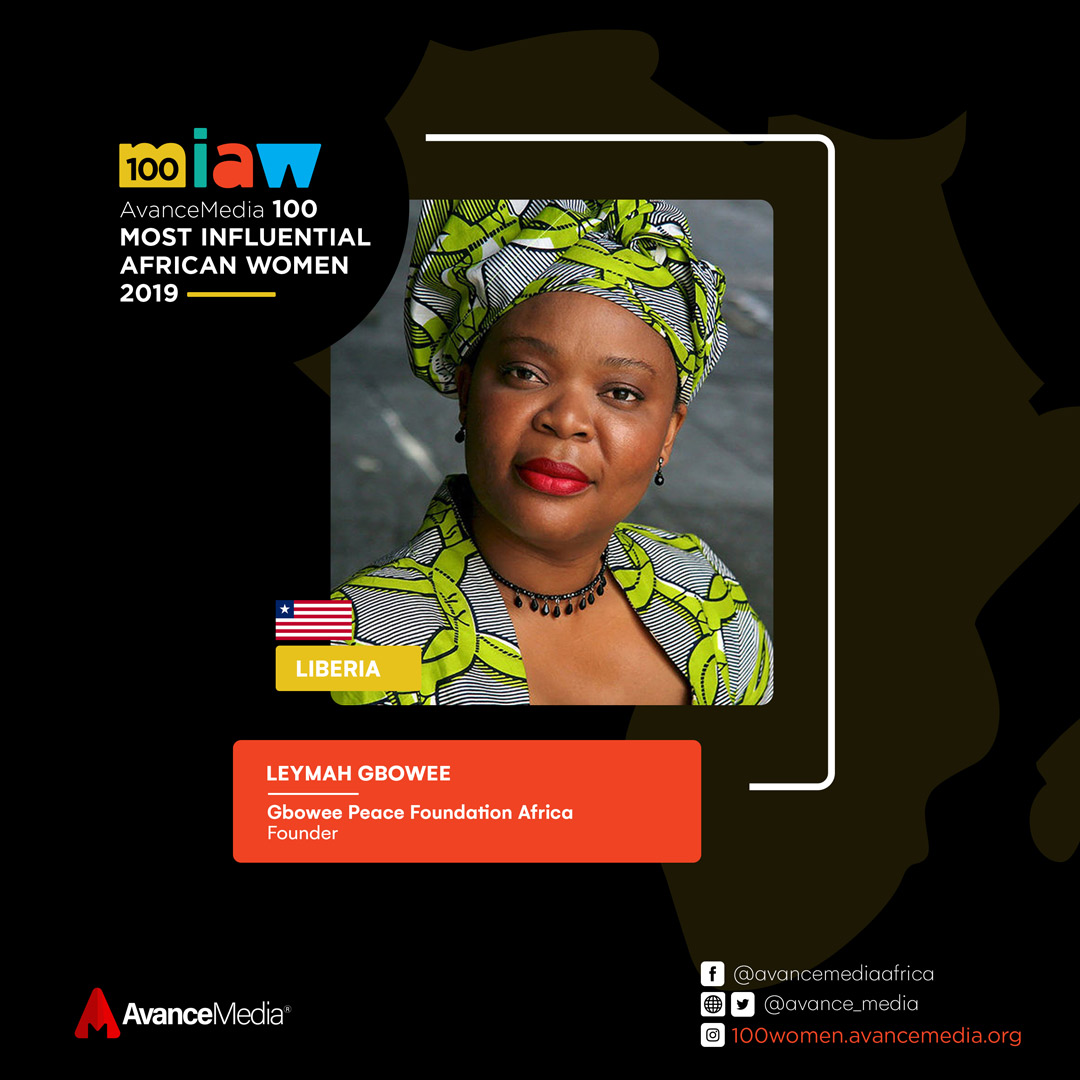 Leymah Roberta Gbowee is a Liberian peace activist responsible for leading a women’s nonviolent peace movement, Women of Liberia Mass Action for Peace that helped bring an end to the Second Liberian Civil War in 2003. Her efforts to end the war, along with her collaborator Ellen Johnson Sirleaf, helped usher in a period of peace and enabled a free election in 2005 that Sirleaf won.

She, along with Ellen Johnson Sirleaf and Tawakkul Karman, were awarded the 2011 Nobel Peace Prize “for their non-violent struggle for the safety of women and for women’s rights to full participation in peace-building work.”

Gbowee is the founder and president of Gbowee Peace Foundation Africa, founded in 2012[17] and based in Monrovia, which provides educational and leadership opportunities to girls, women and the youth in Liberia.

In addition, Gbowee is the former executive director of the Women Peace and Security Network Africa, based in Accra, Ghana,[18] which builds relationships across the West African sub-region in support of women’s capacity to prevent, avert, and end conflicts. She is a founding member and former coordinator of the Women in Peacebuilding Program/West African Network for Peacebuilding (WIPNET/WANEP). She also served as the commissioner-designate for the Liberia Truth and Reconciliation Commission. For the 2013–2015 academic years, she is a Distinguished Fellow in Social Justice at Barnard College of Columbia University. In 2013, she became an Oxfam Global Ambassador.

Gbowee speaks internationally to advance women’s rights, and peace and security. In 2016, Gbowee spoke at a protest march organized by Women Wage Peace, a political grassroots group working to advance a peace agreement between Israel and Palestine.

Gbowee is also an outspoken supporter of the non-profit organization A New Dimension of Hope, a foundation which builds schools in her home country of Liberia. In May 2015, she wrote personal letters to the contributors of NDhope’s crowd-funding campaign on Indiegogo.

As of April 2017, Gbowee is also Executive Director of the Women, Peace and Security Program at Columbia University.

Gbowee is also a contributor at The Daily Beast.

Leymah was named among the Inaugural List of 100 Most Influential African Women in 2019 by Avance Media.