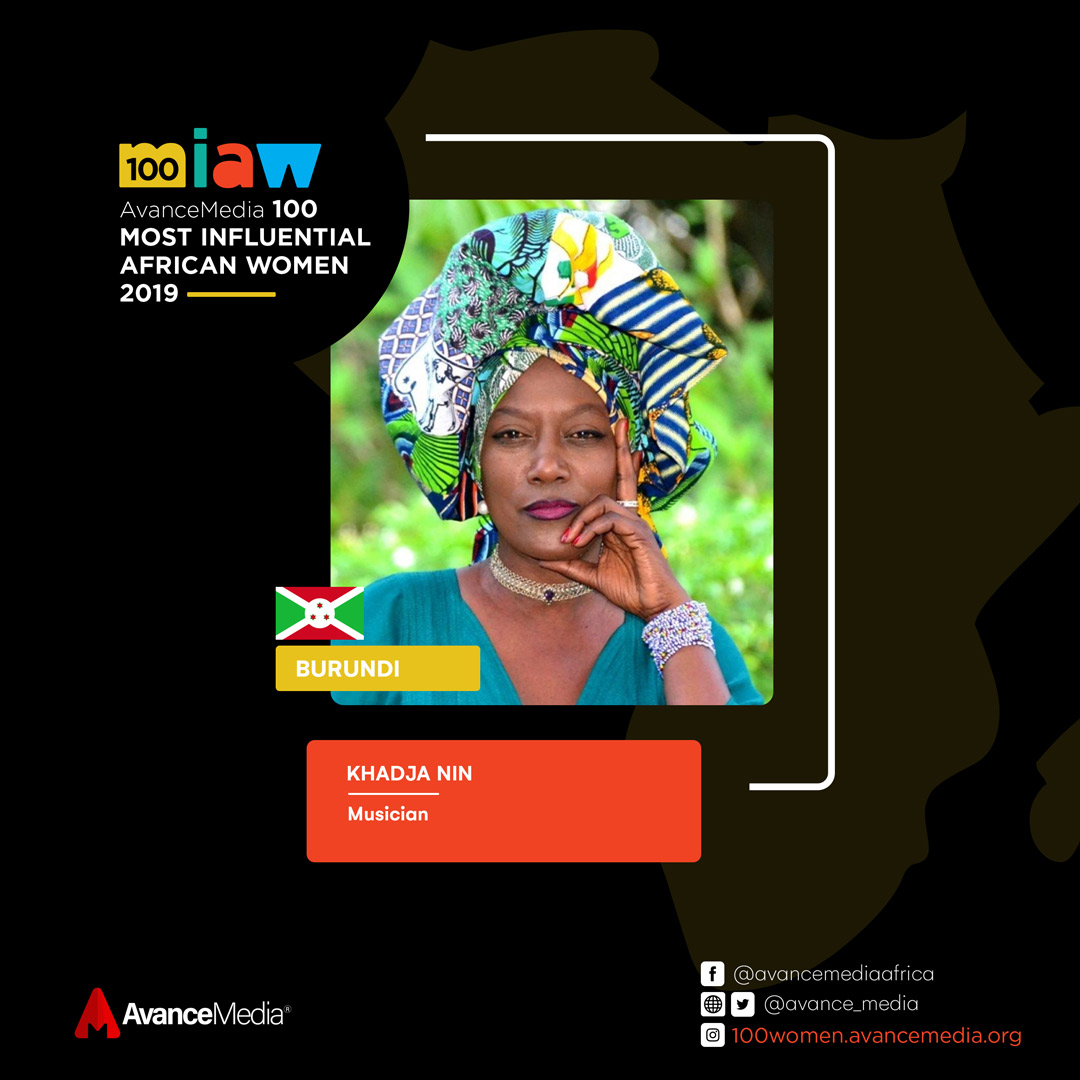 Khadja Nin is a Burundian singer and musician.Her breakthrough came in 1996 with her widely popular album Sambolera, which was sung in Swahili, Kirundi, and French. In 1997 she performed the song “Sailing” in a duet with Montserrat Caballé on the album Friends For Life. She successfully used a blend between African rhythms and modern pop to create her own unique brand of music. One of her most popular songs is Sina Mali, Sina Deni, a translated cover version of Stevie Wonder’s song Free.In January 2000, she sang at Palais Omnisports of Paris-Bercy with Sting and Cheb Mami. She remarried in 2006 with Belgian car driver Jacky Ickx, and they settled in Monaco.

In 2018, she was a jury member at the Cannes Film Festival, under the presidency of Cate Blanchett, alongside actresses Léa Seydoux and Kristen Stewart, director Ava DuVernay, actor Chang Chen and directors Robert Guédiguian, Denis Villeneuve and Andrei Zvyagintsev.