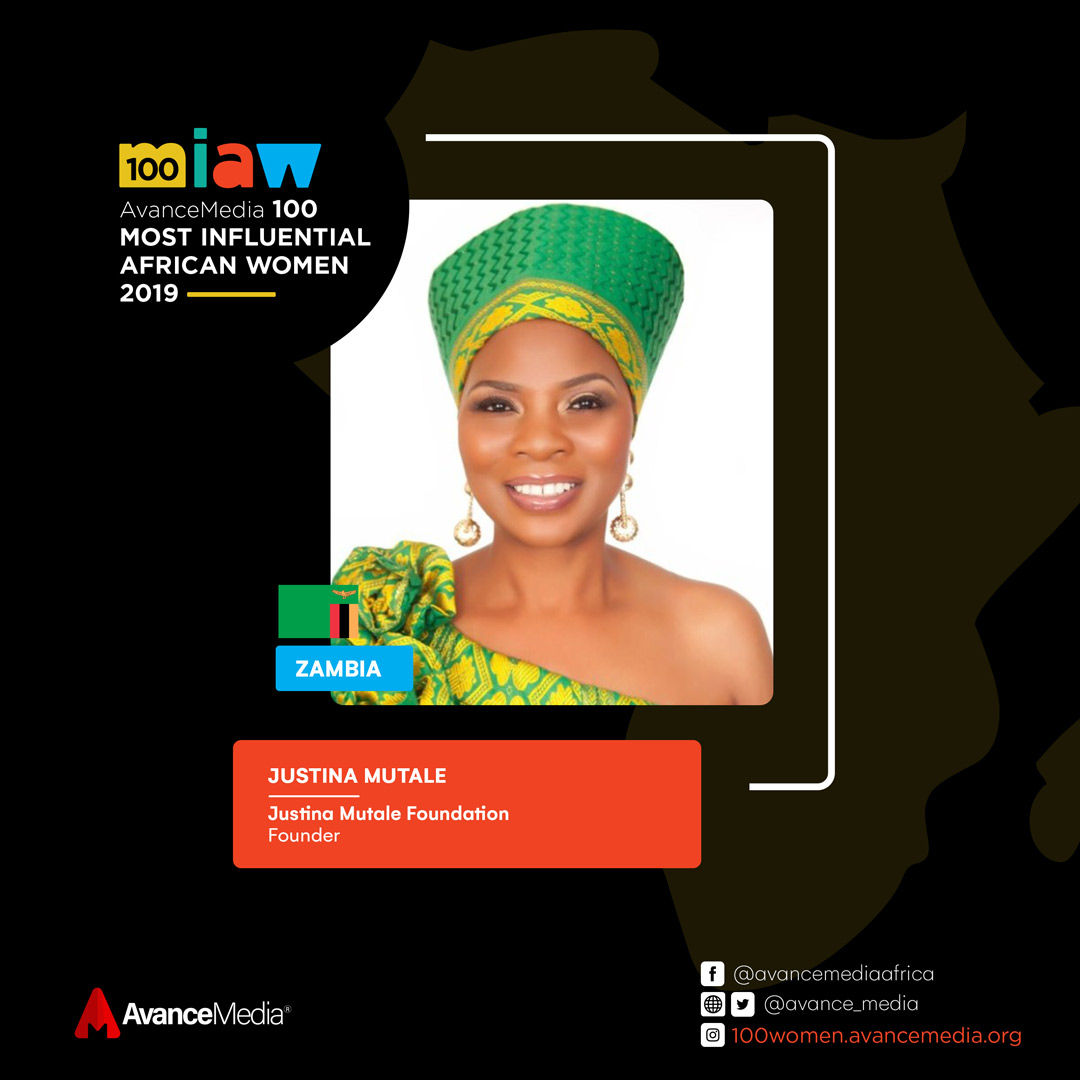 Justina is the Founder & President of the Justina Mutale Foundation and its Scholarship Programme for underprivileged African Young Women. She is also Founder of POSITIVE RUNWAY: The Global Catwalk to Stop the Spread of HIV/AIDS. Named as one of Africa’s most respected names, well-known faces, and influential voices, Justina is listed in various Who’s Who Lists, Power Lists and Influential Lists, including the 100 Most Influential Creatives; Black Women in Europe Power List; Global Women Leaders Hall of Fame; and the Black 100+ Hall of Fame, an Exhibition & Legacy of the top 100 Black Achievers in modern Britain. She is also a Distinguished Member of the Royal Biographical Institute and the Global Institute of Human Excellency.

Justina  has been honoured for her outstanding and phenomenal leadership qualities as a National and Regional Stateswoman; as well as Global Leader of the Year, and Iconic Woman Leader of the Decade. She serves on the Board of the World Leaders Forum and is Global Ambassador and Spokesperson of the International Women’s Think Tank. A civil society delegate to the United Nations Commission on the Status of Women (UNCSW) and the African Union High Level Panel on Gender Equality and Women’s Empowerment,  Justina serves as President, Patron, Ambassador, Trustee, Board Member, Advisor and Mentor to various humanitarian, charitable and community organisations in the UK and overseas. Prior to founding her own organisations, Justina worked in the Commonwealth Secretariat in London.

Justina was named among the Inaugural List of 100 Most Influential African Women in 2019 by Avance Media.