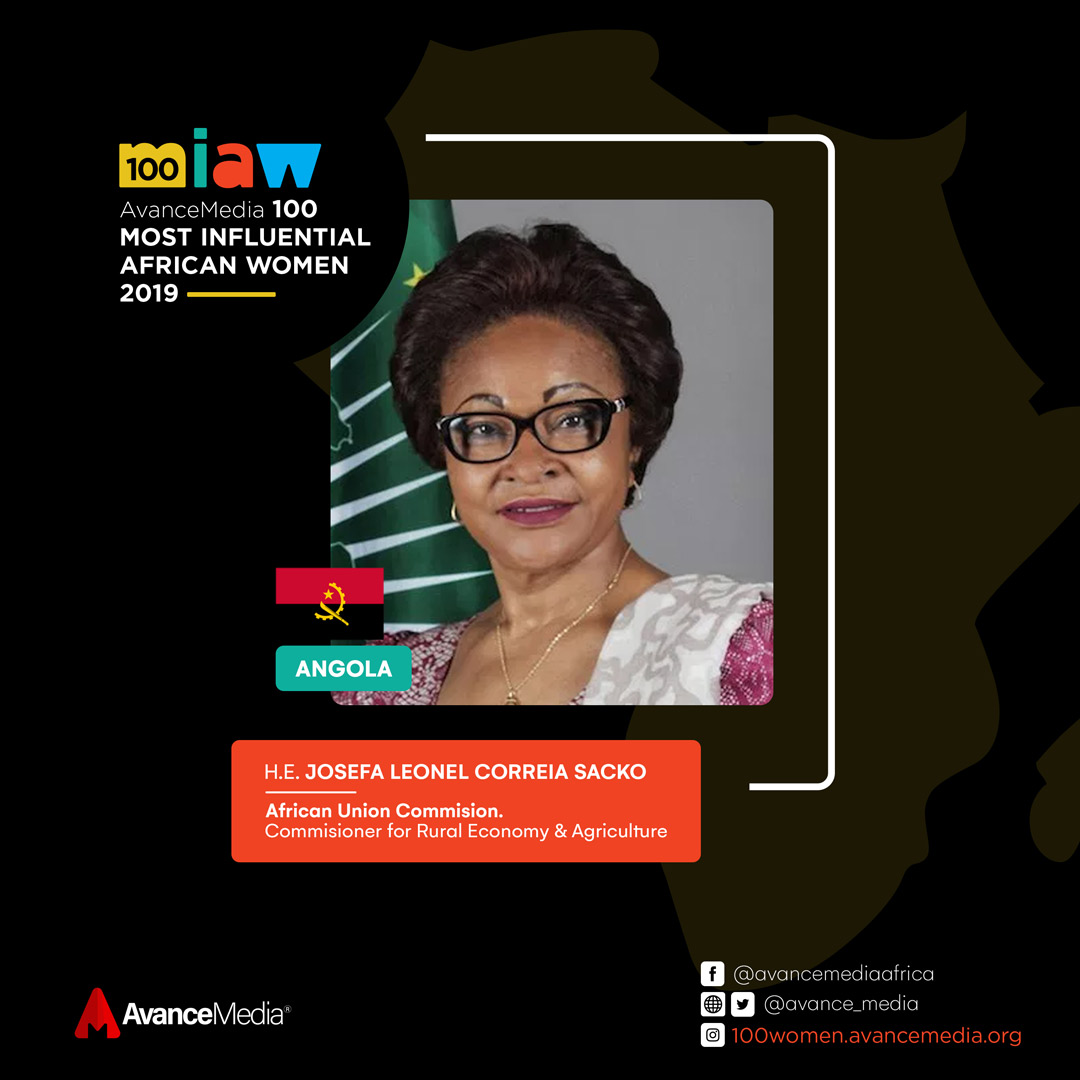 H.E. Josefa Leonel Correia Sacko, an Angolan national, is a leading African Agronomist. She was elected as the Commissioner for Rural Economy and Agriculture of the African Union Commission in January 2017.

Prior to that, she was a Special Adviser to two Ministers in Angola, her home country, including the Angolan Minister of Environment, where she also served as Ambassador responsible for Climate Change. In the Department of the Minister of Agriculture, Mme Sacko oversaw food security, eradication of hunger and poverty reduction. The former Secretary General of the Inter African Coffee Organization (IACO) for 13 years in Cote D’Ivoire, she represented the coffee economy for 25 African coffee-producing countries.

During her tenure, she successfully advocated for the empowerment of small-scale coffee farmers across the continent by setting up Regional Centres of Excellence for Capacity Building of Member States, on Genetic Material Conservation, Coffee Quality Improvement and Cup Tasting Liquor in Cote d’Ivoire, Uganda, Cameroon and Zambia.

H.E. Sacko is one of the African women Africa should be proud of, and she has built up her international profile and reputation by working with regional and global institutions on agriculture and many other sectors supported by World Trade Organization (WTO), African Union (AU), International Coffee Organization (ICO), African Development Bank (AFDB), African Bank for Export and Import (AFREXIMBANK), (FAO), UNECA, NEPAD etc. The other notable cooperation/partnerships she has worked with include the Regional Economic Communities (RECS), namely, SADC, COMESA, ECOWAS and EAC, where she has actively participated to address the challenges encountered by small-scale farmers in Africa, ensuring that they remain a central focus in regional and national policy-making for development.