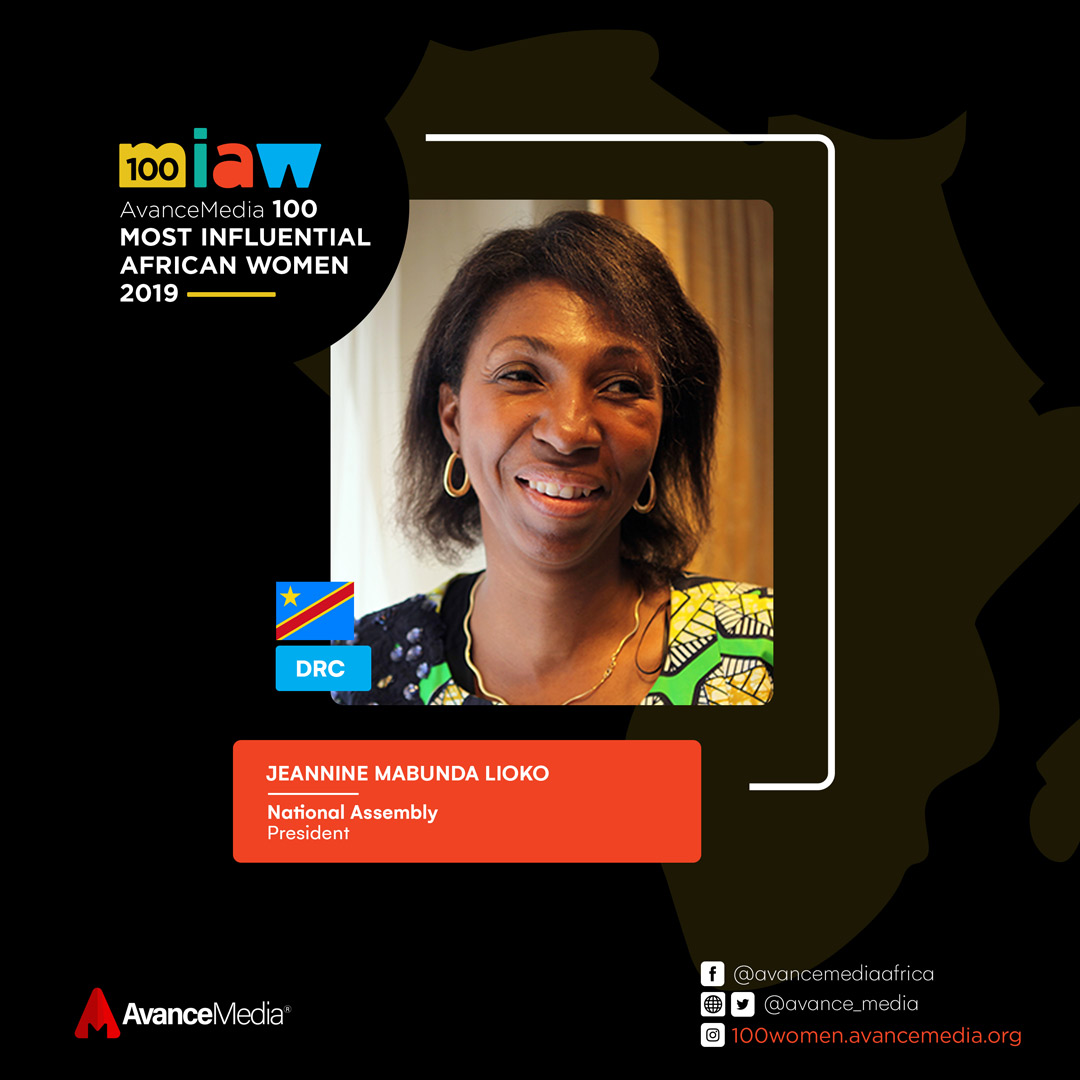 Jeanine Mabunda  is a Congolese lawyer and politician who in 2019 became the first woman elected to lead the DRC’s National Assembly.

Mabunda was an executive of the Central Bank of Congo and was Director General of the Industry Promotion Fund for five years.

Mabunda was elected to the National Assembly in 2011 and re-elected in 2018 to represent Bumba in Mongala province. She belongs to the Common Forum for Congo (FCC) coalition. She has served as Minister of Industry and as an adviser to President Joseph Kabila in the fight against sexual violence and the recruitment of child soldiers. She is also a leader of the woman’s league in the PPRD. In May 2017, she participated in a debate on “Women and Peace and Security” before the UN Security Council in New York.

On 24 April 2019, Mabunda was elected to lead the Congolese National Assembly, becoming the first woman to do so. She was the only candidate after her challenger Henry Thomas Lokondo was ruled ineligible. She was nominated by former President Kabila and supported by President Félix Tshisekedi.

Jeanine was named among the Inaugural List of 100 Most Influential African Women in 2019 by Avance Media.