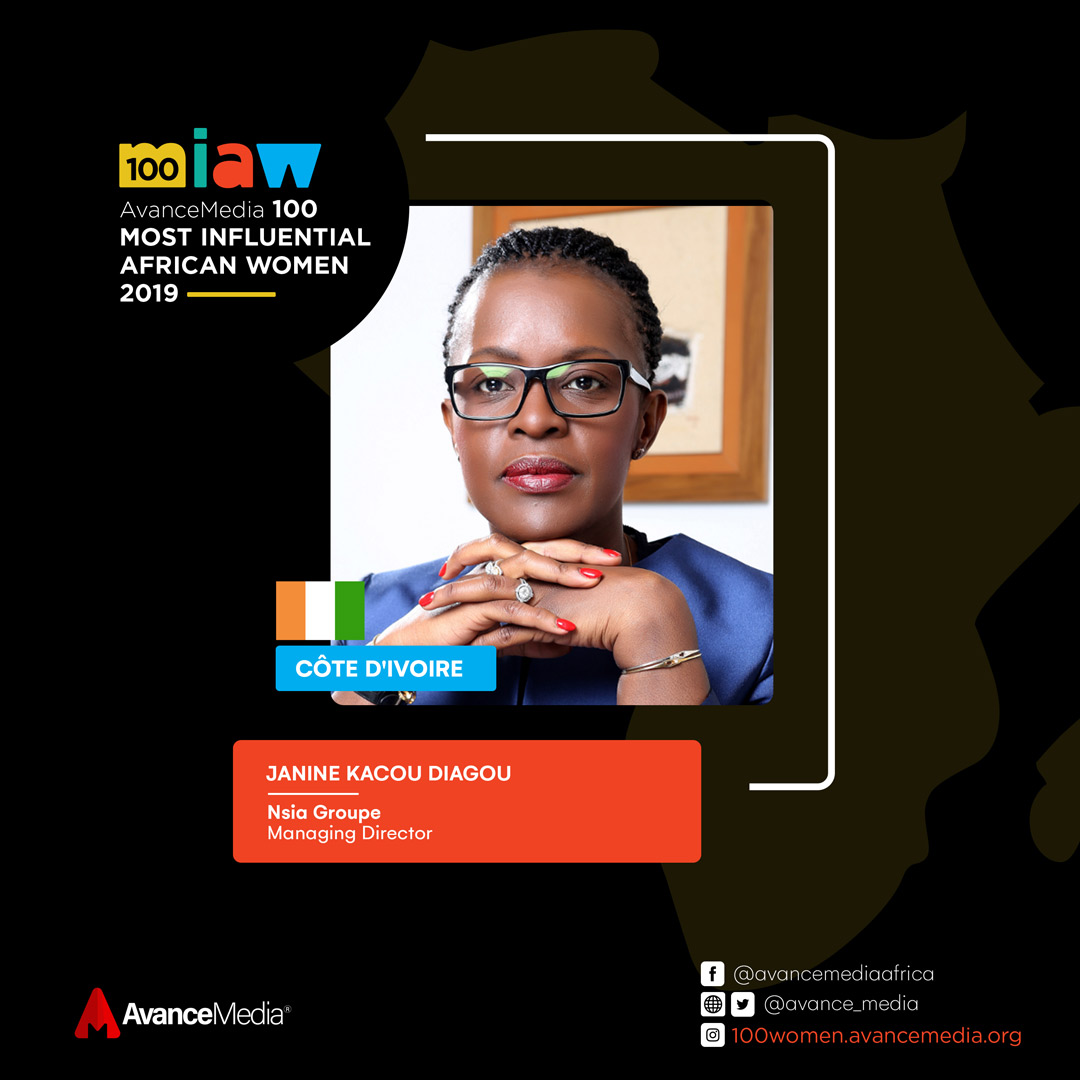 Janine Kacou DIAGOU is currently the Group Chief Executive Officer at NSIA Participations. She holds a d Bachelor’s Degree in Business administration (IFAM Paris) and a Master of Science in Finance from Middlesex University, London. She joined the NSIA Group in 1999 as the Director responsible for Audit and Control Management of the Ivorian Subsidiary. In this position for five years, she honed her knowledge of the group. Ms. DIAGOU was named CFO of NSIA Ivory Coast in 2004, then NSIA Participations, and in 2006, played a key role in the acquisition of BIAO Bank, the oldest bank in Ivory Coast which is now the third ranking bank in the Ivorian market. She was promoted in 20011 to the function of deploying the strategy of the business of Group NSIA. In 2014, she was honoured by the Ivorian President of the Republic who appointed her a member of the Economic and Social Council of Côte d’Ivoire. In January 7, 2015, she was also made Officer of the National order by the Grand Chancellery of her country.

She was appointed in September 2015 as a member of the Continental Network Companies (CNB) that brings together business leaders chosen with the objective of being a ‘unique consultative platform on issues of infrastructure investment, in order to produce recommendations, propose approaches and practical measures to improve the investment climate in Africa’. Janine DIAGOU is also Chairman of NSIA Banque Bénin, Sénégal and Togo.

Janine was named among the Inaugural List of 100 Most Influential African Women in 2019 by Avance Media.