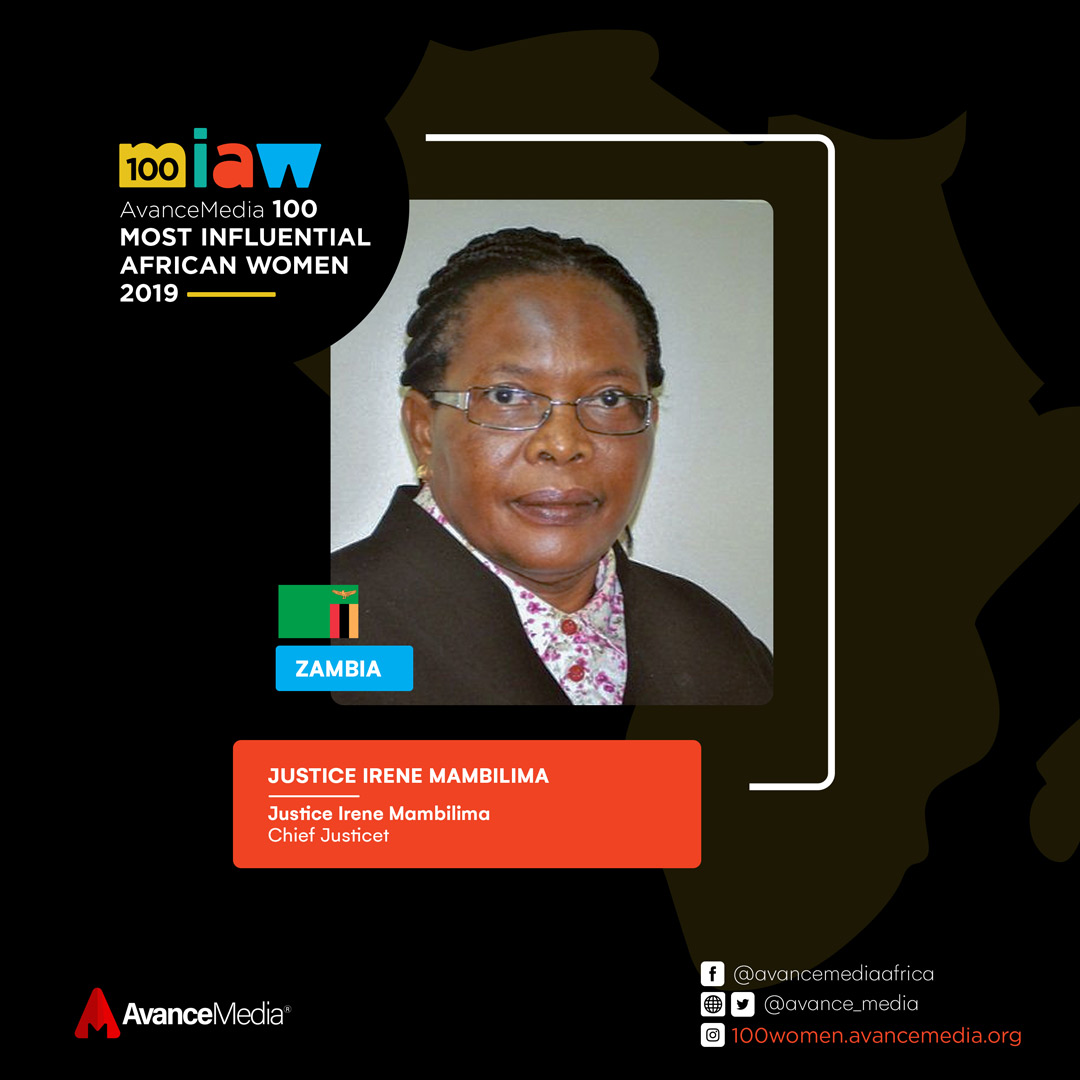 Irene Chirwa Mambilima is the Chief Justice of Zambia, in office since 2015.

Prior to her appointment as Chief Justice, Mambilima was the Chairperson of the Electoral Commission of Zambia. In this position, she presided over Zambia’s 2006, 2011 presidential and parliamentary elections, and the January 2015 presidential by-election. She has been part of several election observer missions including in Liberia, Kenya, Mozambique and Seychelles. Other past international assignments have included serving as Sessional Judge of the Supreme Court of The Gambia.

Justice Mambilima sits on the International Board of the International Association of Women Judges (IAWJ) as a Director of the Africa Region. She is also a member of a number of professional associations including the Zambia Association of Women Judges, the Editorial Board Council of Law Reporting, the Child Fund (Zambia), Women in Law Southern Africa, and the Council of the Institution of Advanced Legal Education.

Mambilima’s appointment as Chief Justice was unanimously ratified by the Zambian Parliament in February 2015, making her the country’s first female Chief Justice