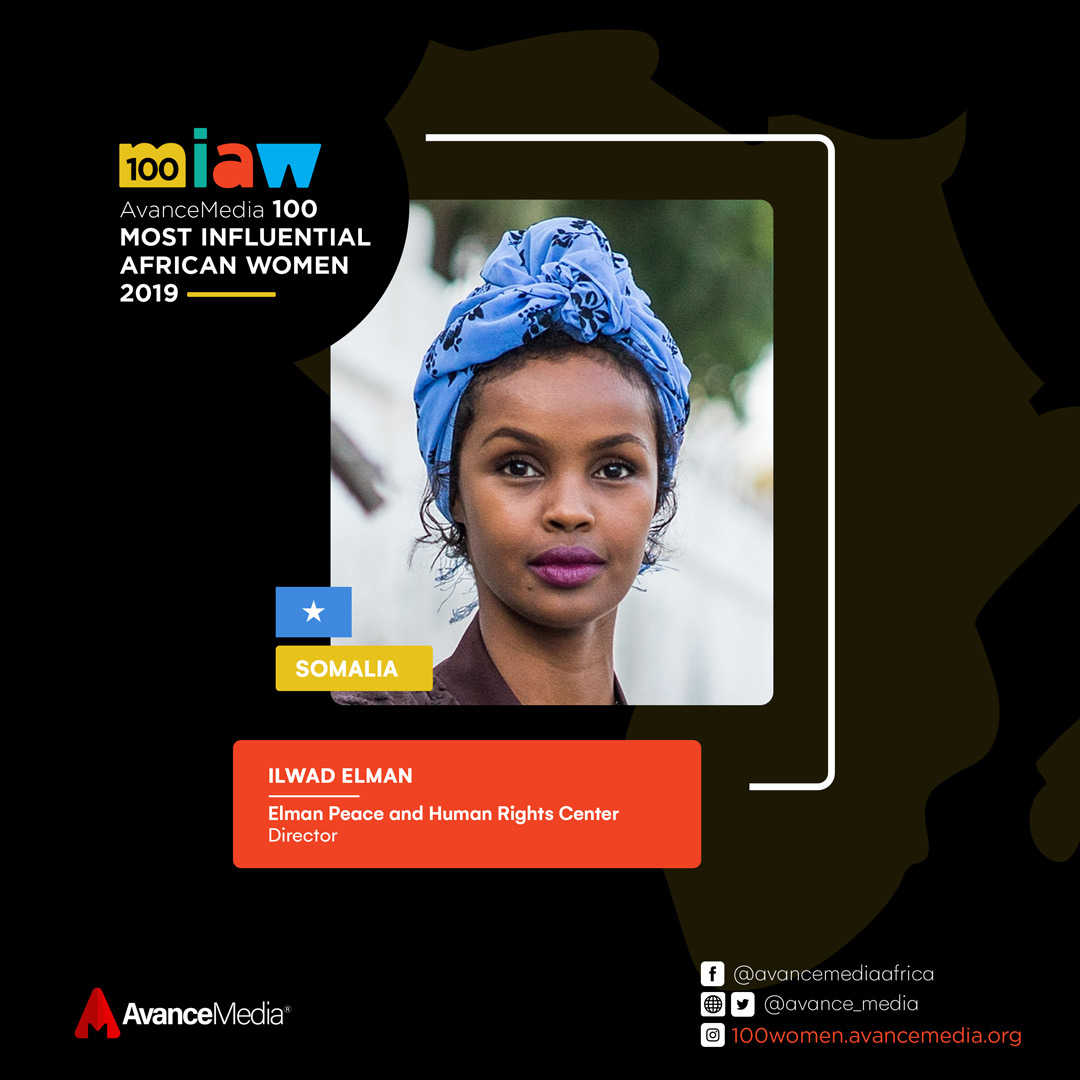 Ilwad returned from Canada to Somalia in 2010 whilst the conflict still raged heavily and the majority of Mogadishu and South Central Regions of Somalia were lost to the control of the Al-Qaeda linked terrorist group Al-Shabaab. She remained in Somalia ever since, co-founding the first rape crisis centre for survivors of sexual and gender based violence, designing interventions aimed at security sector reform to create an inclusive space for women in peace building, and developing programs for the disarmament and rehabilitation of child soldiers and adults defecting from armed groups for their socio-economic empowerment, rehabilitation and reintegration.

Beyond her duties at Elman Peace; Ilwad is an advocate for the Kofi Annan foundation’s latest initiative called Extremely Together, where she and 9 other youth leaders under the mentorship of Mr. Kofi Annan are Preventing Violent Extremism by inspiring, engaging and empowering youth globally.

Ilwad additionally serves as the chair of the Child Protection Gender Based Violence Case Management Group in Mogadishu; is a founding member of the Advisory Committee for Researching Gender Based Violence Social Norms in Somalia and South Sudan, is a member of the international practitioners network for civilian casualty recording, as well as an expert in the Women Waging Peace Network for Inclusive Security.

Ilwad briefed the UN Security Council on the Protection of Civilians debate in 2015; it was the first time a civil society representative was invited to speak on this issue before the Security Council, as well as the first time the annual thematic debate focused on women’s empowerment and participation. She later co-wrote the Youth Action Agenda on Countering Violent Extremism which was cited in the historic UN Security Council Resolution 2250 on youth, peace and security. August 2016, Ilwad was appointed by UN Secretary General Ban Ki-Moon an expert advisor on Youth, Peace & Security and has been tasked to counsel a study to develop a strategy on UNSCR 2250.

Ilwad was also named among the Inaugural List of 100 Most Influential African Women in 2019 by Avance Media.