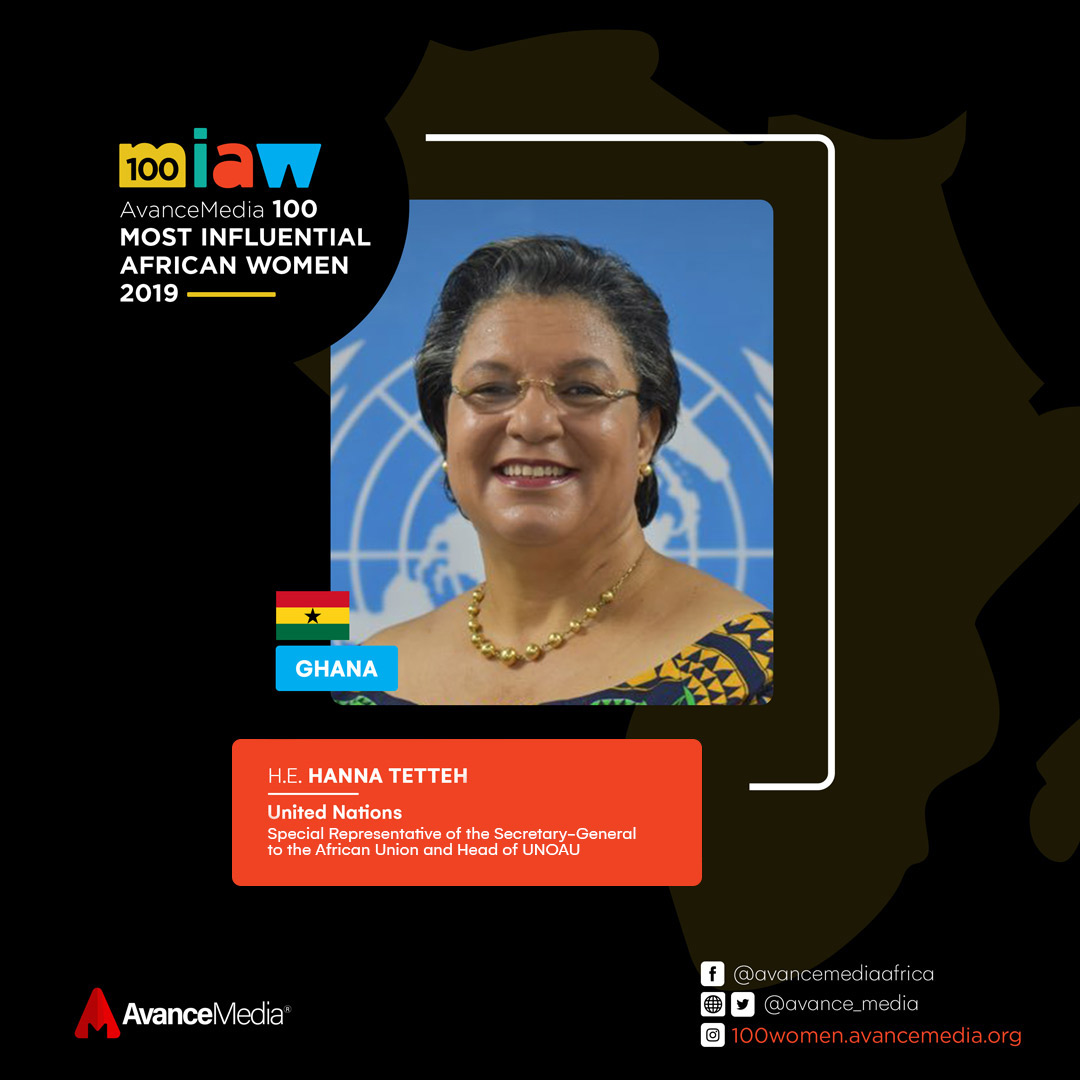 H.E.Hanna Tetteh
Special Representative of the Secretary-General to the African Union and Head of UNOAU, UN
Ghana

Ms. Tetteh is a practising Lawyer and holds a Bachelor of Laws (LLB)  degree from the University of Ghana, Legon. She also completed her professional law course at the Ghana School of Law and was called to the Ghana Bar in October 1992.