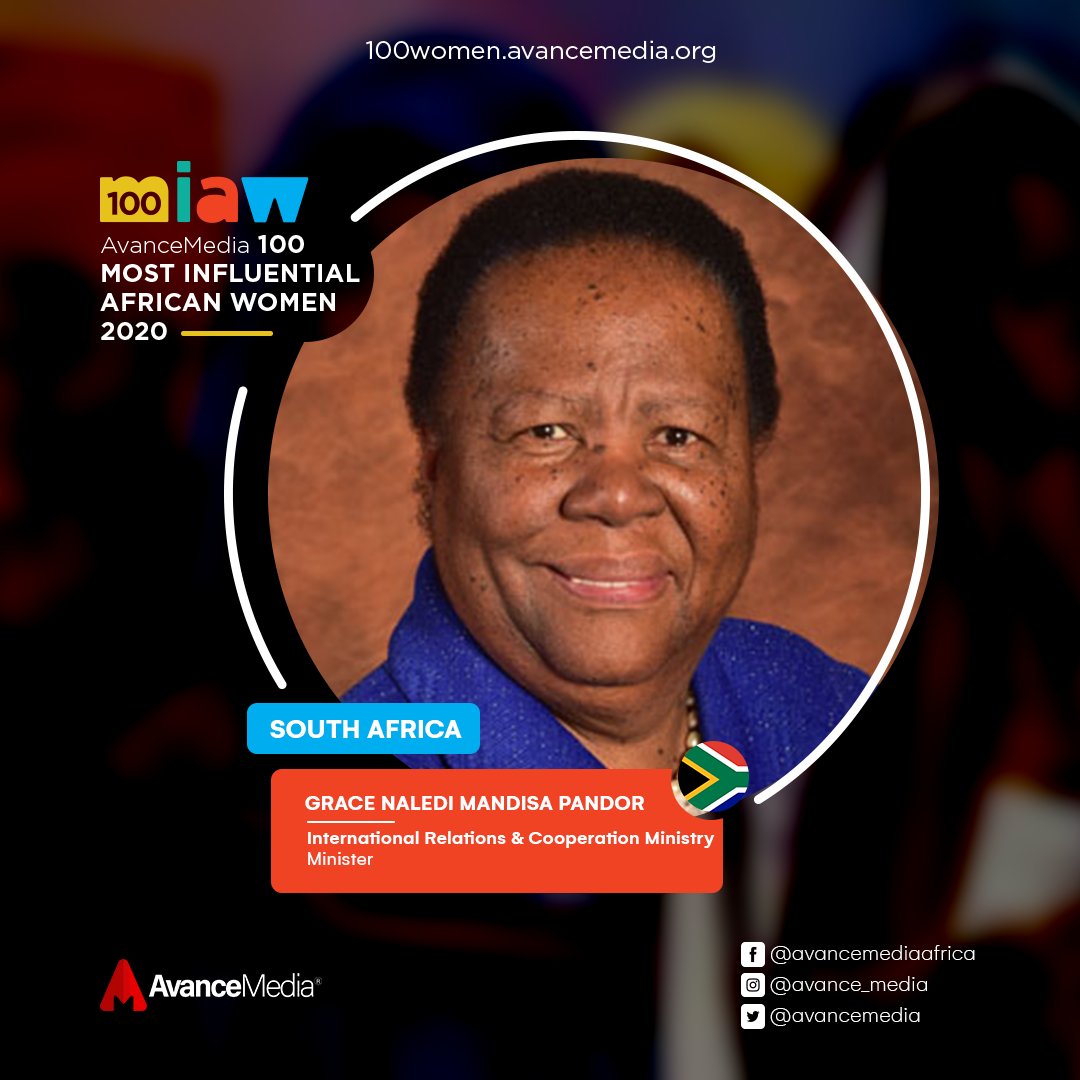 Hon. Grace Naledi M. Pandor is South Africa’s Minister of International Relations and Cooperation. She was previously Minister of Home Affairs, Minister of Higher Education & Training and Minister of Science and Technology.

In 2000, Ms Pandor was a member of the ANC National Executive Committee and a member of sub-committees on education, communications, archives and political education. She also served as Chancellor of Cape Technikon between 2002 and 2004, and she was a member of the Council of the University of Fort Hare during the same period.