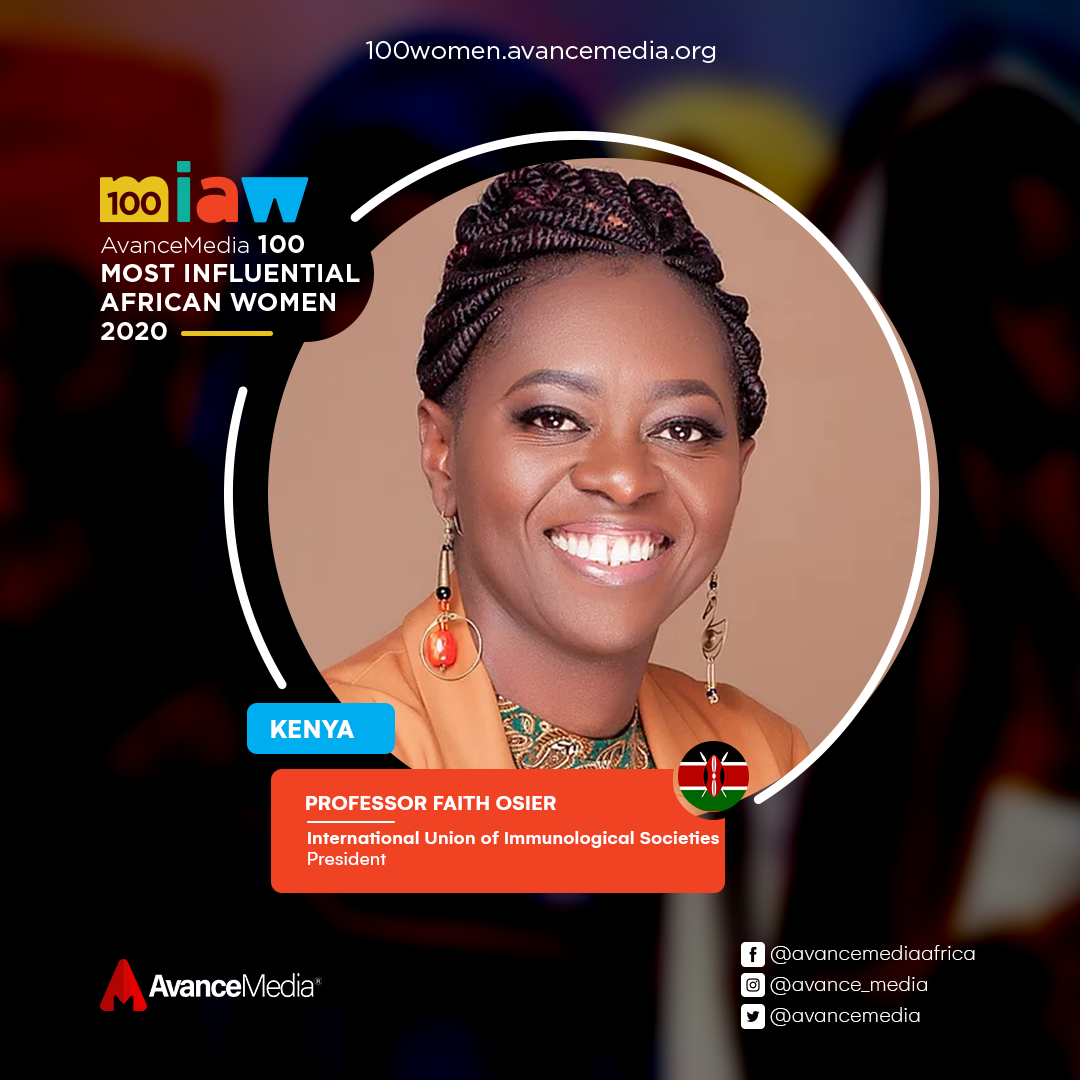 Professor Faith Osier is the President of the International Union of Immunological Societies, an umbrella organization for many of the regional and national societies of immunology throughout the world.

She is a TED Fellow and has won multiple international prizes for her research in understanding the mechanisms of immunity against Plasmodium falciparum in man.

She is Visiting Professor of Malaria Immunology in the Nuffield Dept of Medicine, Oxford University, and holds the prestigious Sofja Kovalevskaja Award from the Alexander Humboldt Foundation as well as an EDCTP Senior Fellowship. In 2014, she won the Royal Society Pfizer Prize, UK. She holds major research grants from the Wellcome Trust and is an MRC/DfID African Research Leader. Faith trained as a clinician at the University of Nairobi, Kenya and obtained her MBChB degree in 1996.

She has a PhD from the Open University, UK and in 2014 she was awarded the Young African Scientist Award by EVIMalaR, won the Merle A Sande Health Leadership Award.