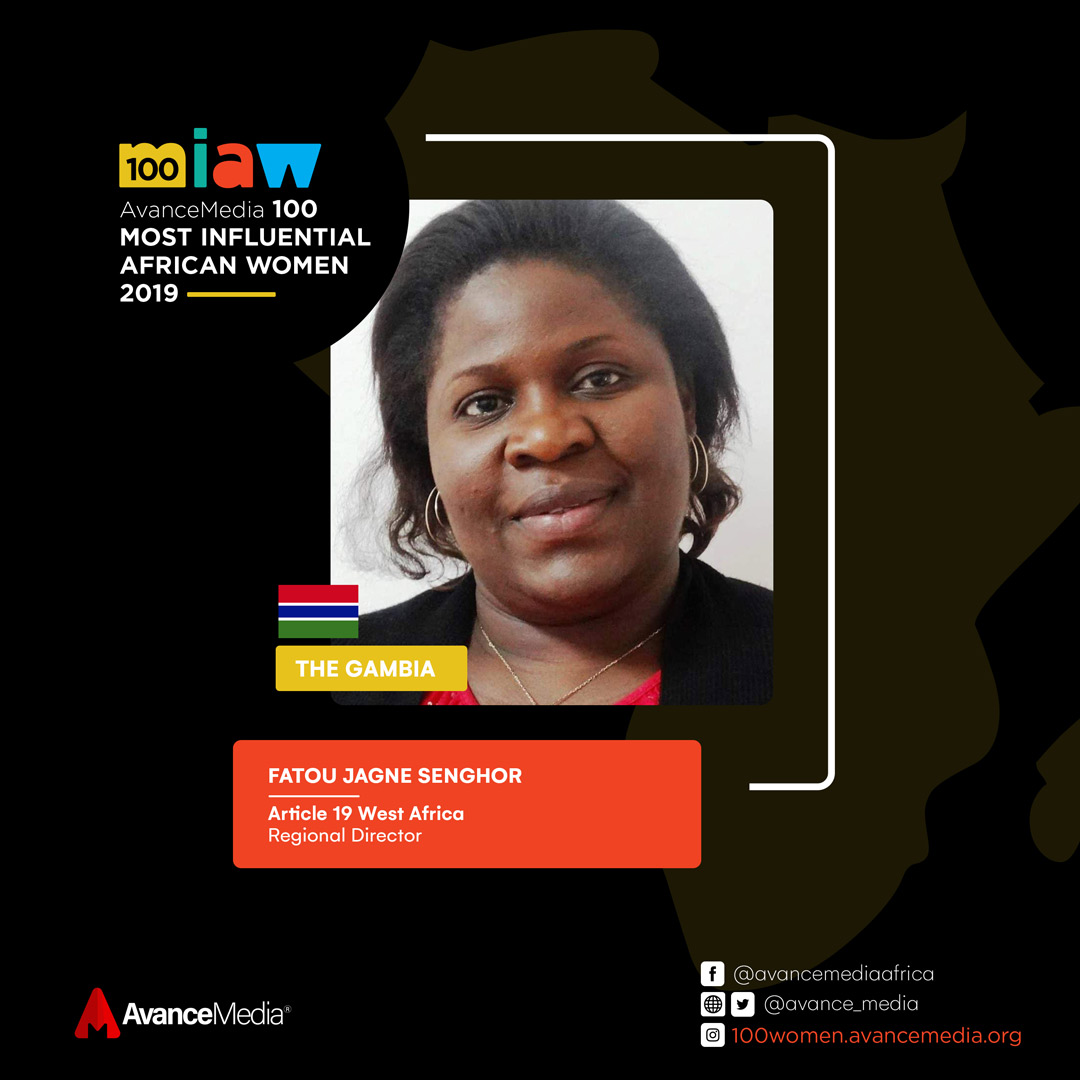 Fatou Jagne Senghor is the director of ARTICLE 19 West Africa, based in Senegal. She has more than 18 years’ experience working on human rights in Africa. Prior to establishing ARTICLE 19’s regional office in Senegal in 2010, she coordinated ARTICLE 19’s work to assist the African Commission on Human and People’ Rights (ACHPR) to adopt a landmark Declaration on Freedom of Expression in Africa and worked with the ACPHR Focal Point to develop the framework for the mechanism of the Special Rapporteur on Freedom of Expression in Africa.

She represented ARTICLE 19 in IFEX lead advocacy, and the Tunisia Monitoring Group, and from 2011-2012 supported programmes development for ARTICLE 19 in Tunisia. She serves in several working groups and regional oversight committees.

Fatou was awarded the honor of Knight of the National Order of Merit (Chevalièr dans l’Ordre National du Mérite) by the President of France in April 2018 in recognition of her human rights’ work especially in the Gambia. She also received the Shield Awards for West Africa by the Pan-African Human Rights Defenders Network in June 2019 in recognition of her human rights contribution.

Fatou was also named among the Inaugural List of 100 Most Influential African Women in 2019 by Avance Media.