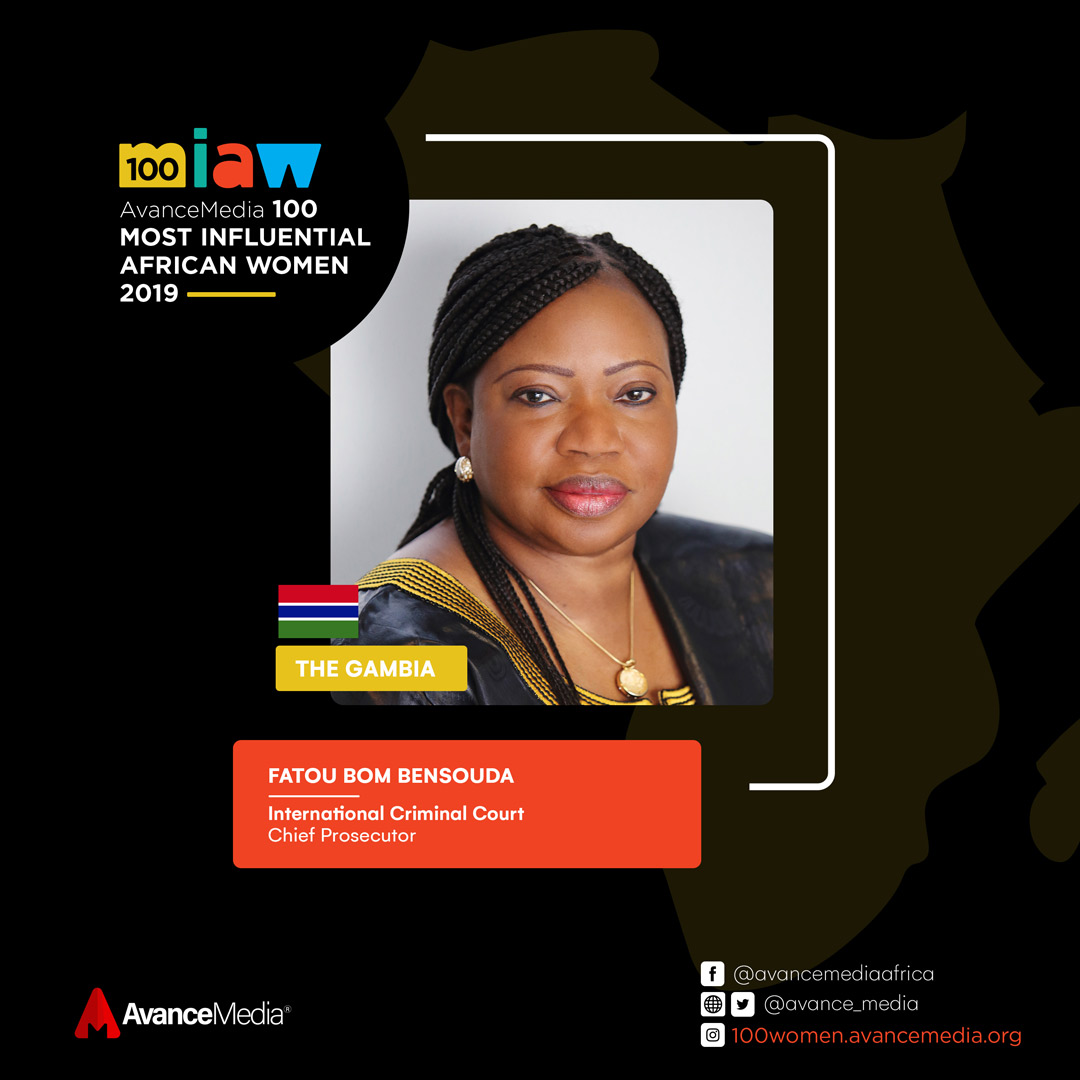 On 12 December 2011, Ms Fatou Bensouda of The Gambia was elected by consensus Prosecutor of the International Criminal Court by the Assembly of States Parties. Ms Bensouda was sworn in on 15 June 2012.

Ms Bensouda had previously held the position of ICC Deputy Prosecutor (Prosecutions), having been elected with an overwhelming majority by the Assembly of States Parties on 8 August 2004 and serving as such until May 2012.

Before joining the ICTR, she was General Manager of a leading commercial bank in The Gambia. Between 1987 and 2000, she was successively Senior State Counsel, Principal State Counsel, Deputy Director of Public Prosecutions, Solicitor General and Legal Secretary of the Republic, and Attorney General and Minister of Justice, in which capacity she served as Chief Legal Advisor to the President and Cabinet of The Republic of The Gambia.

Ms Bensouda also took part in negotiations on the treaty of the Economic Community of West African States (ECOWAS), the West African Parliament and the ECOWAS Tribunal. She has served as delegate to United Nations conferences on crime prevention, the Organization of African Unity’s Ministerial Meetings on Human Rights, and as delegate of The Gambia to the meetings of the Preparatory Commission for the International Criminal Court.

Ms Bensouda holds a masters degree in International Maritime Law and Law of The Sea and as such is the first international maritime law expert of The Gambia.