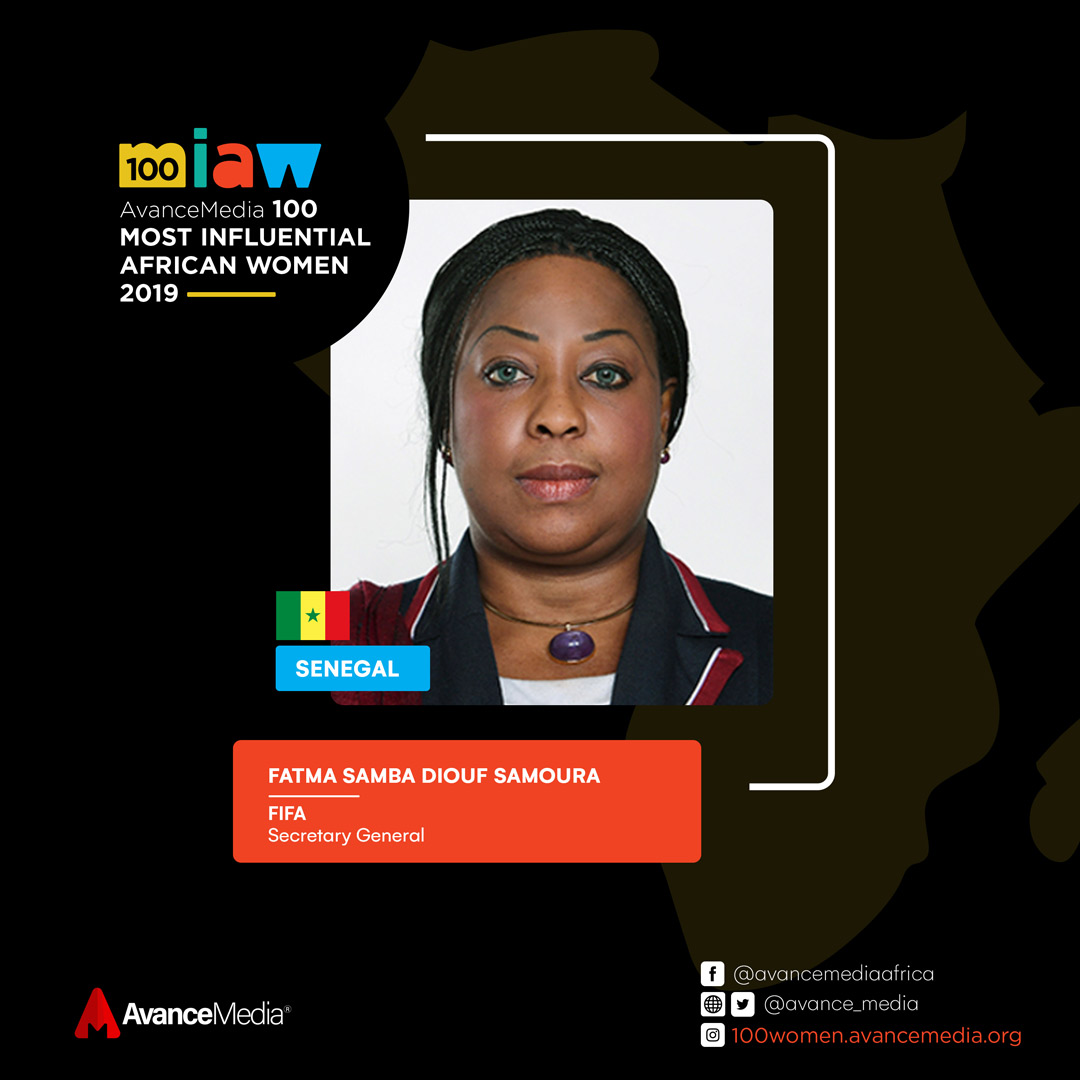 Fatma Samba Diouf Samoura is a Senegalese former diplomat and senior executive. She was appointed as the first female Secretary General of FIFA by President Gianni Infantino on 13 May 2016 and assumed her post on 20 June 2016. Previously she worked in various positions at the United Nations. In 2018 Forbes ranked her Number 1 in their Most Powerful Women in International Sports list and the BBC listed her as one of their 100 women.

After joining the United Nations World Food Programme (WFP) in 1995, she served as Country Director for WFP in Djibouti and Cameroon and also worked at the WFPheadquarters in Rome. She covered numerous complex emergencies, including Kosovo, Liberia, Nicaragua, Sierra Leone, and Timor-Leste (East Timor).

On 1 November 2007, UN Secretary-General Ban Ki-moon, in consultation with the Under-Secretary-General for Humanitarian Affairs John Holmes, appointed her as Deputy Humanitarian Coordinator (DHC) for eastern Chad. She was based in the town of Abéché, located approximately 80 kilometres west of the border with the Sudan’s conflict-torn Darfur region. Chad currently hosts over 280,000 refugees and over 170,000 internally displaced persons (IDPs), most of whom are in the eastern region, and she was tasked with working for their return. The official’s functions consist in providing support and guidance to a team composed of seven United Nations agencies and over 40 international non-governmental organizations (NGOs) working in eastern Chad

In June 2016 she assumed the role of FIFA Secretary General responsible for overseeing the commercial and operational side of the organization.

Fatma was named among the Inaugural List of 100 Most Influential African Women in 2019 by Avance Media.