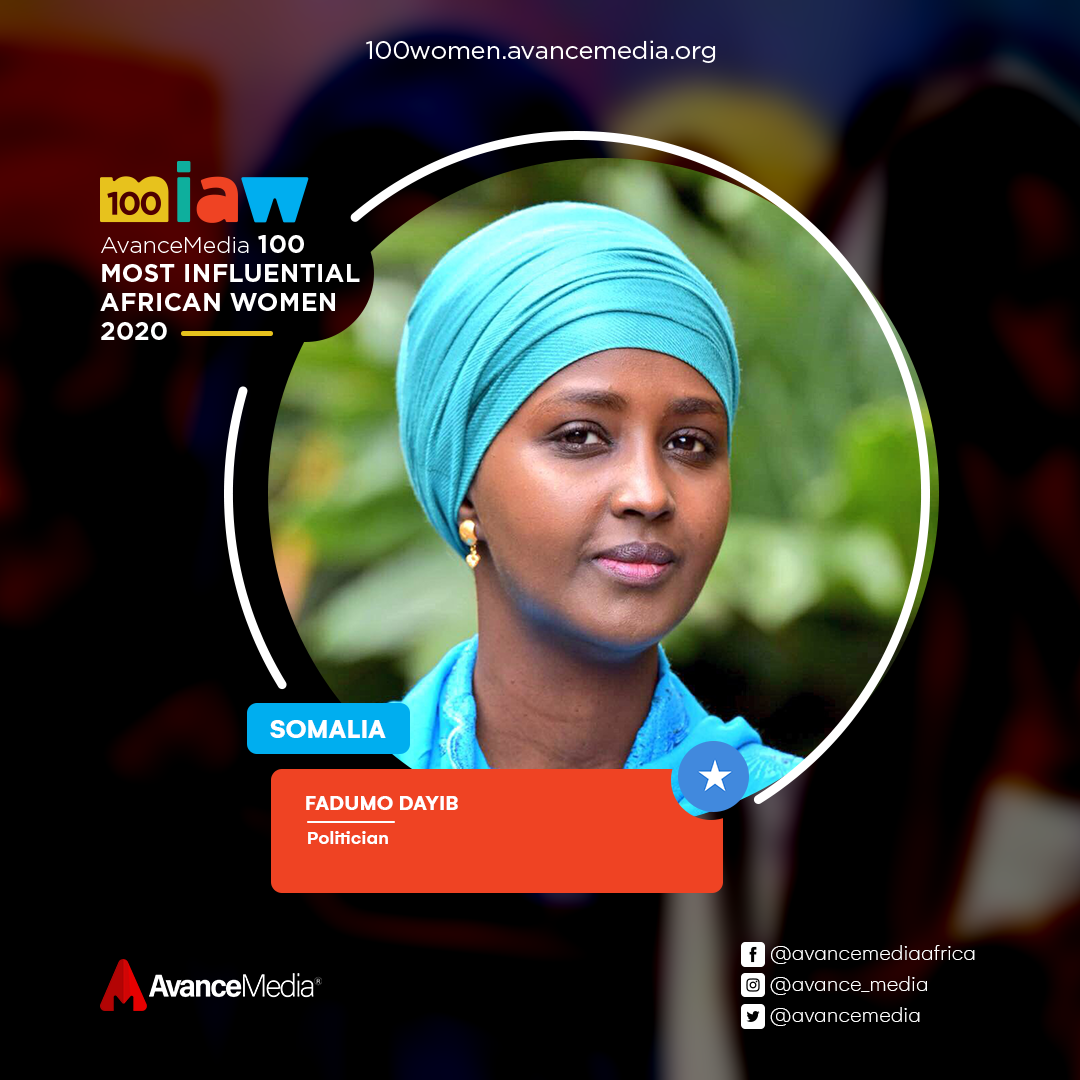 Fadumo Qasim Dayib is a Somalian politician and the first woman to run for President of Somalia in 2016.

She is a social change activist, a public health expert, development practitioner and has worked in the private sector on employment for refugees. She worked for the United Nations in Somalia setting up maternal health clinics in 2005.

In September 2014, she declared her ambitions to run for the Presidency of Somalia in the country’s first democratically-held election since 1967.
She has pioneered human rights activism in Africa with over 12 years’ experience as a healthcare practitioner focused on public health and prevention of mother-to-child transmission of HIV (PMTCT) in Somalia, Kenya, Liberia, Fiji and Finland.

She is a 2015 Mason Fellow at the John F. Kennedy School at Harvard University where she received her Masters in Public Administration and a PhD fellow at the University of Helsinki researching Women, Peace, and Security Issues in the Horn of Africa within the framework of UNSCR 1325.

She is a 2013 recipient of the prestigious Kone Foundation Scholarship and was awarded Feminist of the Year by the Feminist Association Union in 2014.