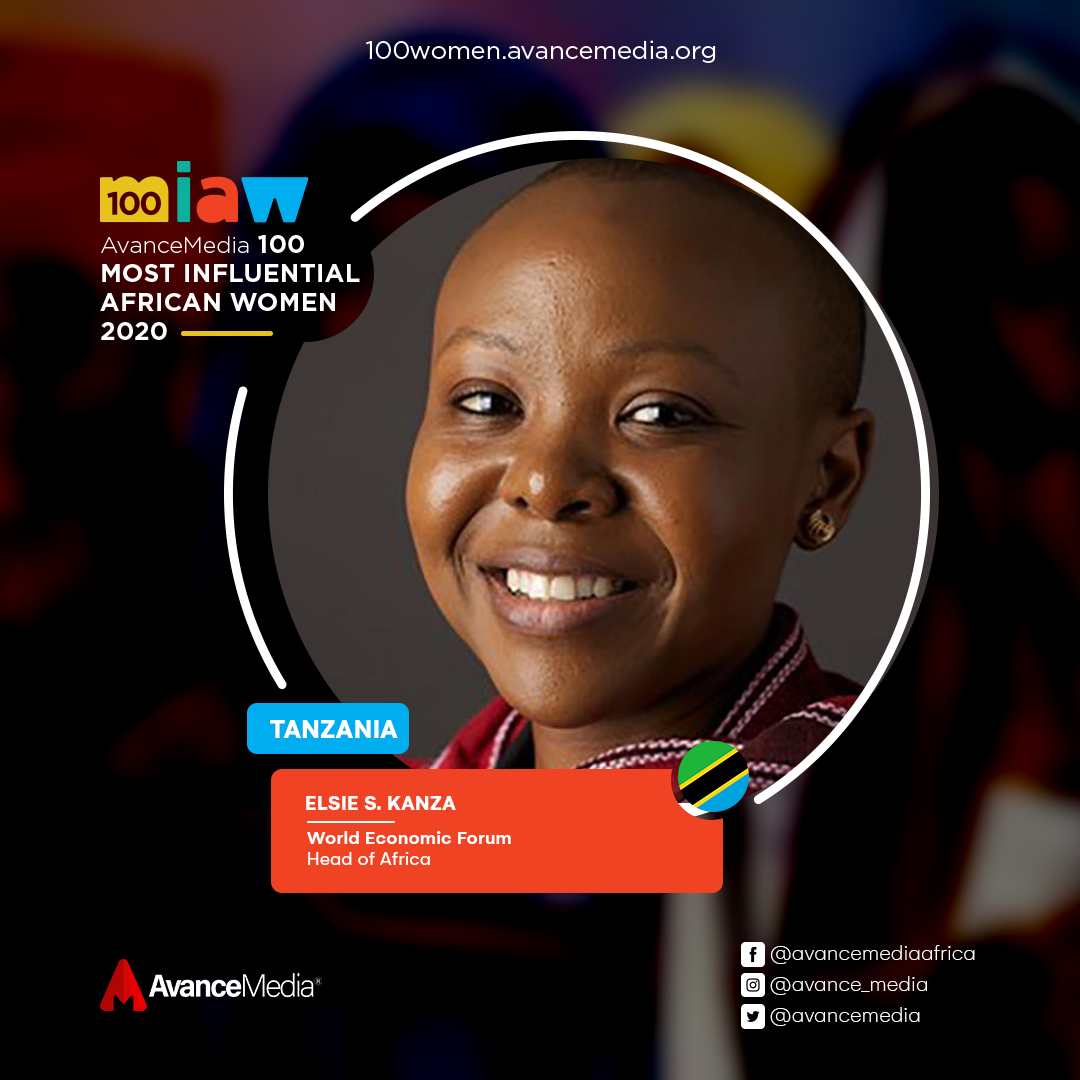 Elsie S. Kanza is an Economist and Head of Regional Agenda – Africa and Member of the Executive Committee at the World Economic Forum.

She previously served as Personal Assistant to H.E. Jakaya Mrisho Kikwete, President of the United Republic of Tanzania responsible for Economic Affairs from 2006 to 2011, as well as with the Ministry of Finance and Central Bank of Tanzania from 1997 to 2006.

She was honoured as a World Economic Forum Young Global Leader in 2011 and was a Desmond Tutu Leadership Fellow in 2008. She serves on several non-profit and advisory boards, including The Nature Conservancy and Mercy Corps Europe.